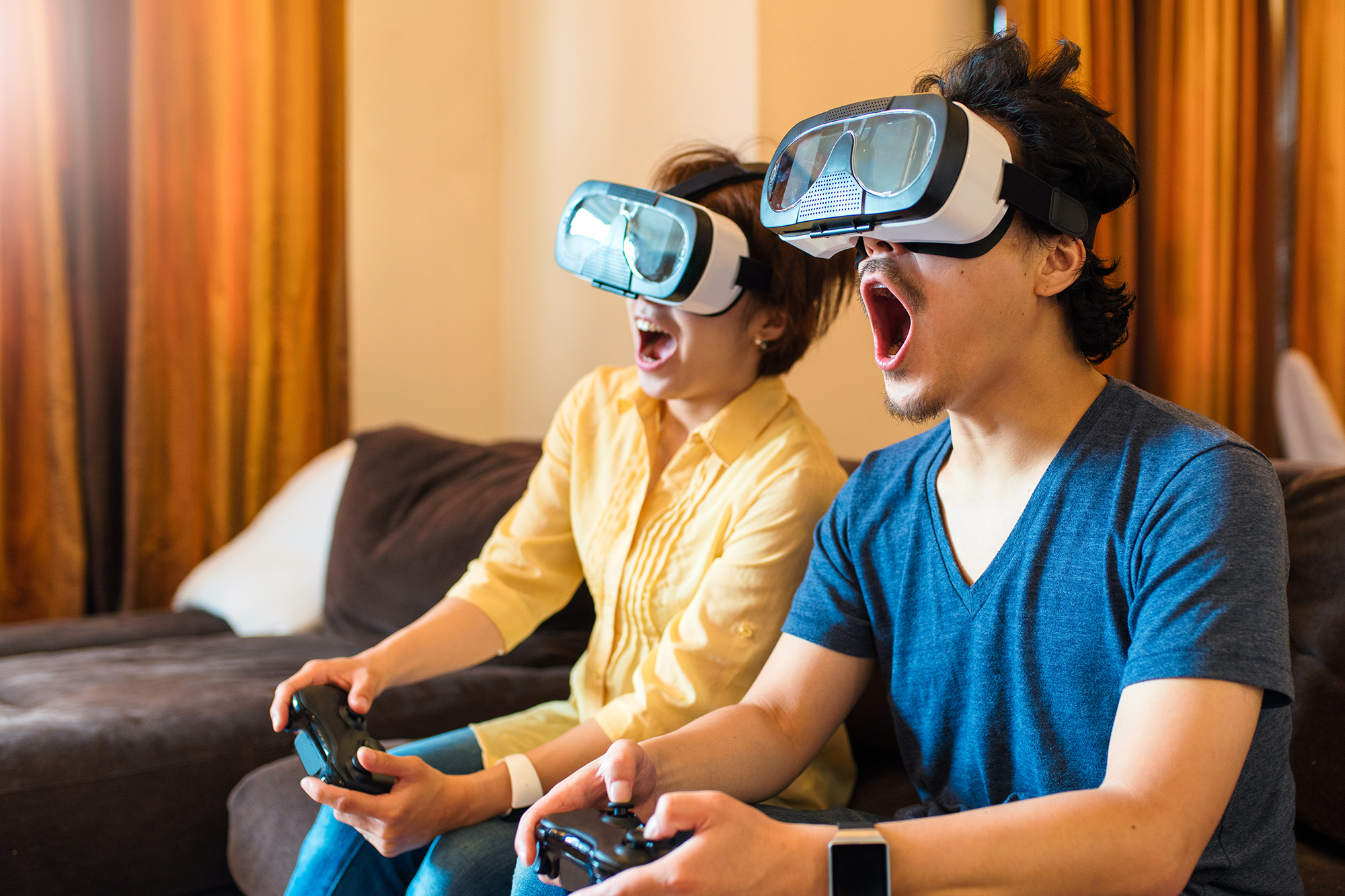 A German gamer has broken his neck while wearing a virtual reality headset after he moved too “intensely.”

Doctors claim the 31-year-old’s “repetitive” movements led to the neck being damaged — before part of the bone finally “cracked.”

The man went to the hospital after experiencing a piercing pain in his shoulders.

X-ray scans later revealed the man had fractured his C7 neck vertebra — which sits near the base of the neck above the shoulders.

Experts from the University of Leipzig Hospital, who treated the gamer, believe it is the world’s first documented of VR-related “stress fracture.”

Researchers say the unidentified man’s injury resembled ones seen in runners and soldiers as detailed in a medical journal, MailOnline found.

Virtual reality headsets, worth almost £400, can weigh almost 610g, though medics in the German man’s case did not detail the brand used.

Doctors claim the 31-year-old’s ‘repetitive’ movements led to the neck being damaged.Getty Images/iStockphoto

The man needed to wear a type of neck brace for six weeks to support his neck while it healed and he made a full recovery after 12 weeks.

The headsets are becoming increasingly popular equipment among gamers, with millions of them sold in both the UK and US in recent years.

Dr David Baur, an orthopedics and trauma specialist at the hospital where the man was treated, said the injury resembled “clay-shoveler’s fracture.”

This fracture is named after injuries recorded in clay miners in Australia in the 1940s.

The gamer went to the hospital after experiencing shooting pains in his shoulders.Getty Images

Workers were injured after rapidly flinging material over their shoulders out of mining pits using shovels.

This injury has also been recorded in professional athletes like volleyball players and horse riders.

Dr Baur said: “Since the patient had been playing VR games for many hours weekly with lightweight devices in his hands and on his head.

“We conclude that a stress-type fracture seems to be the more likely reason for the dislocated fracture of the spinous process from the seventh cervical vertebra.

“The repetitive movements and intense gaming habits could have led to a fatigue fracture.”

Repetitive stress fractures of this type are a common injury in soldiers on long marches, researchers said.

Doctors did not detail exactly when the man was injured – but virtual reality headsets have become increasing popular among gamers in recent years.

More information can be found in the Journal of Medical Case Reports.

This story originally appeared on The Sun and has been reproduced here with permission.