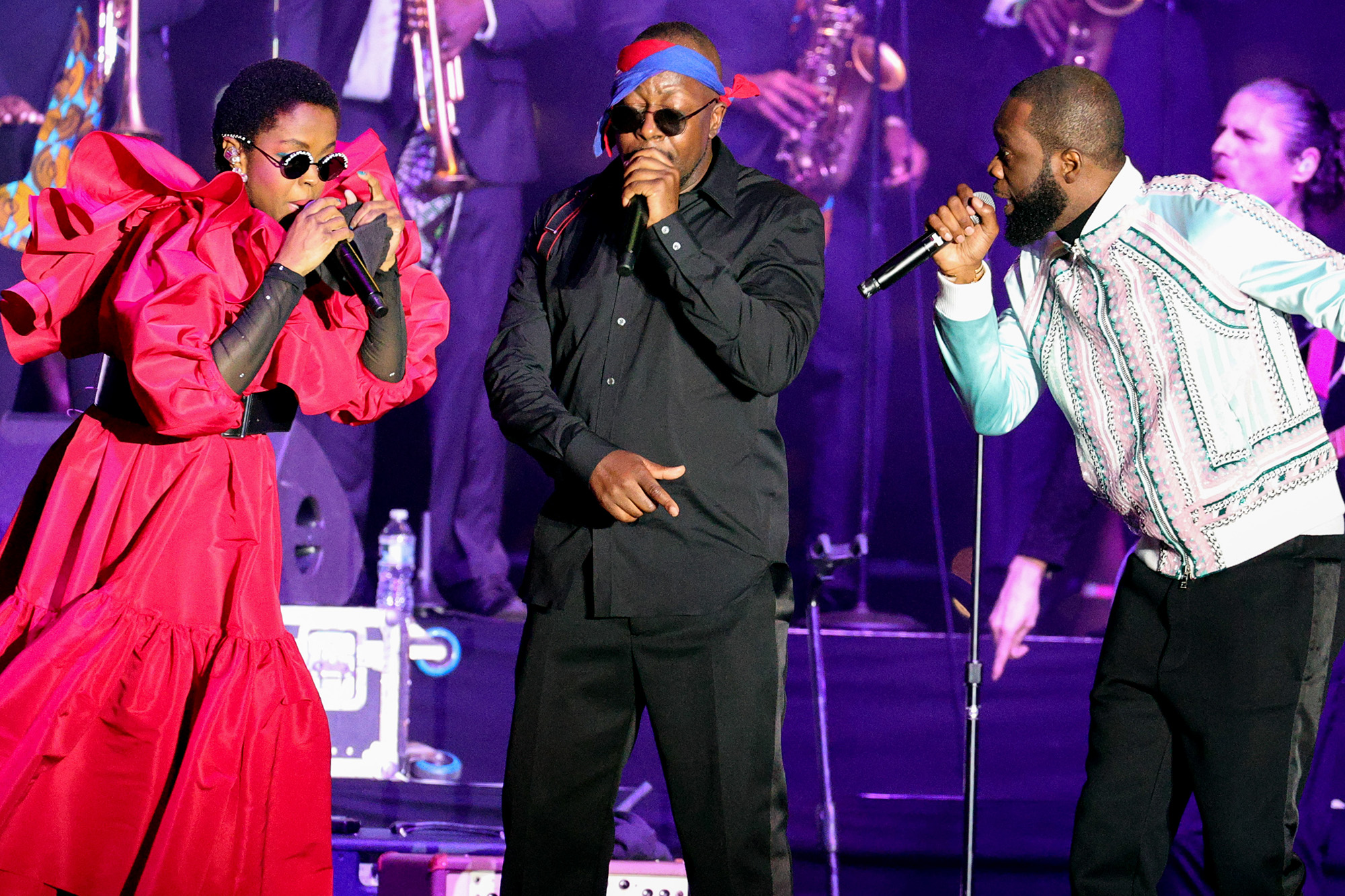 Ready or not… they’re not coming.

The Fugees have been forced to ax their reunion tour due to the ongoing pandemic.

The formerly estranged hip-hop group apologized to fans Friday for backing out of the concerts, which were intended to celebrate the 25th anniversary of their critically acclaimed sophomore album, “The Score.”

“We anticipate and understand disappointment, but our anniversary tour will not be able to happen. The continued COVID pandemic has made touring conditions difficult, and we want to make sure we keep our fans and ourselves healthy and safe,” they said in a statement.

The Fugees disbanded in 1997, one year after releasing “The Score,” and reunited last fall for the first time in 15 years to help kick off the Global Citizen Live concert.

“We’re grateful for the special night we did get to share with some of you in New York, with that rare live moment,” they said in the statement.

“If opportunity, public safety and scheduling allow, we hope to be able to revisit this again sometime soon. Thank you for all your love and support throughout the years,” they added.

Each member of the band pursued solo projects after they disbanded, but rumors circulated that Jean’s affair with Hill contributed to the split. In Jean’s 2012 autobiography, “Purpose,” he accused the songstress of lying about the paternity of her child with Rohan Marley.

“She led me to believe that the baby was mine, and I couldn’t forgive that,” he wrote.

Meanwhile, they aren’t the only musical act to cancel due to the pandemic. A tearful Adele announced that she was postponing her Las Vegas residency 24 hours before opening night.

“Half my crew, half my team is down with COVID — they still are — and it’s been impossible to finish the show. I can’t give you what I have right now,” she said.

New dates have not been announced.