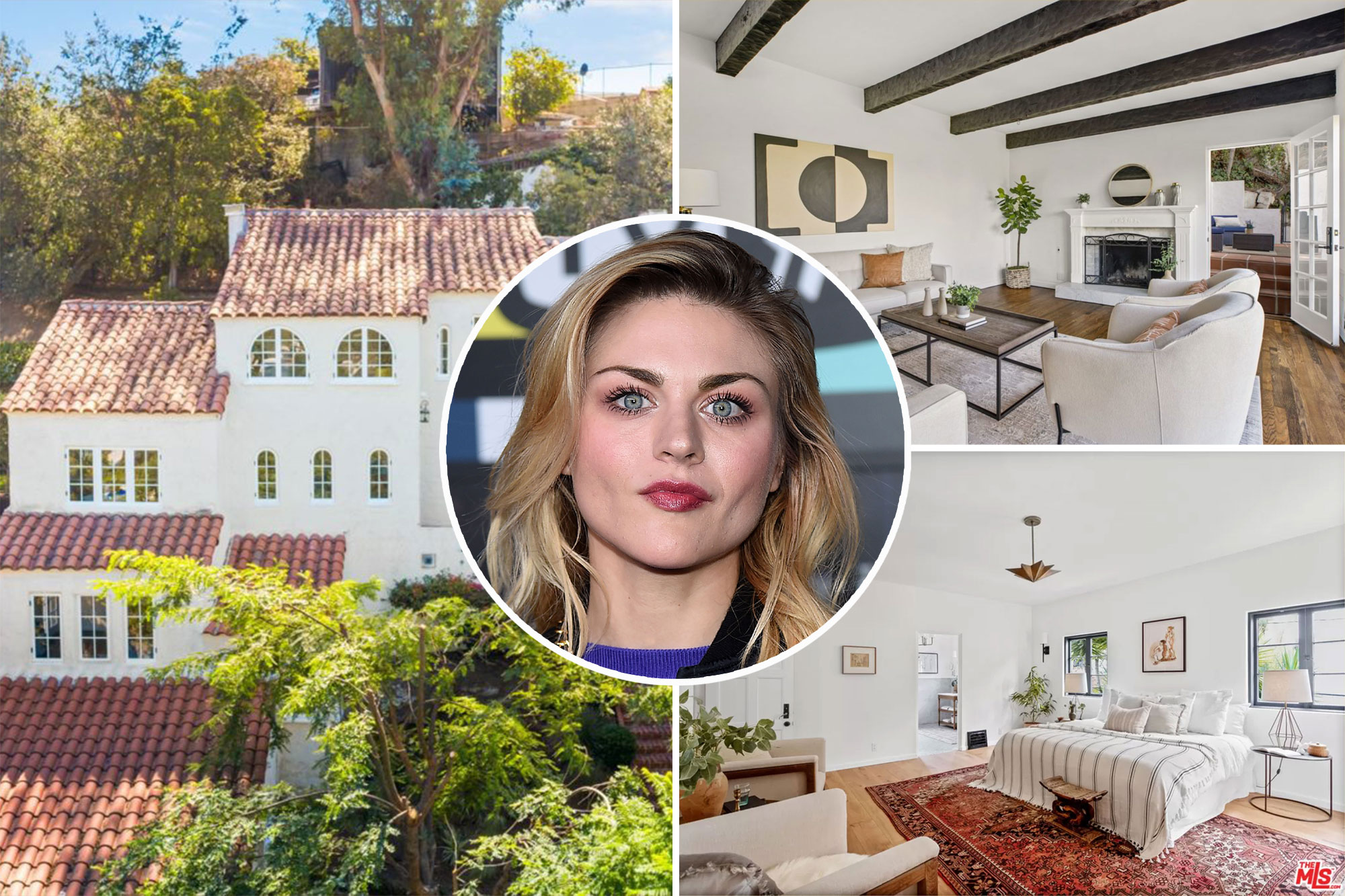 Frances Bean Cobain is creating a hole in her real estate portfolio.

The 29-year-old visual artist and the only child of former Hole front-woman Courtney Love and late Nirvana rocker Kurt Cobain has sold her idyllic Hollywood Hills home for $2.29 million.

Following renovations on the home, the occasional model decided to part ways with the vintage home and is likely to break even on transaction.

Cobain originally hoped to score a bit more on the property when it was first listed for just under $2.5 million last September 2021.

Made up of four bedrooms and four bathrooms, the 1930s designer-renovated abode is situated in the foothills of Nichols Canyon.

Spanning over 3,300 square feet, the property also comes with a bonus studio space.

Original features throughout the home include Malibu Potteries tile, stained glass window, and iron fixtures which are combined with modern amenities, the listing states.

The home spans over 3,300 square feet. Courtesy of Realtor

The foyer. Courtesy of Realtor

The kitchen. Courtesy of Realtor

The family room. Courtesy of Realtor

The formal living room boasts stenciled, beamed ceilings, leaded windows, and French doors that lead to the sun-wrenched patio. The formal dining room also opens out to the outdoors.

A breakfast nook is situated in the remodeled kitchen, complete with Viking appliances and a walk-in pantry. The first floor also comes with a study and a bedroom.

The primary ensuite bedroom boasts a balcony and an expansive bathroom.

The expansive terrace. Courtesy of Realtor

The primary bedroom. Courtesy of Realtor

The primary bathroom. Courtesy of Realtor

The expansive patio. Courtesy of Realtor

One of four bedrooms. Courtesy of Realtor

Following her contentious divorce from Isaiah Silva in 2017, whom she married in 2014, it was revealed that she earned over $100,000 per month, mostly from royalties connected to her father’s estate.

Silva had sued Love, her manager Sam Lutfi, “13 Reasons Why” actor Ross Butler, private investigator John Nazarian, musician Michael Schenk and more for conspiring to kill him with the intent of stealing back the Nirvana frontman’s iconic 1959 Martin D-18E guitar.

After a two-year battle, the guitar, which Cobain played during 1993’s “MTV Unplugged” performance, went to Silva in the divorce settlement. But Frances did not have to pay spousal support.

Cobain also owns the publicity rights to her father’s name and image.

In 2011, after she inherited her father’s estate, she owned another Spanish-style home in the foothills above Hollywood that she bought for $1.825 million. Cobain sold it seven years later for $2.331 million.

Meanwhile, the home where her father took his own life almost 28 years ago found a new owner for the first time in 23 years, The Post previously reported.

Whoopi Goldberg should be fired, say ABC insiders
‘RHOSLC’ star Meredith Marks addresses ‘swollen face’ on ‘WWHL’
We use cookies on our website to give you the most relevant experience by remembering your preferences and repeat visits. By clicking “Accept All”, you consent to the use of ALL the cookies. However, you may visit "Cookie Settings" to provide a controlled consent.
Cookie SettingsAccept All
Manage consent