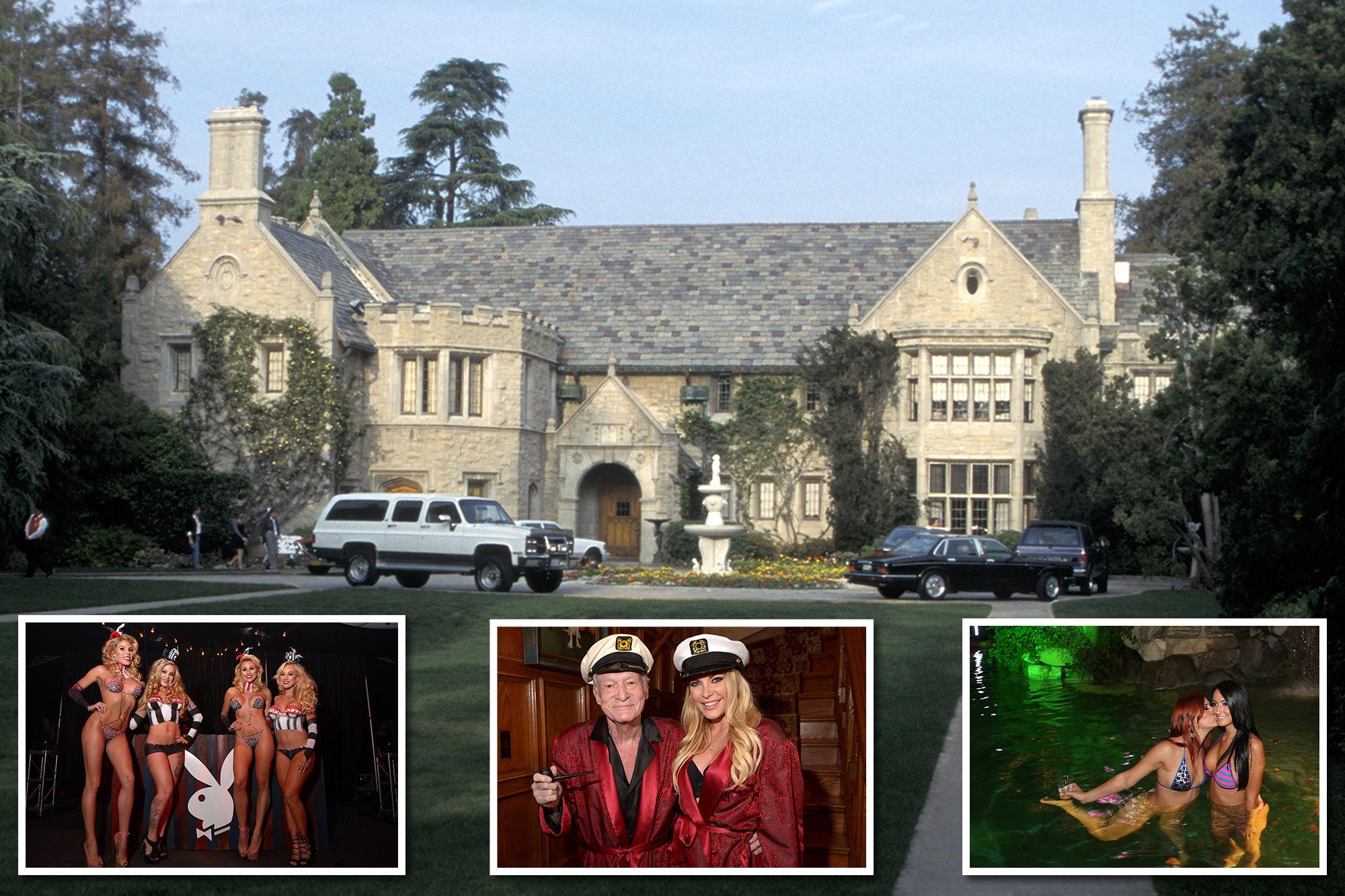 Playmate Brande Roderick has come out swinging in defense of Hugh Hefner.

The Playboy founder’s reputation has come under attack recently due to a-warts-and-all upcoming A&E docuseries called “Secrets of Playboy.”

“Hef was a wonderful person,” Roderick enthused to Asheligh Banfield on an episode of her NewsNation Now show, “Banfield.” “I learned so much from him. The (girls) were there of their free will — No one was holding a gun to their head.”

The Playboy founder’s reputation has come under attack based on upcoming A&E docuseries, “Secrets of Playboy.”Getty Images

The model, 47, along with one of Hef’s former girlfriends, Sondra Theodore, spoke to Banfield about the larger-than-life figure.

Theodore was not so complementary, revealing that Hefner would hold “Pig Parties” which would involve aides driving down Sunset Boulevard and finding very young girls to bring back to the Playboy mansion. Once there, the teens would be plied with food and booze and then taken “to the slaughter” at the infamous grotto.

“Pig parties” allegedly involved scouts for Hefner bringing back young girls to his mansion, where they were “slaughtered” in his infamous grotto. WireImage

“And they’re talking about going down to Sunset Boulevard to pick up girls? You’re kidding me, that’s ridiculous. It’s natural. That’s what people do — they go out (and pick up other people),” she added.

Roderick — seen above hugging Hefner in 2002 — has defended the late Playboy founder amid heinous accusations leveled in new docuseries, “Secrets of Playboy.”Getty Images

“I feel so sad that I even have to defend him because he’s (was) such an amazing person who has done so much for so many people,” she argued. “And the fact that some women are coming out because they have a book coming out (or) they want 15 more minutes of fame.. and to do it now is disgusting.

“Why not go on the other documentaries while he was alive and say that? He’s not those things.”

Roderick questions why Playmates didn’t level these accusations against Hefner before his 2017 death. FilmMagic, Inc

Holly Madison, a former Playboy playmate is also featured in the documentary and describes her time living at the mansion as traumatic and “cult-like.”

“The reason I think the Mansion was very cult-like, looking back on it, is because we were all kind of gaslit and expected to think of Hef as, like, this really good guy,” the “Vegas Diaries” author said.

Dionne Warwick on meeting Sidney Poitier: ‘Actually, I stalked him’
Regina King’s son Ian Alexander Jr.’s haunting last tweets
We use cookies on our website to give you the most relevant experience by remembering your preferences and repeat visits. By clicking “Accept All”, you consent to the use of ALL the cookies. However, you may visit "Cookie Settings" to provide a controlled consent.
Cookie SettingsAccept All
Manage consent