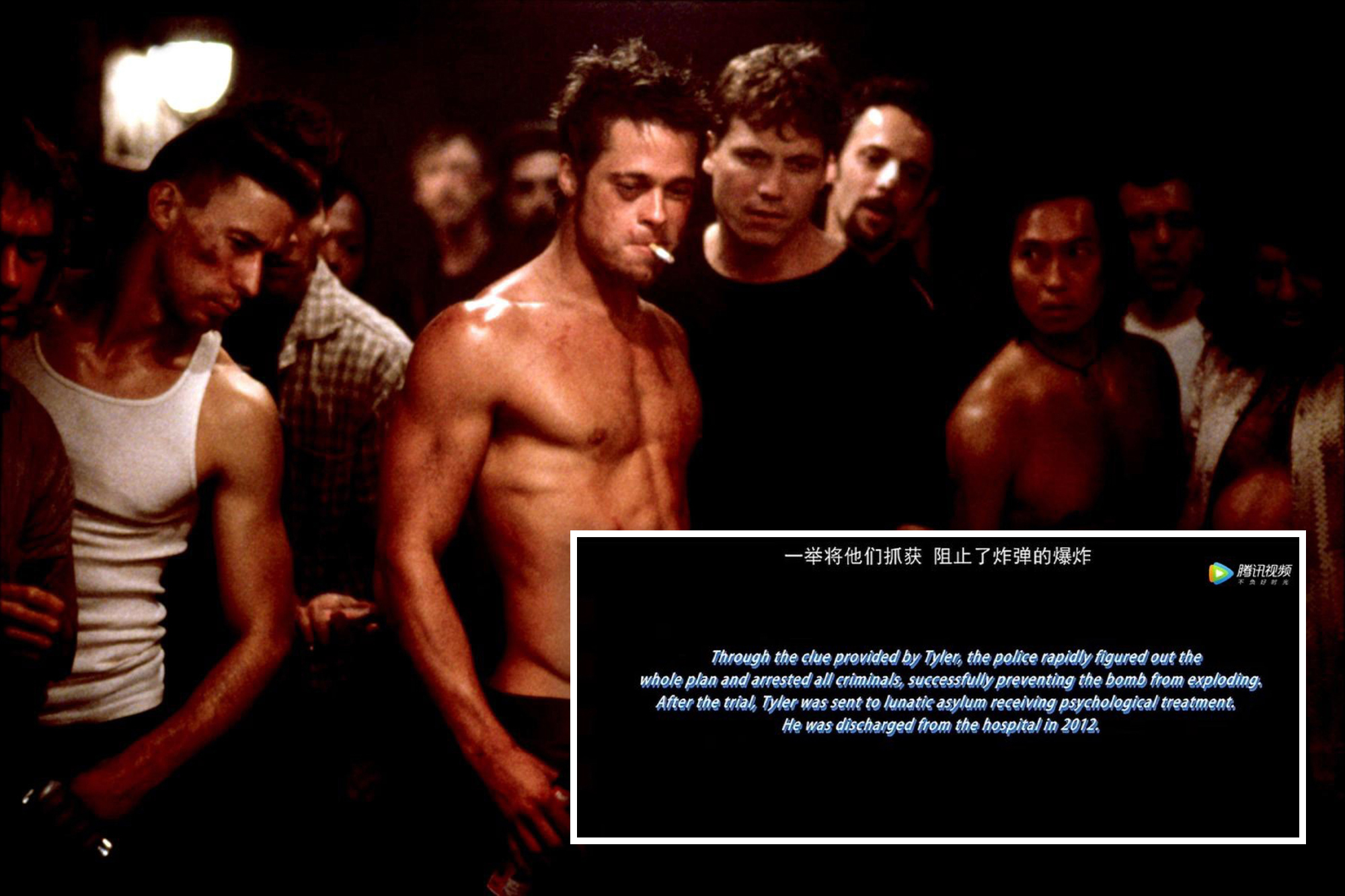 In a move of steamrolling censorship, China has cut the 1999 psychological thriller film’s iconic, destructive ending and instead replaced it with a bland version where the government comes out on top.

The twist ending of split personality Tyler Durden (Brad Pitt/Edward Norton) successfully detonating his anarchy cell’s “Project Mayhem” and bombing the Los Angeles skyline is swapped for a graphic indicating that authorities saved the day in the nick of time.

“The police rapidly figured out the whole plan and arrested all criminals, successfully preventing the bomb from exploding,” reads the new ending on Chinese-based Tencent Video.

FIGHT CLUB’s ending for the Chinese release (on Tencent Video) was changed to this and now I’m waiting for someone to fanfic a sequel based on this censored ending. pic.twitter.com/zYB0bY3Dlp— Courtney Howard @ #Sundance (@Lulamaybelle) January 24, 2022

“After trial, Tyler was sent to a lunatic asylum receiving psychological treatment. He was discharged from the hospital in 2012.”

The shocking and seemingly unwanted change — one which both removed and added content that completely altered the plot of “Fight Club” — is becoming more and more common under the nation’s regime, The Guardian reported.

“Under president Xi Jinping, Chinese authorities have pushed to purge society of elements deemed unhealthy, including scenes within movies, television and video games,” The Guardian wrote, adding that “it was not clear if government censors ordered the alternative ending or if the original movie’s producers made the changes.”

“Fight Club” is the latest victim of censorship in China.

In a similar move of bowdlerization, China also cut scenes depicting Queen singer Freddie Mercury’s sexuality from the 2019 film “Bohemian Rhapsody” in addition to violence and nudity from the 2017 “X-Men” R-rated movie “Logan,” according to Polygon.

A Tiananmen Square joke was previously ordered out of a “Simpsons” episode and Marvel’s “Iron Man 3” had a Chinese doctor spliced in to save Tony Stark’s life in Chinese releases, Fortune reported.

Adding fuel (and concern) to the censorship fire, the Cyberspace Administration of China announced today that it will be running a “clean” web campaign that will create “civilized and healthy” browsing during the upcoming lunar new year, per The Guardian.