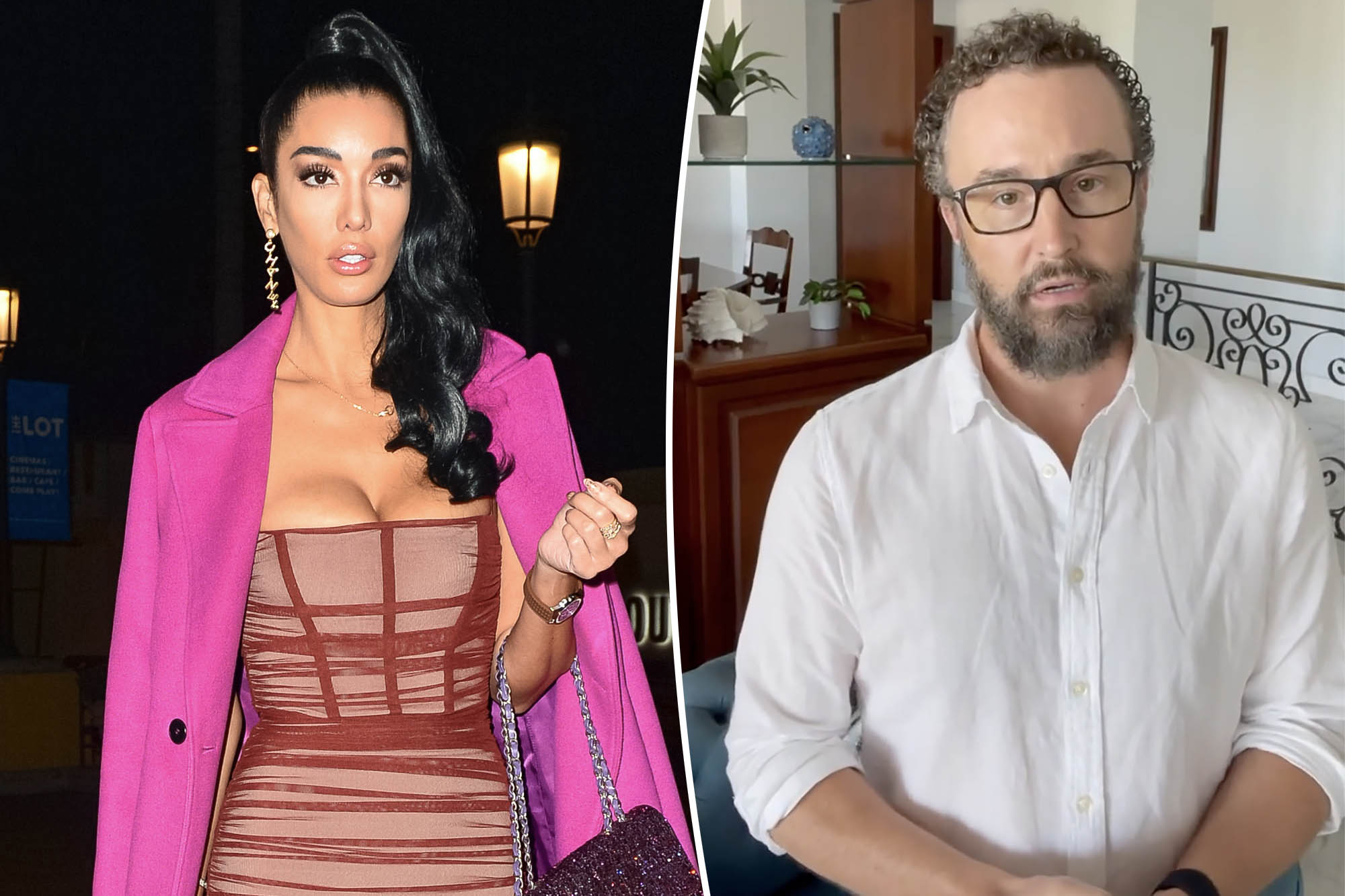 Noella Bergener tells Page Six in an exclusive new interview that her estranged husband and partner of five years, James Bergener, is trying to “torture” her by stalling their divorce.

“There’s a lot in divorce that’s about control and micro-managing and kind of wanting to torture the ex,” the “Real Housewives of Orange County” star, 36, told us. “There’s a little bit of that at play going on here.”

Noella — who shares 2-year-old son James Jr. with her ex — went on to express hope that James, 50, will soon reach “a happy place where he doesn’t feel like he needs to look at the past and think about controlling me.”

“RHOC” viewers have watched the Bravo newbie’s legal battle unfold onscreen. At the start of filming, James fled their Orange County mansion for the couple’s residence in Puerto Rico.

It wasn’t long before the personal injury attorney — known across Southern California as “Sweet James” — “blindsided” Noella with divorce papers from the Caribbean, written in Spanish, covertly served to her in a pseudo-floral delivery.

Noella Bergener exclusively told Page Six that her estranged husband, James Bergener, is trying to “torture” her by stalling their divorce.GC Images

“It was truly surreal,” she recalled. “I couldn’t believe this was happening to me. I had to pick myself up, though, and by the grace of God we ended up making a bit of progress, figuring out settlement details together.”

Noella — who said she and James ironed out an agreement in September — revealed that her spouse has since ceased his communications, indefinitely delaying the legal process.

“It’s very frustrating,” she said, claiming that James is demanding more custody of their little boy, who is autistic and requires extensive therapy in Orange County.

“A man who lives in Puerto Rico is asking for 50/50 custody of our 2-year-old son who he’s not seen for six months and who requires … hours of therapy for his autism,” said the mom of two, who also parents daughter Coco, 7, from a previous marriage.

“We go one step forward and 10 steps backwards.”

In the wake of their split, James allegedly cut off Noella’s access to their finances, save for a credit card that can only purchase essentials via Amazon and groceries from Instacart. Once her settlement finally arrives, Noella — who has said she is “squatting” in her 10,000 square-foot home — feels confident that she will be able to provide a good life for her family.

“I found a house that I could move our child to,” she said. “I could downsize, I could be in control of my own finances and we can just be done with this … Sadly, it doesn’t look like there’s any end in sight any time soon.”

In the meantime, Noella is taking steps to achieve financial independence on her own. Making the most of her reality TV notoriety, she is quietly working on the launch of a brand called Playland. Though the sex-dungeon enthusiast has yet to detail its function and services, she has teased the business project as a place “where adults come to play.”

“I honestly do think there was something in [James] that thought once he left, that I would fall apart and that I would not be able to go on and I would just run after him or give up on this opportunity [to appear on ‘RHOC’] because I’d be too embarrassed to be honest about what’s going on,” she said.

Noella — who made history as the first black and openly bisexual woman to be cast on “Orange County” — said that she was emboldened by her co-stars and new friends, Shannon Beador and Gina Kirschenheiter, to speak openly about her experiences on camera as her story could help others navigating similar challenges.

“Something I’ve learned through this process is as shameful as this was, it wasn’t my shame. That’s his shame,” the model asserted, who also called James “cowardly” for allegedly choosing not to visit his son in the six months since they’ve separated.

Noella noted that her role on “RHOC” became her saving grace as she navigated the early says — and crippling devastation — of James’ sudden departure.

“In many ways, the show really helped. It helped me get out of bed. It helped me realize that, ‘Damn it, I’m worth love and I’m worth better than this. And there’s other women who are going through this too and this is stupid,’” she said.

With her calls and texts to James unanswered, Noella said that she feels her “only line of defense” is speaking to the press.

“I need to accelerate it… The truth is the truth,” she stated. “He left. He says he wants a divorce. I want a divorce. We’ve agreed on all the hard parts of the divorce. Let’s be divorced. Let’s do this. It doesn’t make sense. I really want it and if you really want it too, then let’s finalize this.”

James’ legal team did not immediately respond to Page Six’s request for comment, but he claimed in a Jan. 5 statement to Us Weekly, “A judge in Puerto Rico, where I am a resident, has already granted our divorce. Ultimately, Noella is the mother of my child, and I will not publicly disparage her.”

As Noella waits for her marriage to be dissolved in California, she is reveling in her new romance with a mystery man she knew throughout her relationship with James.

Noella (far right) is the first black and openly bisexual woman to star on “RHOC.”Tommy Garcia/Bravo

Noella won’t reveal his name just yet, preserving their privacy for as long as she can. However, she told Page Six that he is a “nice guy” and “a breath of fresh air” from the “toxic” relationship dynamic she had become accustomed to.

“I am dumb with love right now!” she enthused. “We’ve known each other for years, only as friends, but we hit the ground running on this one. As soon as James was gone, he was like, ‘How are you doing? How are the kids?’ He was doing those checkups and snuck on in there.”

Noella further gushed, “He just makes me happy. He’s brought so much joy to my life. He just supports me. If I have a problem, he’s got a solution.”

Lamar Odom’s ex Liza Morales details relationship in book
Sarah Palin hooking up with NY Rangers great Ron Duguay
We use cookies on our website to give you the most relevant experience by remembering your preferences and repeat visits. By clicking “Accept All”, you consent to the use of ALL the cookies. However, you may visit "Cookie Settings" to provide a controlled consent.
Cookie SettingsAccept All
Manage consent