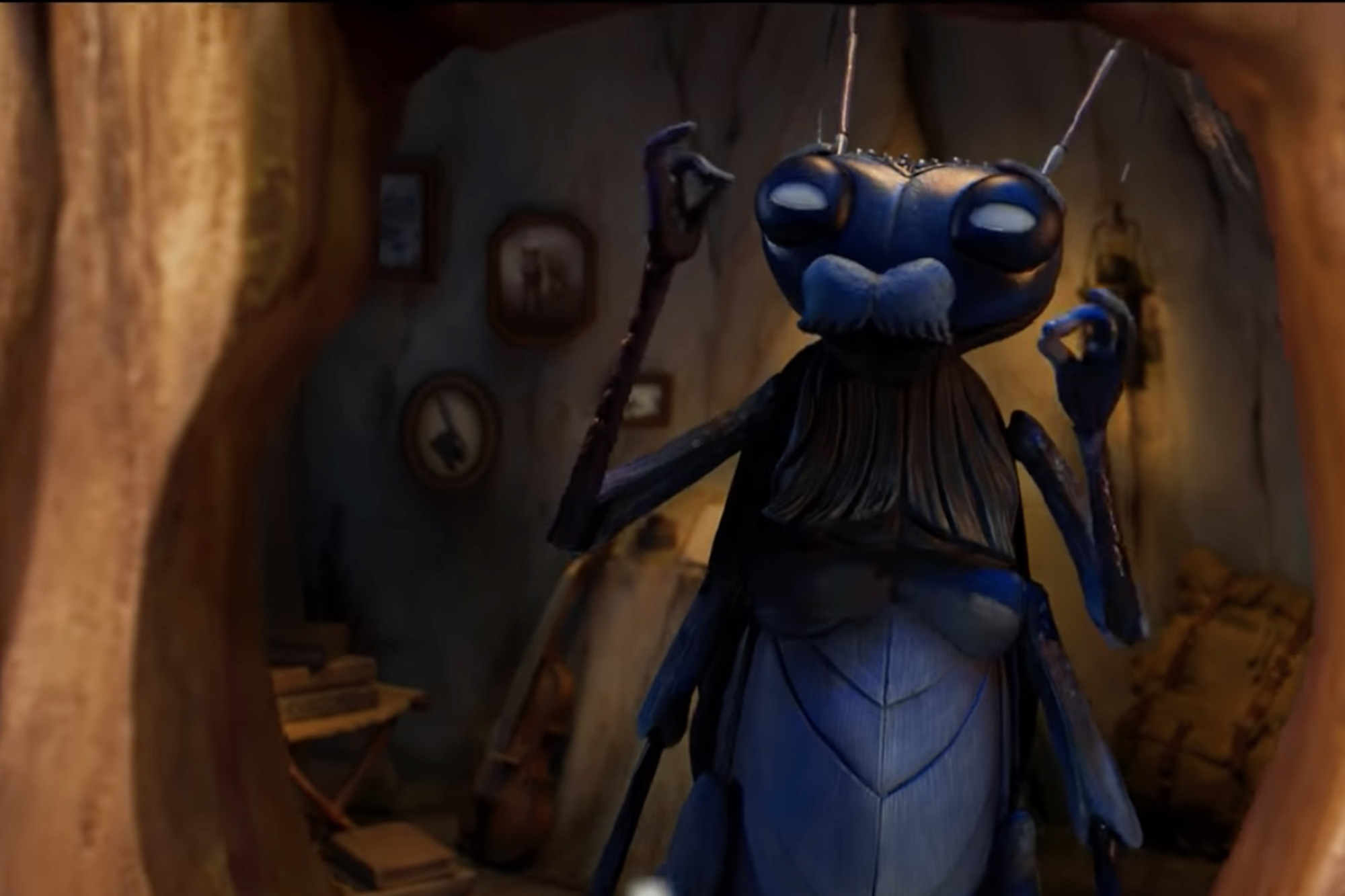 There’s a lot of hype around this classic stop motion film and that’s no lie.

The just-released trailer for Guillermo del Toro and Mark Gustafson’s “Pinocchio” shows a new approach to the beloved tale, narrating the iconic puppet’s adventures through the eyes of a new character: Ewan McGregor’s Sebastian J. Cricket.

“I want to tell you a story. It’s a story you may think you know, but you don’t. Not really.” McGregor’s cricket introduces the Netflix film, which is slated to debut this December.

“As a matter of fact, I lived, actually lived, in the heart of the wooden boy,” the blue-colored bug says from inside his cozy, tree hole abode amidst a light snowstorm.

While the brief trailer shelves many plot details, del Toro and Gustafson’s adaptation will be set during the era of Mussolini “and will grapple with dark and complex threats,” Polygon reported.

This children’s film — not to be confused with the upcoming Disney computer-animated rendition of “Pinocchio” starring Tom Hanks, Joseph Gordon-Levitt and Lorraine Bracco — will be introducing Gregory Mann to voice the fibbing marionette.

Directing “Pinocchio” has been a long-awaited “passion project” for del Toro, according to the Wrap, which also reported that “the stop-motion film has had its share of changes, setbacks and delays.”

“No art form has influenced my life and my work more than animation and no single character in history has had as deep of a personal connection to me as Pinocchio,” he said through a statement in 2018, Variety reported.