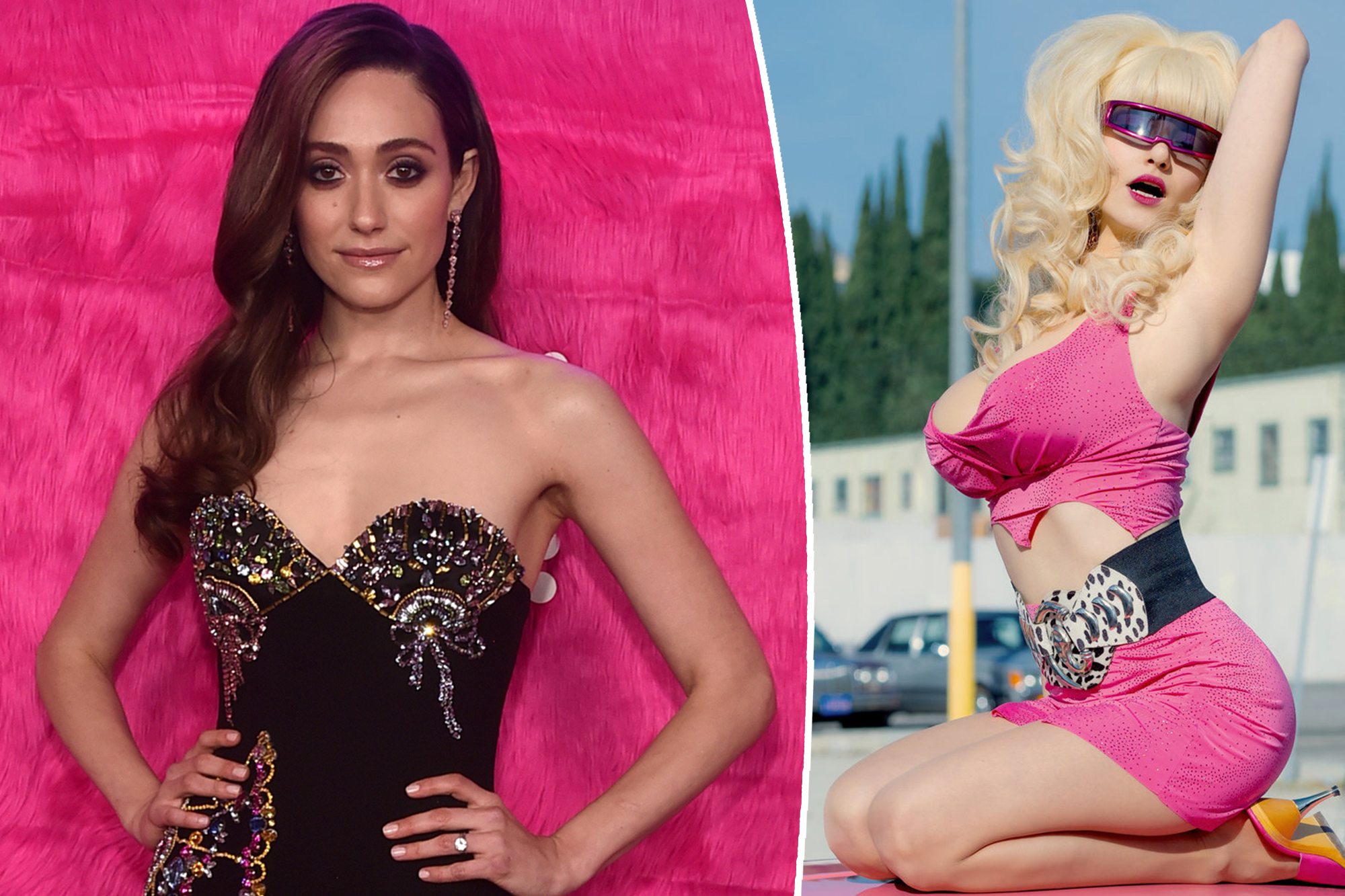 Emmy Rossum is really transforming for her new role.

Before reality stars like Kim Kardashian, Angelyne became famous for being famous by launching a glamorous ad campaign with only her name and image.

Rossum’s impressive transformation into the blond bombshell, however, didn’t come without its challenges.

The 35-year-old told The Hollywood Reporter that her character’s enormous 3-pound fake breasts gave her blisters and she experienced issues with her tear ducts from wearing two pairs of special contacts and heavy eye makeup.

“She has turned her life into art — that’s who she is,” Rossum said of Angelyne, who drives around Los Angeles in her pink convertible selling merchandise to this day.Isabella Vosmikova/Peacock

But spending up to five hours a day in makeup paid off, with the actress appearing totally unrecognizable in her teased blond wig, bleached brows and prosthetic breasts.

The star — who welcomed a daughter last year — said she found the experience of changing into a character that looks nothing like herself “completely liberating.”

“At first, it’s unnerving,” she told The Hollywood Reporter. “But feeling lost gives way to this real liberation — from myself and the hang-ups that can impede a performance.”

Rossum met the real Angelyne before production started, with the billboard star gifting her a pink crystal.Isabella Vosmikova/Peacock

Even Rossum’s husband Sam Esmail — who is an executive producer on the project — said it was “kind of eerie” how much his wife transformed into Angelyne.

“When I say that there are times where I did not recognize her because she was lost in this person, I really mean it,” Esmail told the publication. “This is my wife I’m talking about.”

As well as the physical changes, Rossum also tapped into Angelyne’s mindset for the role, and even “bought her meditation tapes on eBay.”

“She says things that are incredibly resonant and deep about identity — how to find yourself out of pain, out of sorrow, out of sadness, in this hot pink bubblegum Barbie fantasy,” Rossum said of the billboard model. “It worked on me.”

Rossum was once again recognizable as she attended the premiere of “Angelyne” on May 10.NBCU Photo Bank via Getty Images