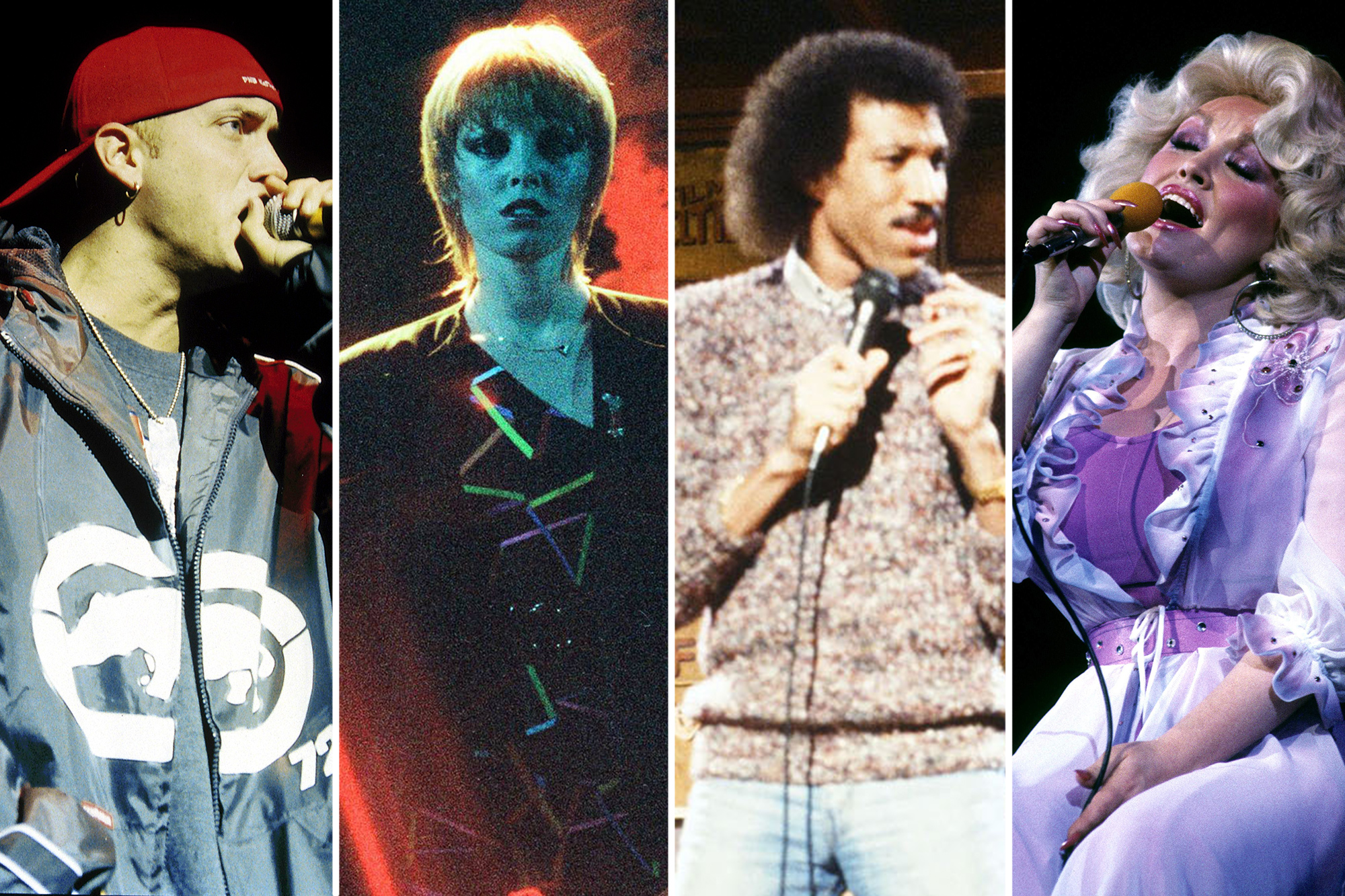 For Eminem, there was not the slimmest bit of shade from the Rock & Roll Hall of Fame.

The “Lose Yourself” rapper, 49, was nominated for induction into music’s most exclusive club on Wednesday morning. In fact, the artist, born Marshall Mathers, is the only one of 17 nominees to get a nod in his first year of eligibility — which is 25 years after an artist’s debut recording.

If Eminem should add a rock hall membership to his 15 Grammys, five No. 1 singles and Oscar triumph when the inductees are announced in May, he will become only the second white hip-hop artist ever to make it into the RRHOF — after the Beastie Boys were enshrined in 2012.

And Eminem would be only the seventh hip-hop act ever to be inducted, with Jay-Z being the last rapper to learn the secret handshake last October — also in his first year of eligibility.

Eminem — who will be performing alongside Dr. Dre, Kendrick Lamar, Mary J. Blige and Snoop Dogg at the Super Bowl halftime show on Feb. 13 — is probably the only slam dunk to be inducted in a wide range of nominees this year. Other first-time nominees include Beck, Duran Duran, Dolly Parton, Lionel Richie, Carly Simon and A Tribe Called Quest.

Eminem should be a shoo-in to be inducted into the rock hall in his first year of eligibility.Redferns

And if you’re scratching your head about Parton and Riche being nominated — because pretty much no one ever would consider them “rock” — well, that definition has gotten broader and looser with each passing year.

After Eminem, this also feels like it could be Duran Duran’s year. The synth-pop pioneers released a well-received album, “Future Past,” last fall, and it’s kind of a surprise that they haven’t even been nominated before this. Save a prayer for them — because they deserve it.

I’m also pulling for Pat Benatar, who is the very definition of a rock artist — and battled it out with the boys as one of the few female stars in a male-dominated genre. The Brooklyn-born belter, 69, has shockingly only been nominated once before despite being eligible since 2004. She gets my top vote this year.

It’s also a bit surprising that Simon has not been inducted — or even been nominated before. It certainly goes to show you that the rock hall has a long way to go in doing right by women when it’s so heavily populated by white men.

But even more than Simon, I’d love to see 81-year-old diva Dionne Warwick take her rightful place alongside niece Whitney Houston in the rock hall. Say a little prayer for her, too.

I’m also pulling for Kate Bush, who, after two previous nominations, has sufficiently completed whatever “waiting period” there should be for an artist of her influence and innovation.

Duran Duran deserves to get into the RRHOF after the band’s first nomination.Redferns

I think it’s probably a longer shot for Eurythmics, who will eventually get in when you factor in Annie Lennox’s solo career. But Duran Duran gets the ’80s vote this year — also over Devo.

And frankly I could care less about heavy-metal geezers Judas Priest getting in, although I have a soft spot — call it local loyalty — for the New York Dolls. But more than either of those groups — or other nominees such as Nigerian artist Fela Kuti and Detroit rock band MC5— I’m rooting for Rage Against the Machine to be inducted after being short-listed two previous times. These protest rockers shouldn’t have to fight for justice any more than they already have.

‘Queen of Italian cinema’ Monica Vitti dead at 90
Kim Kardashian Enters Balenciaga’s Campaign And Fans Are Cheering For Her
We use cookies on our website to give you the most relevant experience by remembering your preferences and repeat visits. By clicking “Accept All”, you consent to the use of ALL the cookies. However, you may visit "Cookie Settings" to provide a controlled consent.
Cookie SettingsAccept All
Manage consent