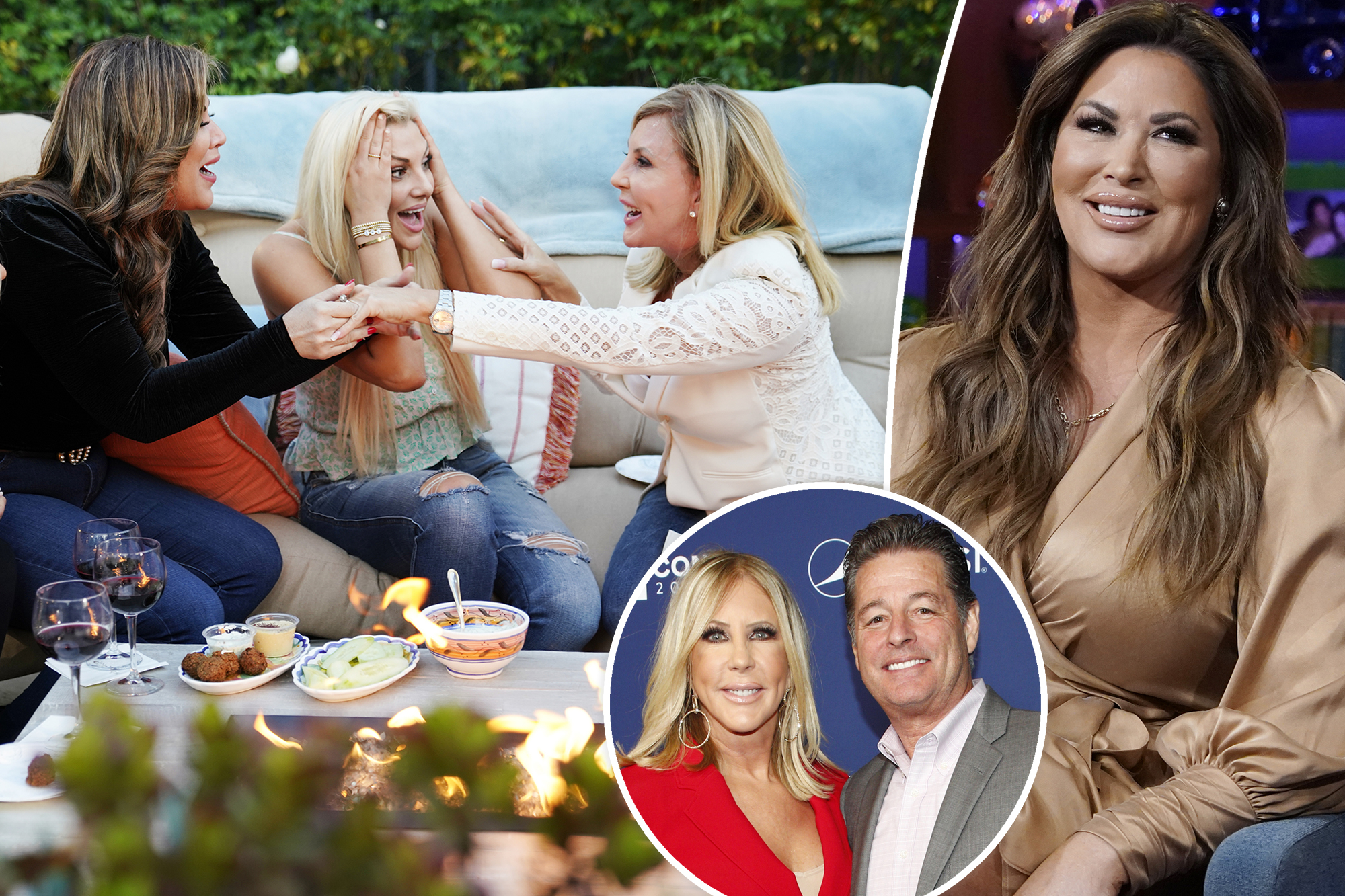 “I wasn’t surprised [when they split],” Simpson said of Gunvalson and Steve Lodge on Tuesday’s episode of Us Weekly’s “Getting Real with the Housewives” podcast.

According to Simpson, Gunvalson’s brother once told her at a party that the pair would never wed and Lodge “wasn’t into her.”

“The Real Housewives of Orange County” star, 45, added, “I felt like he was an opportunist and I think the red flags were there.”

Gunvalson, 59, and Lodge, 63, announced their breakup in September after a two-year engagement and nearly five years together. The former California gubernatorial hopeful has since gotten engaged to Janis Carlson.

Simpson defended her former co-star, regardless of their past feuds.NBCU Photo Bank via Getty Images

“I just think Vicki wanted her love tank filled and she wanted it to work out and she wanted to see the best him,” Simpson continued, referring to Gunvalson’s common phrase that she wants someone to fill her “love tank.”

Simpson also alleged that Lodge wanted to use Gunvalson for her fame.

“She thought they had a future together, but I think he was, you know, in it for the camera time or whatever, and then he moved on,” she said. “So, you know, I feel badly for her.”

Gunvalson and Lodge announced their called-off engagement in September.Getty Images

Gunvalson has previously discussed the toll her breakup took on her.

“I’ll never be over him, because to me, when you fall in love with somebody as deep as I did, you don’t just move out of somebody’s house and into the next one,” she said on last week’s episode of the “Two T’s in a Pod with Teddi Mellencamp and Tamra Judge” podcast.

The Coto Insurance founder is still trying to whoop it up, hiring a matchmaker back in Chicago. The matchmaker seems to be working their magic, with Gunvalson going on a fourth date with one of them men she was set up with.