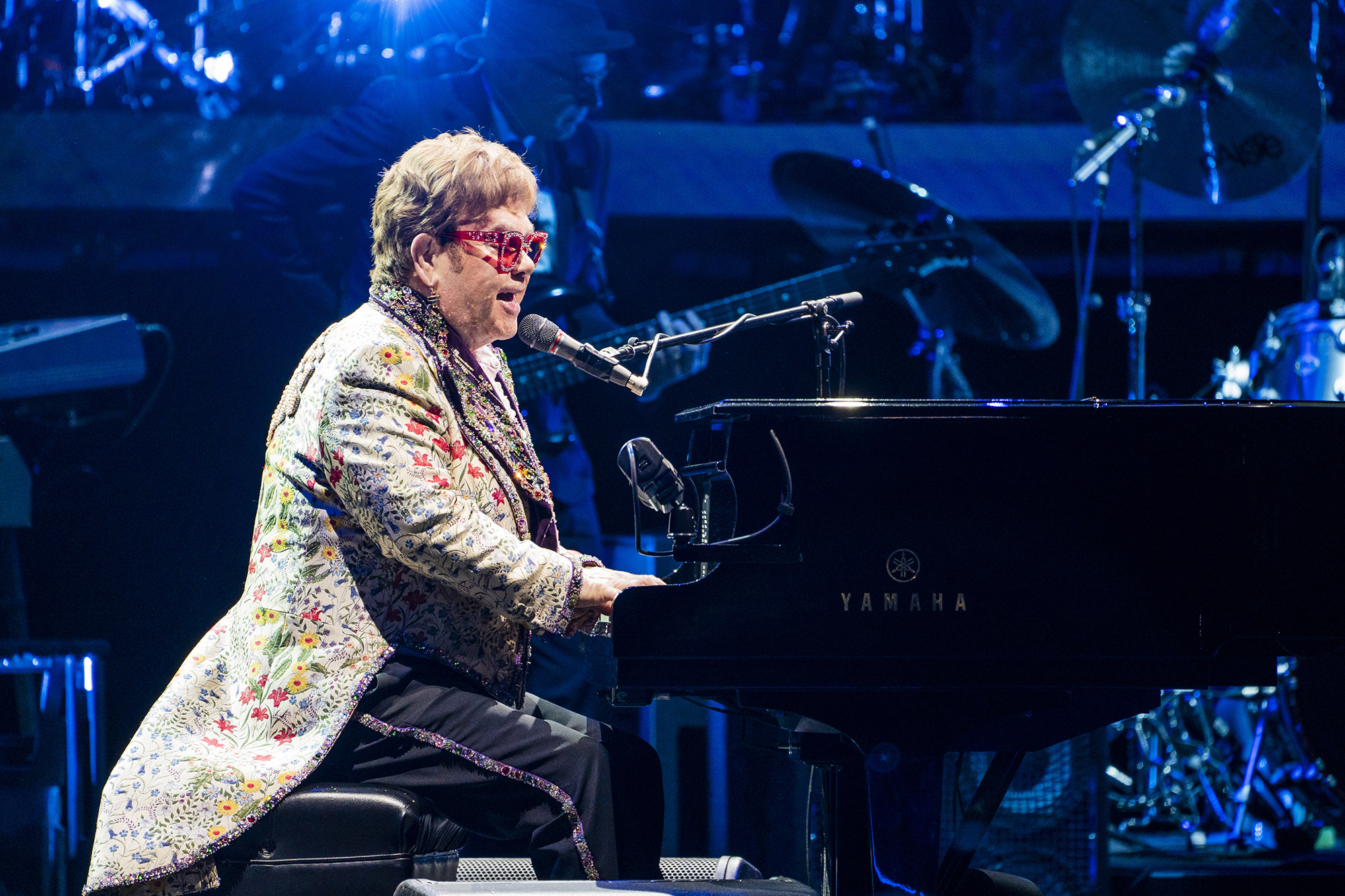 The Rocketman is back and better than ever.

Two years after hip surgery — and a plethora of COVID-19 and health delays — Elton John is resuming his “Farewell Yellow Brick Road” tour.

His retirement tour began in 2018, but due to a series of postponements, he was forced into a performance hiatus.

But now, the 74-year-old British singer is back on the road and played at the Crescent City in New Orleans on Wednesday night.

“Wow, we haven’t played a show since the 6th of March 2020. This is a new experience for us, I’ve never had this amount of time off in my life … playing music, well at least since I was 17 years of age,” the “Tiny Dancer” singer said to the New Orleans audience, who hung onto their coveted tickets for 745 days.

“I can’t thank you enough for being so patient,” he continued. “We live in funny times but we’re gonna have a great time.”

The British rocker’s final tour is meant to celebrate his longtime music career of 50 years.Getty Images

The singer-songwriter’s show — which opened with “Bennie and the Jets” — is an adventure through his 50-year musical career, including a slew of never before seen photos, videos and other memorabilia to commemorate his craft.

Along with performances of his hit songs “Rocket Man” and “Crocodile Rock,” he pays tribute to his musical influences, like Aretha Franklin, as well as his idols such as Nelson Mandela and Stephen Hawking.

He will perform across North America until April. His tour will then take him to Europe and back to North America before playing in Australia and New Zealand next year.

His final leg in North America, where he’ll put on more than 40 concerts, will be at the Dodger Stadium in Los Angeles, as a way to pay homage to his past appearance in 1975.