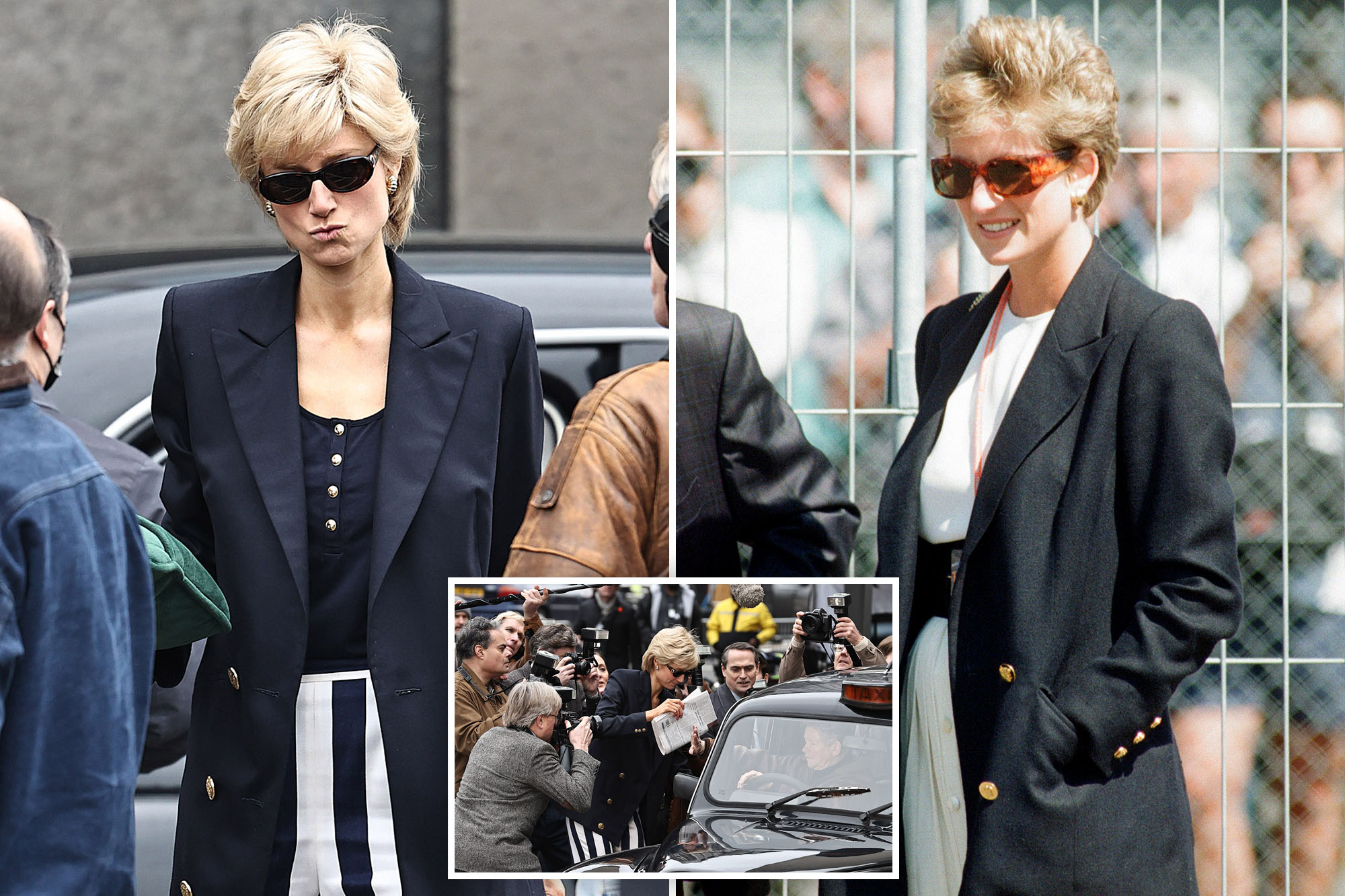 Fans are anxiously waiting for the return of Netflix’s hit royal drama “The Crown” later this year.

But without any word on a trailer as of yet, viewers are just going to have to stare in awe at the latest photos of star Elizabeth Debicki transforming into the late Princess Diana.

The snaps were shot from the set last week in Croydon, England.

One of the photos was from a scene where Debicki was surrounded by paparazzi and had to hide her face with a newspaper as she got into her car.

Another snap showcased the “Night Manager” star talking with her cast and crew.

The Australian-born starlet took over the role from award-winning actress Emma Corrin, who played a younger version of the People’s Princess in Season 4. Debicki will be portraying Diana in her final years, in the lead-up to her death in a car crash at the age of 36.

The new season will chronicle Charles and Diana’s tumultuous divorce and her death in 1997.

It was announced last month that actor Khalid Abdalla is on hand to play Dodi Fayed, Diana’s boyfriend at the time of her passing. Fayed also perished in the crash that killed Diana.

“‘The Crown’ finished filming one day earlier than planned for the Christmas break following a few positive cases within the team, thus ensuring others’ safety and so that everyone on production can enjoy a festive break with their loved ones,” Netflix told Variety at the time. Filming began in July 2021.

HBO leads GLAAD Media Awards with 19 nominations
I treated Tommy Lee’s ‘talking penis’ as ‘buddy’
We use cookies on our website to give you the most relevant experience by remembering your preferences and repeat visits. By clicking “Accept All”, you consent to the use of ALL the cookies. However, you may visit "Cookie Settings" to provide a controlled consent.
Cookie SettingsAccept All
Manage consent