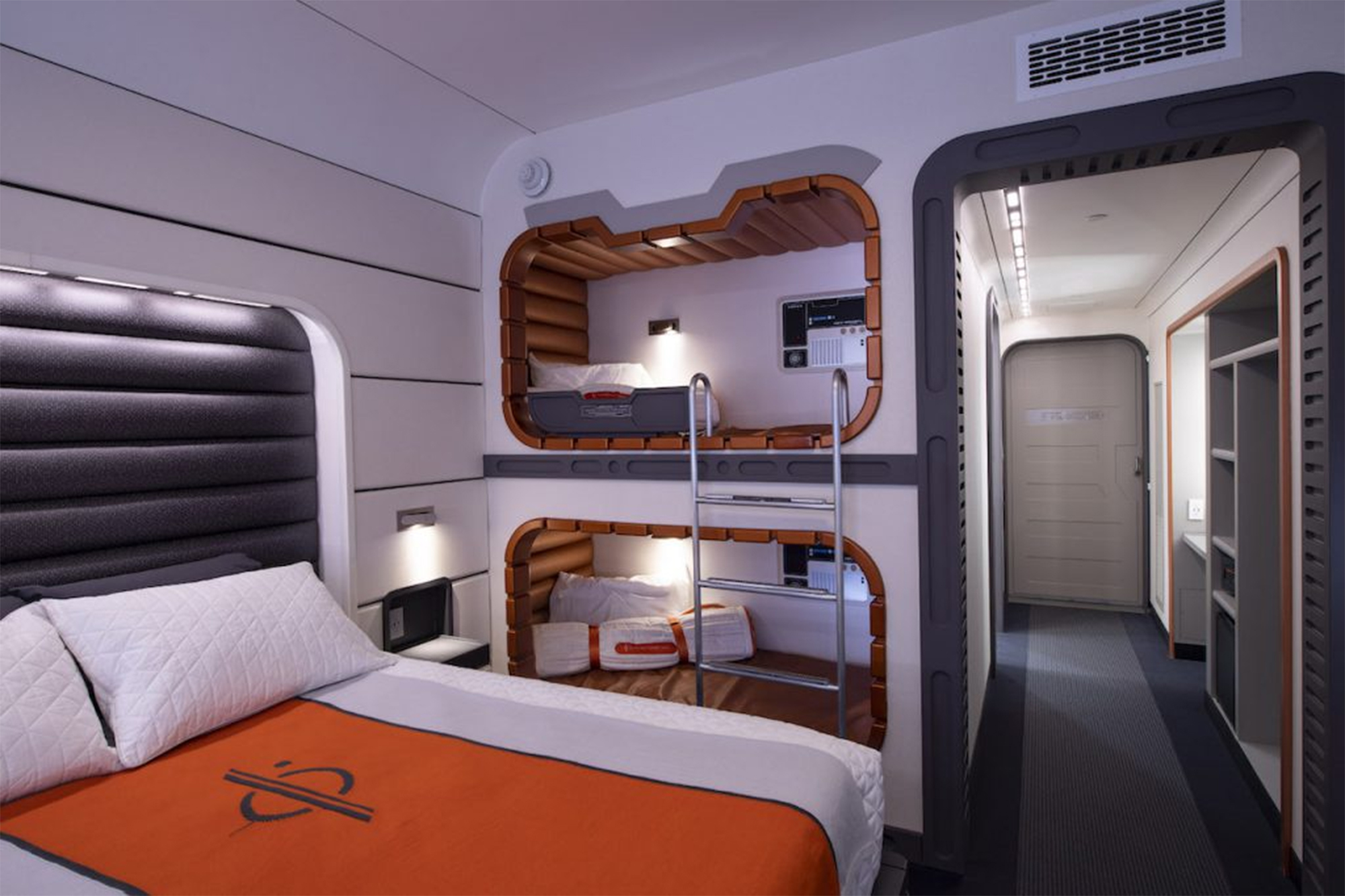 At “Star Wars”: Galaxy’s Edge park, tourists can already eat, drink and be merry like a Jedi. Soon, at Disney World’s new resort, Galactic Starcruiser, they can sleep like one too.
Images dropped Monday are giving fans a first look at the rooms of the near-complete Halcyon spaceship.
Walt Disney World News Today first reported revealed two genuine photographs of a compact, modular room consisting of one queen-size bed plus two bunked singles, carved into padded pods in the wall. WDWNT’s report did not specify the size of the pods, but they appear to be fitted for children.
The space-age stay is outfitted with mounted screen displays, with one showing the ship’s trajectory through outer space — that doubles as a television — and another acting as a window to the cosmos, projecting different interstellar vistas during the ship’s course.
The Galactic Starcruiser will have two room sizes, regular and the “Captain’s Quarters,” though the company did not specify what exactly each room will entail. A three-day, two-night package for one person will go for $3,300, according to WDWNT.
Disney will start accepting reservations for the “Star Wars”: Galactic Starcruiser resort, set to open in 2021, later this year — confirming that the tourism juggernaut has managed to stay the course during the pandemic. The Galaxy’s Edge park has continued to roll out new attractions since opening last year.