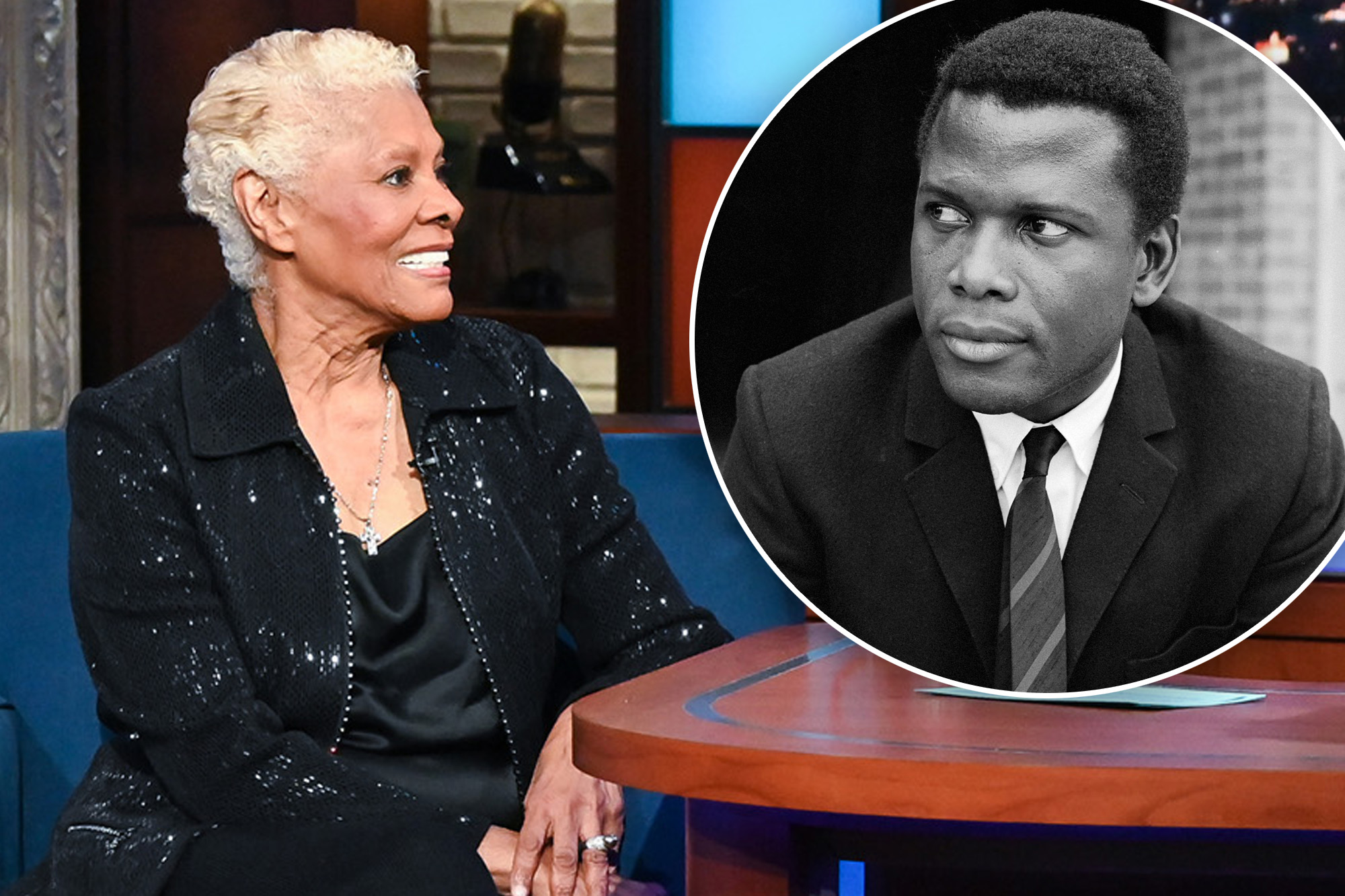 Dionne Warwick was a stalker.

On Thursday, the legendary performer and current Queen of Twitter revealed on “The Late Show with Stephen Colbert” that she stalked the late Sidney Poitier.

“I was coming out of a recording studio on 54th Street, and the [music] group came around the corner. And in front of me was walking this regal, gorgeous man, and I broke rank. I left my girls and I started following him,” she said with a laugh.

“Right at the corner, right here, at the corner of 54th and Broadway, he stopped. And you know, there are no shops on Broadway between 54th and 53 Street, and I’m looking in the air, acting stupid,” she added, noting this “meeting” happened around 1965.

“I actually bumped into him,” Warwick continued. “He turned around and he says, ‘Little girl. What do you want?’ And of course, I went crazy. My mouth didn’t work. And finally, I said, ‘Can I have your autograph?’ And from that day till the last time I saw him, which is a year or so ago, he did not greet me as, ‘Hi, Dionne.’ It was, ‘Hello little girl, would you like my autograph?’

Poitier – the first black man to win the Academy Award for Best Actor – died on Jan. 6 at his home in Beverly Hills. He was 94.

His passing brought out an outpouring of tributes and reminiscences from scores of actors, including close pal Harry Belafonte.

Poitier died on Jan. 6 at his home in Beverly Hills. He was 94.Getty Images

“For over 80 years, Sidney and I laughed, cried, and made as much mischief as we could,” he said in a statement to Page Six.

“He was truly my brother and partner in trying to make this world a little better. He certainly made mine a whole lot better,” Belafonte added.

The “To Sir With Love” actor died from a combination of heart failure, Alzheimer’s dementia, and prostate cancer.