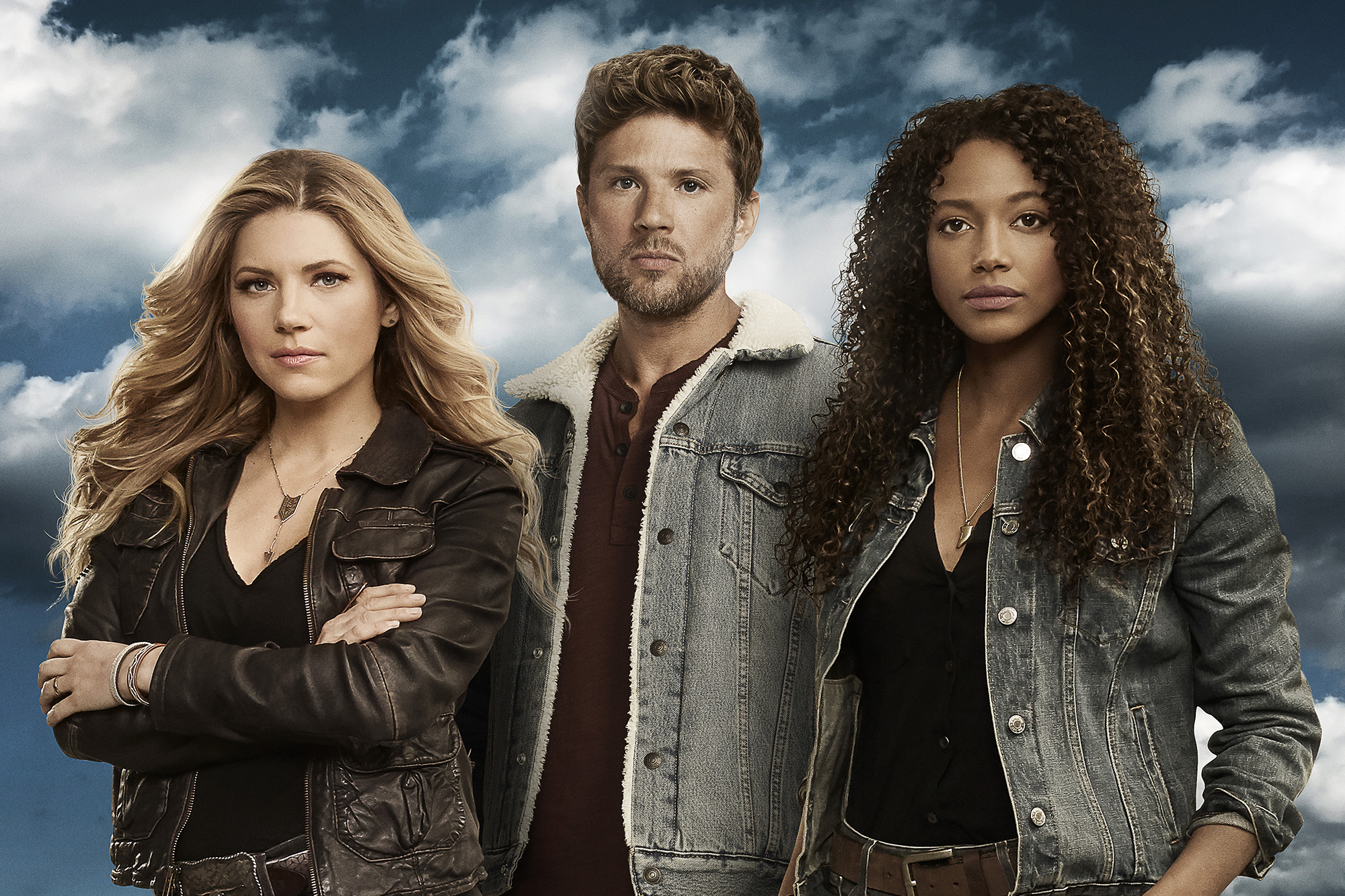 Big oops.
On Tuesday morning, Ryan Phillippe and Kylie Bunbury, who co-star in ABC’s new murder-mystery drama “Big Sky,” went on “Good Morning America” to promote the show.
Premiering Tuesday, Nov. 17, at 10 p.m., the new series follows private detectives Cassie Dewell (Bunbury, 31) and Cody Hoyt (Phillippe, 46) as they team up with Cody’s ex-wife, former cop Jenny (“Vikings” star Katheryn Winnick, 42) to search for a pair of kidnapped sisters in Montana.
Spoiler alert warning: Details about the untimely fate of one character might follow.
Unfortunately, it seems that Bunbury might have accidentally spilled a major surprise plot point. It appears that she suggested that Phillippe’s character, Cody, might die.
ABC reps did not immediately respond to The Post’s request for comment about the apparent spoiler.
However, viewers watching at home promptly tweeted, “Did that girl really just give the biggest spoiler on a brand new show?” Another tweeted, “I can’t believe this woman on #GMA spoiled that little tidbit of info about #BigSky . . . Yikes. honest mistake, I’m sure.”

And another “GMA” fan wrote, “Ryan Phillippe dies #BigSky #GMA”
Unfortunately, if you’re looking for the footage of the interview to see what the exact wording was and whether a major plot point really was spoiled, “GMA” seems to have done damage control, as the link to the interview on its site initially redirected to a “not found” page. The now-posted clip appears to have the moment edited out.
The Post has reached out to “GMA” about the footage.
If this plot point is true, it would be a move in line with “Game of Thrones” killing Sean Bean’s Ned Stark in Season 1, or “Watchmen” killing Don Johnson in the first episode. Phillippe, who is best known for “Cruel Intentions” (and for being the former Mr. Reese Witherspoon before their 2007 divorce), is the biggest name in the cast.
“Big Sky” premieres tonight at 10 p.m. on ABC.