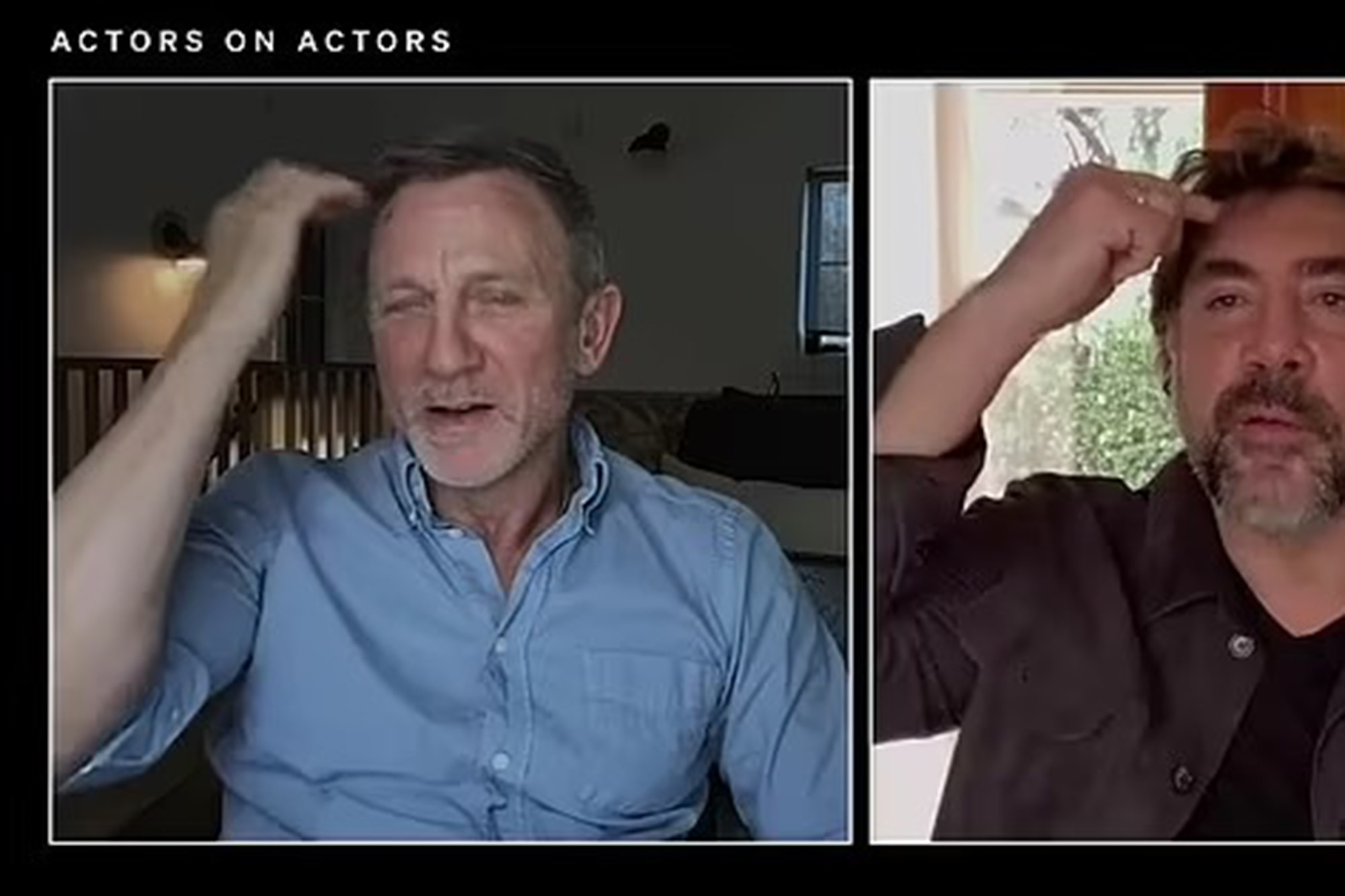 Daniel Craig may have a bit more of James Bond’s stoicism than he realizes, having recently spent an entire Zoom interview with Javier Bardem completely unaware that he was bleeding from his noggin.

“Let me ask you, my friend, this last question: What happened to you here?”‘ Bardem asked while pointing to a spot on Craig’s head during a chat for the Variety’s Actors on Actors series.

“Where? Did I bash my head?” Craig responded while feeling around his head, before adding, “Have I just got sandwich on my head? Have I done this whole interview — it’s probably a part of a sandwich!”

Both broke into peals of laughter before the British actor went to have a closer inspection with a mirror.

Craig originally though thought the blood spot was a bit of a sandwich.

“You know what it was? Christ,” Craig explained when he returned. “So, they’ve sent me this wonderful ring flash, which I’ve set up with an iPad in the middle of it. And I went like this like that and it just fell on my head just before we started!

“No wonder I get f–king injured every time I do a movie!”

Craig and Bardem found the situation hilarious.Courtesy of @variety

“Thank you for pointing out,” he continued. “No, literally, I just was setting this up and it went donk and I’m like, ‘Ow! Jesus!’ I’m not bleeding to death. It’s just a whatever. If I don’t get injured while filming, I’m not doing it properly.”

Craig explained that he bumped his head on a ring light prior to the interview.Courtesy of @variety

During his 14-year stint as the legendary agent, Craig indeed proved himself — to put it nicely — somewhat accident-prone.

Craig seems to be quite the klutz and nothing like James Bond.Getty Images

While filming “Quantum of Solace” he tore cartilage in his right shoulder. On “Skyfall,” he managed to rupture both of his calf muscles, while on “Spectre” he blew out his knee while fighting Dave Bautista so badly that the snap was audible.

Perhaps he’d better make sure his newest project is devoid of ring lights.