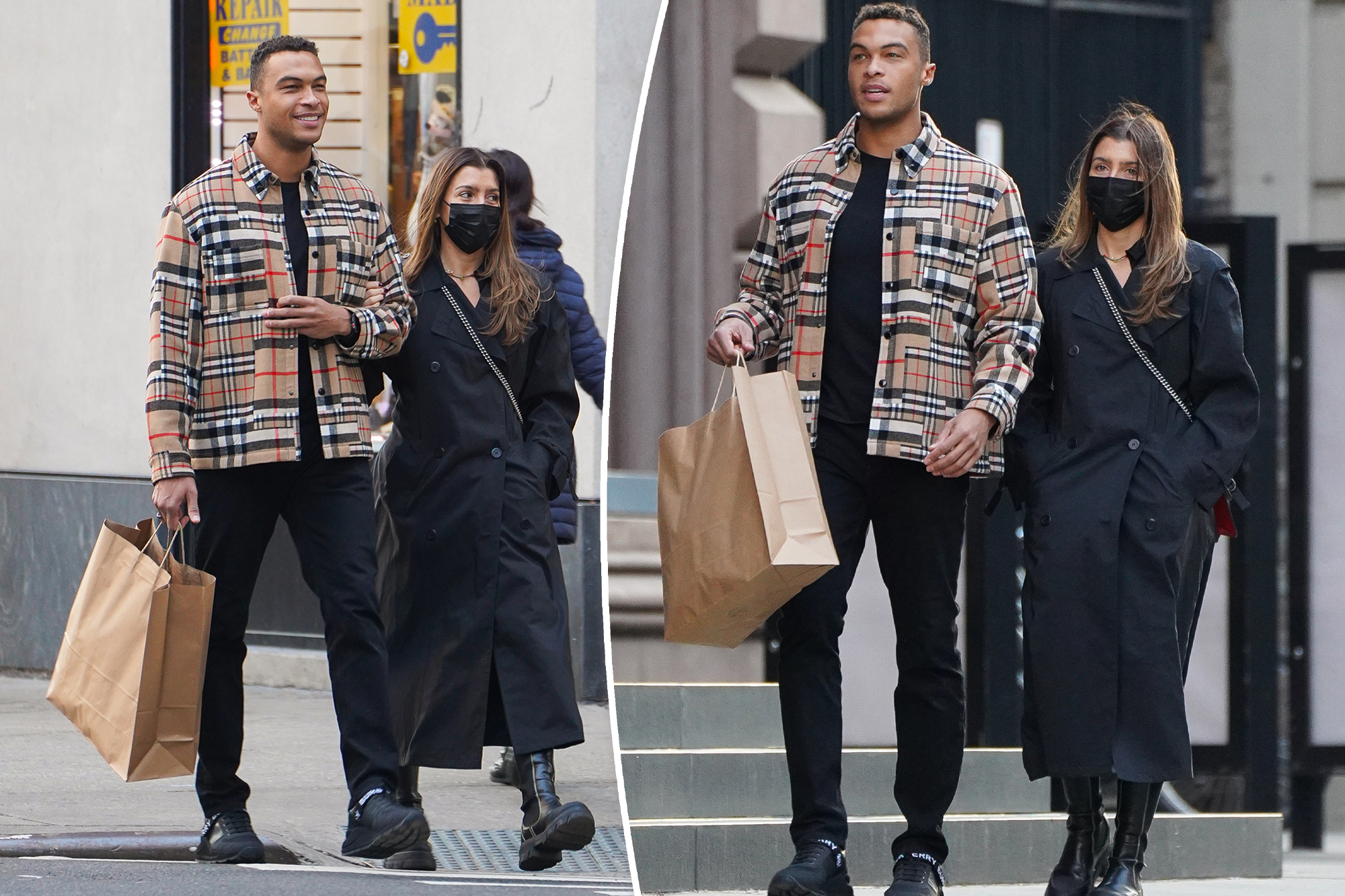 Dale Moss seems to be moving on with model and soccer player Florencia Galarza.

“The Bachelorette” alum — who split from Clare Crawley four months ago — was spotted walking arm in arm with Galarza in New York City last week.

The reality star, 33, donned a Burberry button-up shirt while the Argentinian beauty kept it casual in an all black ensemble.

Moss stepped out with the model a few months after he and Clare Crawley broke off their engagement. TheImageDirect.com

Although they appeared to be getting cozy in the snaps, a source close to the pair told E! News that they “are hooking up and it’s casual.”

The insider added, “They are not dating.”

The photos come a few weeks after Crawley, 40, sparked romance rumors with her former contestant Blake Monar, whom she sent packing during the second week of her short stint as “The Bachelorette.”

“Went for business, left with the most unexpected remarkable memories!” Crawley captioned a video on Instagram after she spent a weekend with Monar in Indiana.

“Indy, you were truly beautiful and exactly what my soul needed,” she added.

The former couple met while filming the ABC dating show.ABC via Getty Images

The post featured short clips of the duo bowling, shopping and laughing while driving in a car together.

Crawley and Moss broke off their engagement for the second time in September. An insider at the time confirmed the split to Page Six, “This time it’s for good. It didn’t end well.”

In October 2021, the hairstylist revealed the very public breakup had been “hard” and “painful.”

The pair rekindled their relationship after splitting for the first time, but have since broken up for good.Getty Images for Alo Yoga

“The one that gets me is, how do you say goodbye to somebody you never wanted to walk away from?” she said on Jana Kramer’s podcast “Whine Down.”