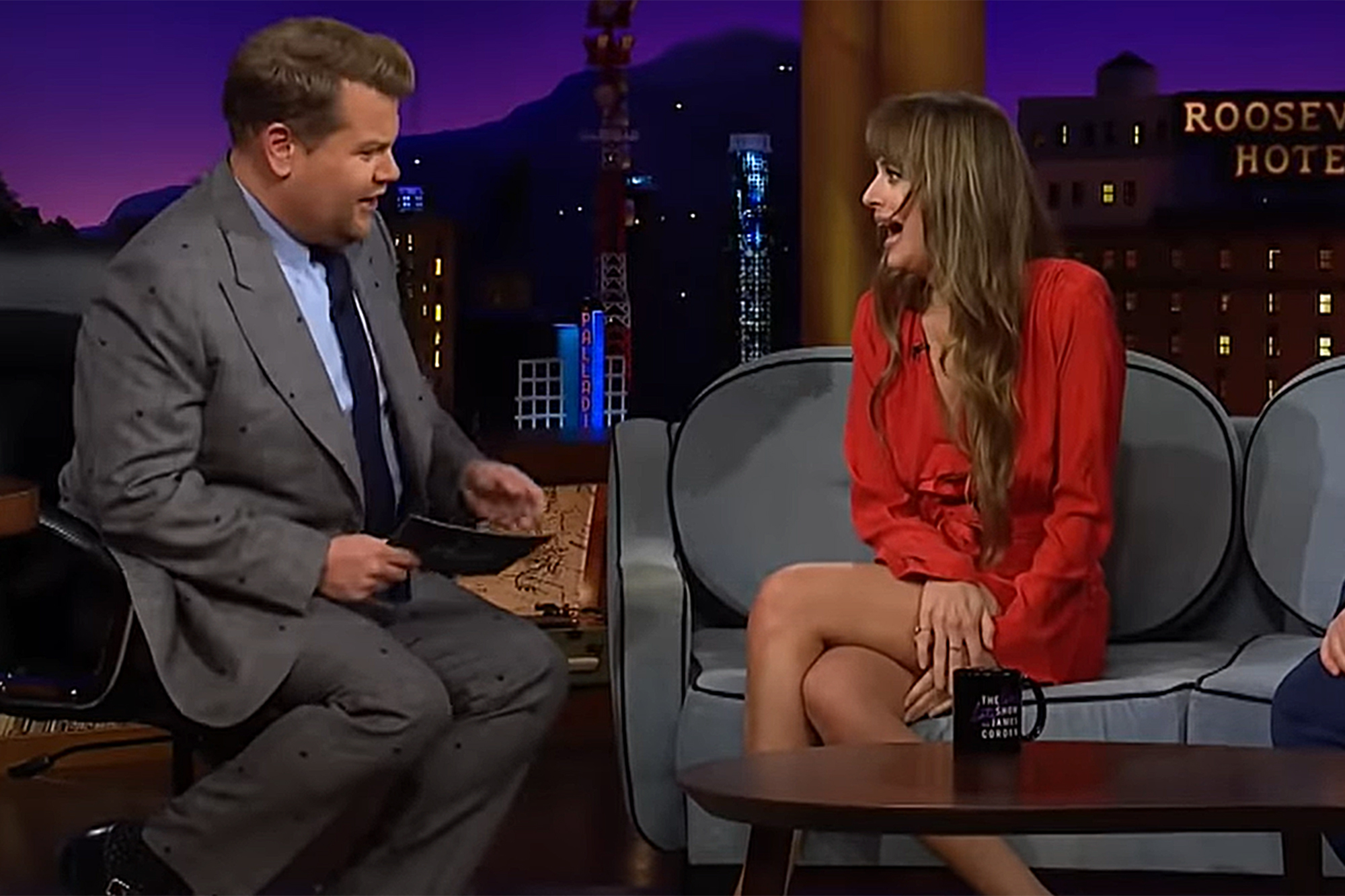 Some fashion risks are worth it.

Case in point? The red-hot Magda Butrym mini ($1,450) Dakota Johnson chose for her appearance on “The Late Late Show With James Corden” Wednesday — which fit the actress like a glove, despite being near-impossible to sit in.

“Are you okay? Are you alright? Do you want my jacket?” Corden told Johnson, 32, as she attempted to perch cross-legged on the couch for her interview, covering her upper thigh with both hands.

“I’m okay,” the star replied, before joking, “It’s nothing nobody hasn’t already seen.”

The quip echoed Johnson’s response to a similar style snafu from 2016, when the strap on her Armani Privé crop top snapped during an awards show.

“It’s not like nobody here hasn’t already seen my boobs,” she deadpanned at the time.

Johnson, of course, appeared as Anastasia Steele in the sexy “Fifty Shades” film trilogy — a racy role that catapulted her to Hollywood superstardom. Most recently, she starred in Maggie Gyllenhaal’s directorial debut, “The Lost Daughter,” which also called for her showing some skin.

“It’s difficult,” Johnson told W Magazine of undressing for scenes. “Some days, I don’t want to take off my clothes on set … Just because I look a certain way doesn’t mean I don’t have feelings.”

Fortunately, she’s also got a great sense of humor.