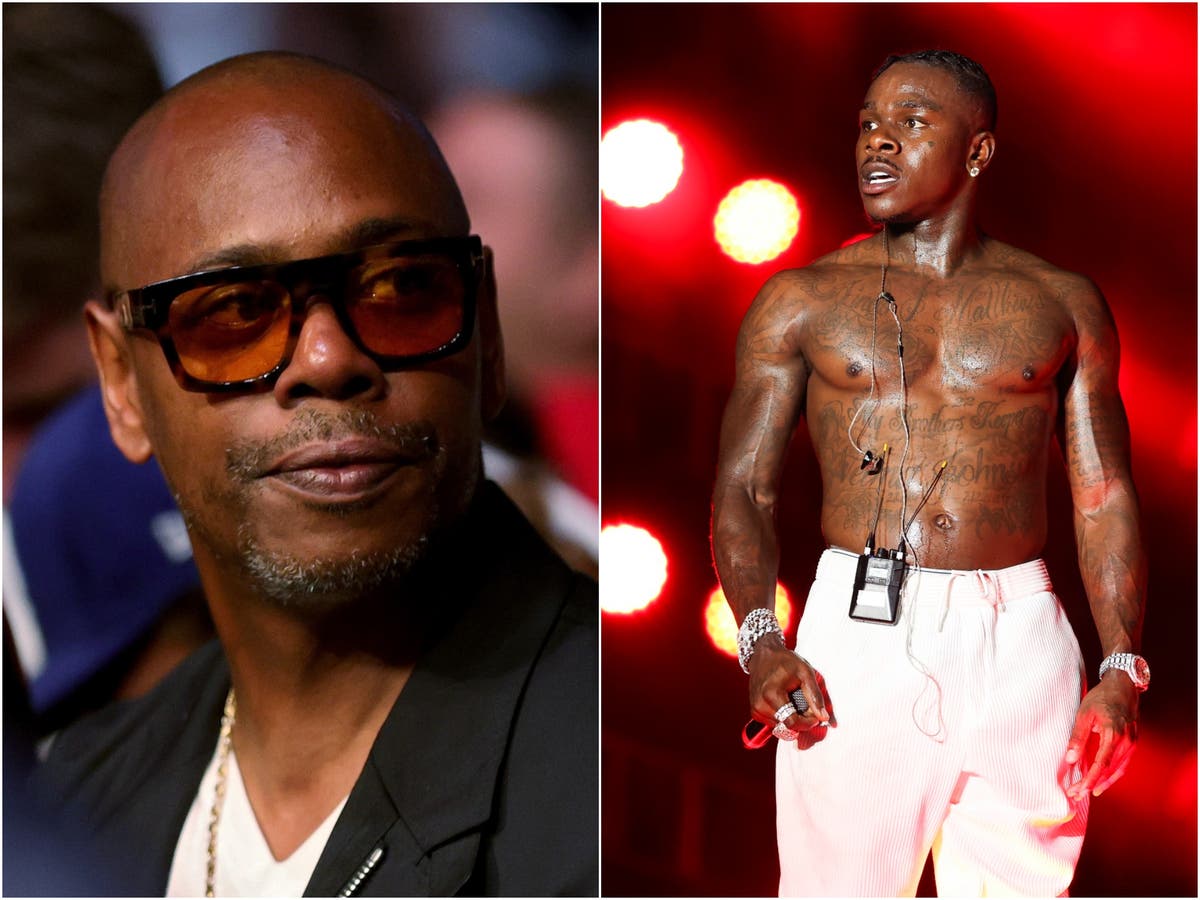 DaBaby seems to be off the hook following LGBTQ-related comments he made not too long ago. On the other hand, Dave Chapelle is not in the same situation. Check out all the available reports about these two cases as reported by The Shade Room below. ‘DaBaby and Dave Chappelle have shared the heat from the LGBTQ community over the last few months after the two made controversial comments about the LGBTQ community. While both of them have endured backlash, it looks like one organization is willing to forgive DaBaby, while still looking for an apology from Dave,’ TSR notes.

TSR continued and said: ‘If y’all recall, LGBTQ organizations offered to meet with DaBaby, and Dave Chappelle agreed to meet with Netflix employees after Dave joked about DaBaby’s involvement in a murder case compared to the sensitivity of the LGBTQ community. Since then, DaBaby has issued a public apology, and met with nine HIV awareness organizations to apologize as well. On the other hand, Dave said he is willing to meet with member of the community but will do so on his own terms.’ TSR said: ‘Gwendolyn D. Clemons, CEO of LGBTQ org ‘Relationship Unleashed’, told TMZ the members of her nonprofit are in support of DaBaby’s career continuing to flourish.’

Somoene said: ‘CEO of the queers …this is the biggest issue is when good cussed become corporate power structures…’ and a commenter posted this: ‘& he doesn’t have to! “Off the hook”… Like come tf on! No one needs approval to have thoughts!!!’ One other follower said: ‘Why should he? He said how he felt and He’s not changing it Move on,’ and a commenter posted this: ‘The only reason Dababy had any sort of remorse was because he was loosing money….. pls.’ One commenter said the following: ‘Imagine this CEO thinking they speak for the entire community! Have a damn seat!’ Another fan said: ‘The fact there’s a CEO for the community shows everything is abt money and not abt ppl,’ and one other follower said: ‘It’s giving y’all think y’all above every damn body. we don’t care get over it.’ DaBaby decided to apologize, addressing his own offensive comments about the LGBTQ community. This comes after he got in some serious hot water over his words! DaBaby, as you might have heard, received a lot of backlash over the anti-LGBTQ things he said while at the Rolling Loud festival this past weekend.