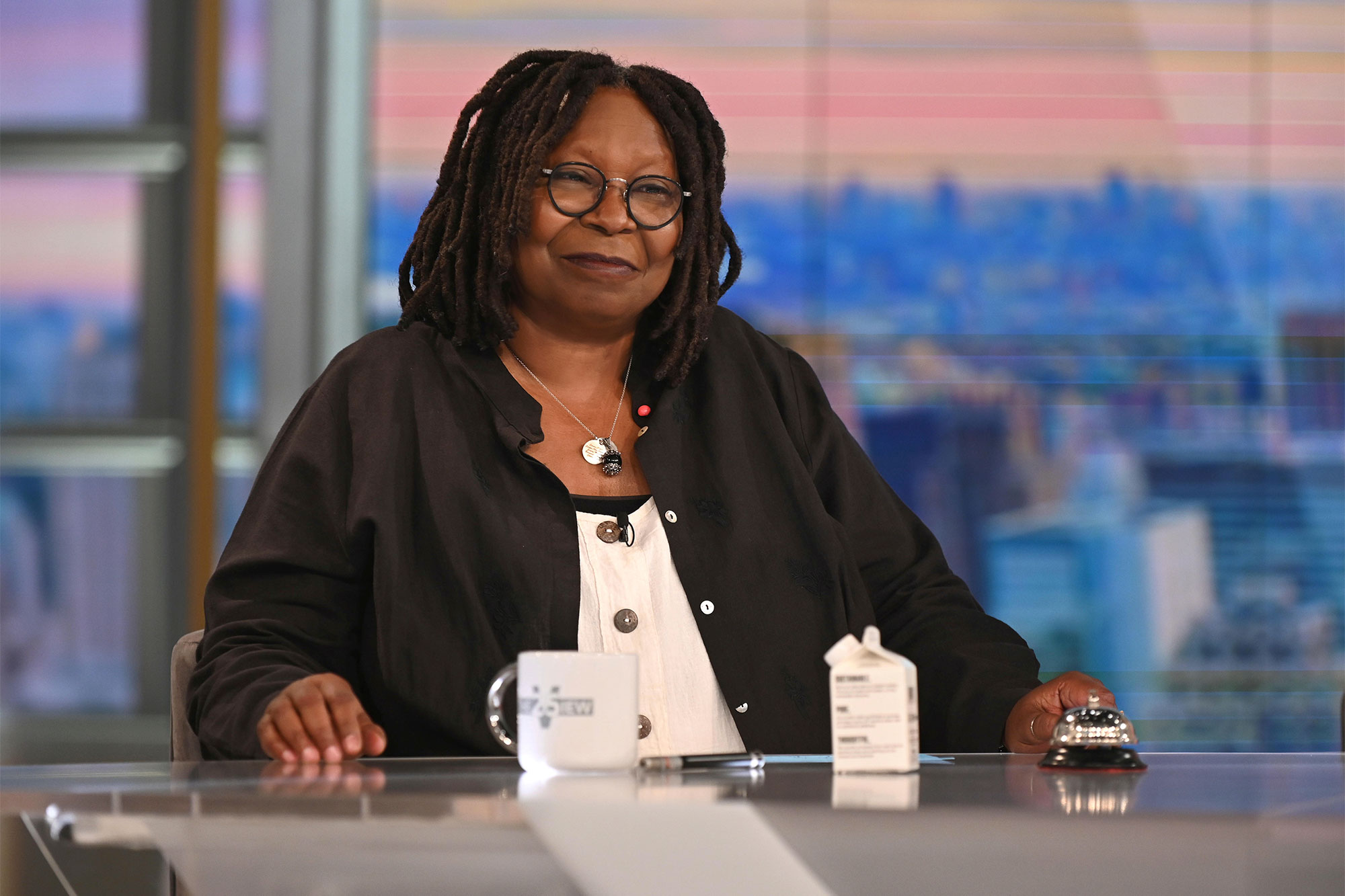 Whoopi Goldberg’s past is coming back to haunt her following the offensive comments she made about the Holocaust on “The View” earlier this week.

Goldberg (born Caryn Johnson), 66, apparently contributed to a cookbook where she submitted a cringe-worthy recipe for “Jewish-American Princess Fried Chicken,” according to the Daily Mail.

The talk show host wrote the recipe in 1993 for the charity cookbook “Cooking in the Litchfield Hills.”

The outlet obtained a copy of the book that contained instructions to cook dishes such as Diane Sawyer’s “roasted potato skins with scallion dip” and Eartha Kitt’s “summer zucchini soup with nasturtium blossoms.”

According to the book, the page for Goldberg’s dish included some unfortunate humor.

“Send chauffeur to your favorite butcher shop for the chicken (save the brown paper bag).”

“Have your cook 1) Melt equal parts oil and butter 3/4 deep in skillet over moderate heat.

The talk show host wrote the recipe in 1993 for a charity cookbook, “Cooking in the Litchfield Hills.”Patrick McMullan via Getty Image

“Then you tightly close top of bag (watch your nails) and shake 10 times,” she wrote. “Hand bag to Cook, go dress for dinner. While you dress, have Cook preheat oven to 350 degrees and brown chicken slowly in skillet. When evenly browned, have Cook place chicken in dish in oven. Have Cook prepare rest of meal while you touch up your makeup.”

She added, “In about half an hour, voila! Dinner is served! You must be exhausted.”

According to the Daily Mail, the Anti-Defamation League took issue with the page at the time, calling it “insulting” and “anti-Semitic.” They stated, “It’s a lousy recipe with insensitive and anti-Semitic ingredients. Whoopi should know better.”

The “Ghost” actress responded back to the backlash and claimed she had Jewish ancestry.

Her agent, Brad Cafarelli, explained, “Maybe (the critics) are not aware that Whoopi is Jewish, so she is certainly not anti-Semitic.”

Reps for Goldberg have not responded to The Post’s requests for comment.

The host made some offensive comments about the Holocaust on “The View” earlier this week.ABC

In 1997, Goldberg revealed her religious background in an interview with Playbill and said she took her stage name of Goldberg from a “Jewish ancestor.”

She said at the time, “My family is Jewish, Buddhist, Baptist and Catholic — none of which I subscribe to, by the way, as I don’t believe in man-made religions.”

Goldberg was suspended from “The View” for two weeks following her statements. On an episode that aired on Monday, she said that “the Holocaust isn’t about race. No, it’s not about race. It’s about man’s inhumanity to man.”

She later apologized on “The View” the next day and said, “Words matter, and mine are no exception. I regret my comments, and I stand corrected. I also stand with the Jewish people.”