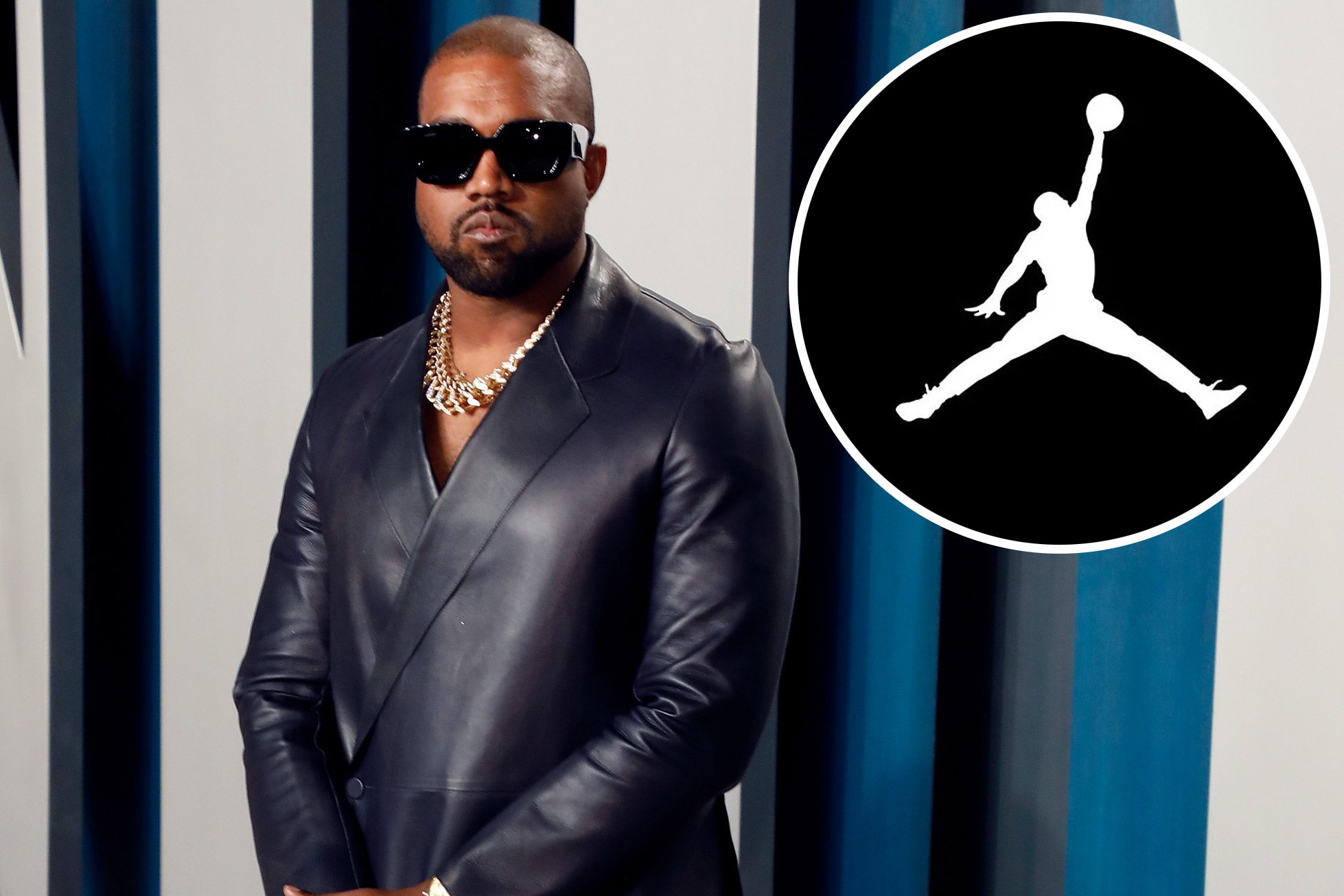 Did Yeezy just jump in with the Jumpman?

Kanye West sent his fans into a frenzy on Friday when he posted a photo of the iconic Jordan Jumpman logo on Instagram, insinuating that he’d be open to a collaboration.

He also added a screenshot of a comment Marcus Jordan, Michael Jordan’s second eldest son, left on DJ Khaled’s Instagram post with Ye, declaring that he wanted to “make THAT convo happen.”

But would West — who famously signed a $10 million deal with Adidas in 2013 after a huge falling out with Nike — actually ever choose checks over stripes?

The rapper, 44, was Nike’s first-ever non-sports collaborator, releasing his Air Yeezy 1 and Air Yeezy 2 Red October sneakers with the company in 2009 and 2014 but publicly complaining that he wasn’t making enough royalties off the sales.

In 2016, he released the song “Facts,” bragging about the massive success of Yeezy’s Adidas partnership. “Yeezy, Yeezy, Yeezy, I feel so accomplished / I done talked a lot of s—t but I just did the numbers,” he rapped.

Other lyrics from the diss track include, “Yeezy, Yeezy, Yeezy, the line up for days / Nike out here bad, they can’t give s—t away” and, “Nike, Nike treat employees just like slaves.”

The Air Yeezy 2 Red October sneaker marked West’s second launch with Nike, and was released under a cloud of conflict. However, the 2014 design now fetches nearly $50,000 on resale sites.Getty Images

Indeed, West’s Yeezy line made him a billionaire in 2018, with the superstar reportedly pocketing 5% of the collection’s net sales. He’s since signed a 10-year partnership deal with Gap and, most recently, Balenciaga.

Despite his nearly decade-long beef with Nike, however, Kanye has been (not so) subtly dropping hints that he may be ready to reconcile. He’s worn the brand several times in recent years, as reported by Highsnobiety.

In 2019, West was spotted trying on a pair Air Max 720 sneakers while shopping on Thanksgiving, though it’s unclear if he actually purchased them. In 2020, he tweeted admiration for the ISPA Road Warrior, declaring that he “need[ed] a pair.”

That same year, West tweeted that he would only wear Jordans until Adidas put him on its board, but it wasn’t until 2021 that he stepped out proudly sporting a pair of Vandal Highs. He went on to rock Nike socks at “Donda” listening parties and Balenciaga’s couture show, even styling them with his polarizing Foam Runners.

Plus, who could forget West’s answer when GQ asked whether he’d support an Air Yeezy rerelease?

“Man, I’m with everything,” he said at the time.