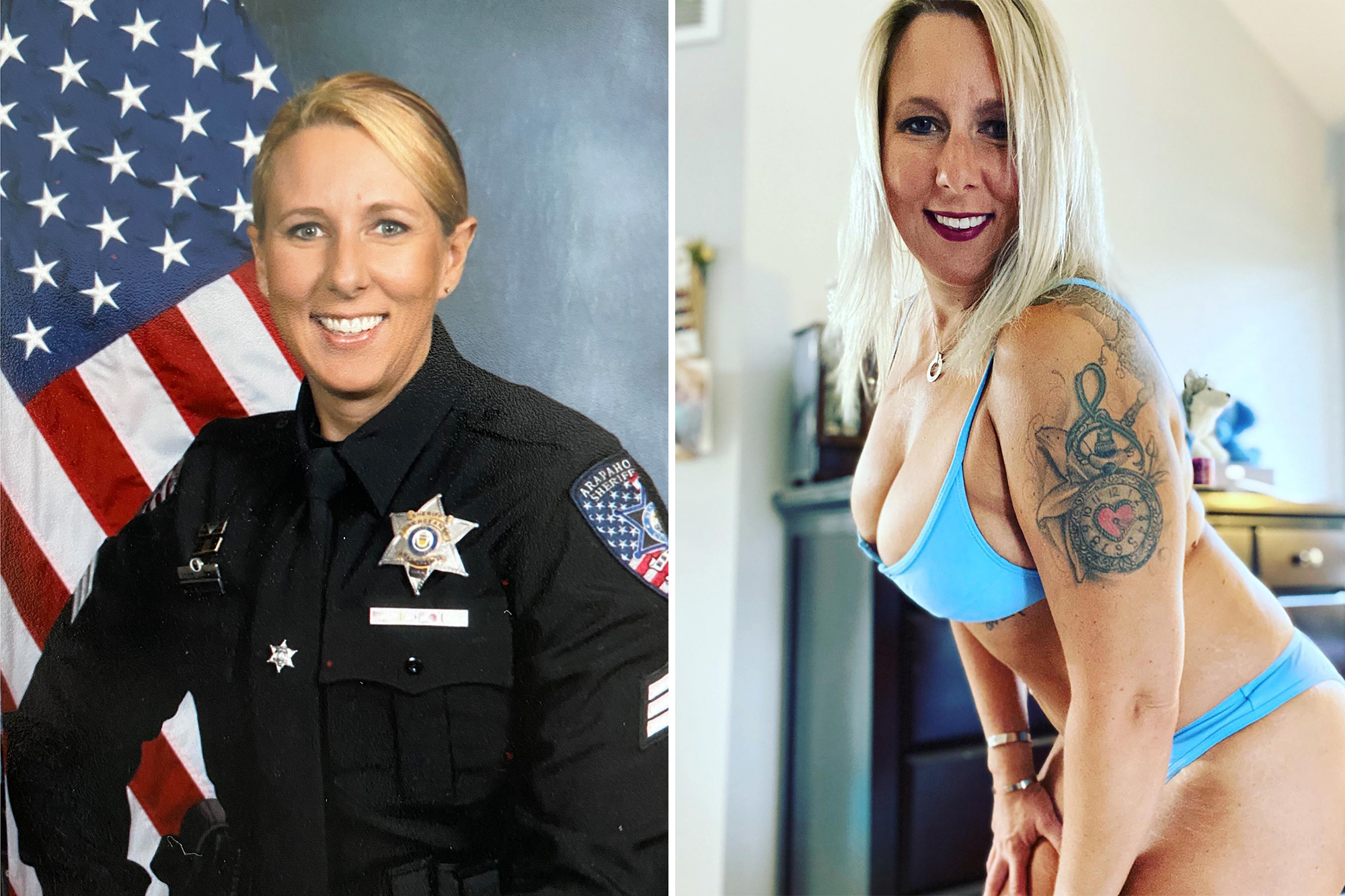 A former Colorado police lieutenant has claimed she was forced to quit her gig after her colleagues discovered that she had a secret OnlyFans account.

“I was in shock and panicking because I never wanted these two parts of my life to collide,” Melissa Williams, 46, told Jam Press of her resignation, in which she reportedly received a $30,000 severance package to leave the force.

“My personal sex life was entirely separate and never affected my ability to do my job,” said the cop-turned-skin-flick-star, who “felt like my bosses were policing my bedroom.”

Ex-Colorado cop Melissa Williams claimed she was forced to resign after her colleagues discovered her OnlyFans page.Jam Press/@the.real.bella.lexi.2

The Arapahoe County Sheriff’s Office did not immediately respond to The Post’s requests for comment about Williams’ claims.

Known by the alias Lexi Bella (@the_real_bella_lexi) on OnlyFans, Williams predominantly shared saucy snaps of herself and her husband, who has opted to remain anonymous for privacy reasons.

“A lot of the material my husband and I shared is stuff we’d taken in our private sex life over the years,” explained the mother of two. “I was working up to 60-hour weeks, so mostly my husband ran the page and shared my pictures, and then sometimes we’d have fun dressing me up and taking photos especially to share.”

Williams said she’s happier now that she doesn’t have to deal with the stress of being a cop.Jam Press/@the.real.bella.lexi.2

Williams had been making a good side-living on OnlyFans for about 18 months, Jam Press reported, when in August 2021 the cop’s boss supposedly received an anonymous tip about her salacious side hustle.

Williams had dreamed of being a cop since she was 14.Jam Press/@the.real.bella.lexi.2

The aghast officer claimed that she subsequently received an official complaint via email, whereupon she allegedly discovered that her colleagues had been gossiping about her sextra-curricular activities — with some even signing up for her page.

“The complaint came totally out of the blue,” said the horrified officer. “Then I was angry and embarrassed because the notice went on to say how five colleagues of mine — all in lower and higher ranks than me — had obtained access to my paid account to access my private content so they could investigate my conduct.”

Williams claimed her fellow cops shared her X-rated pictures around the office.Jam Press/@the.real.bella.lexi.2

Williams said she is earning around $4,000 per month on OnlyFans.Jam Press/@the.real.bella.lexi.2

Williams told Jam Press that she felt as if her fellow officers weren’t seeking justice but rather simply wanted to see her “naked.” Especially as, following the alleged investigation, the lieutenant’s saucy snaps were allegedly shared widely around the office.

“I didn’t consider my OnlyFans page to be a work matter,” she said.

However, rampant “slut-shaming” apparently began to take a serious mental toll on Williams, who, on Aug. 23, 2021, reportedly had a doctor sign off on 12 months of leave with the recommendation that she leave her job for good.

Williams obliged, whereupon the local force and her attorney allegedly put together a $30,000 severance package.

Leaving the force has proven bittersweet for the ex-cop, who said she had dreamed of being a police officer since she was 14 years old.

“I loved my job — but how could I go back to work in an environment like that?” said Williams. “It was hard being a woman in the force. People have always been jealous of me because I am successful, attractive and confident.”

“My family are glad they don’t have to worry about me not coming home,” added Williams, who also shares saucy snaps to Instagram.

And while Williams said she is currently only earning about $4,000 a month on OnlyFans — less than her police salary — she hopes her page will take off now that she can spend more time on it. However, in the future, she aspires to become a team leader or manager in security or corporate training.

Despite her sex-cess, Williams still believes that the scandal “could have been handled with a professional conversation,” rather than a supposedly forced resignation.

“Instead, I felt I was a really good police officer and felt pushed out of a really good career because of prudishness,” she lamented.

Williams isn’t the first cop to turn to OnlyFans after receiving the boot. In June, an Australian cop — who got sacked for snorting coke off a Playboy model’s nude body — revealed that he started an OnlyFans page with the same woman.