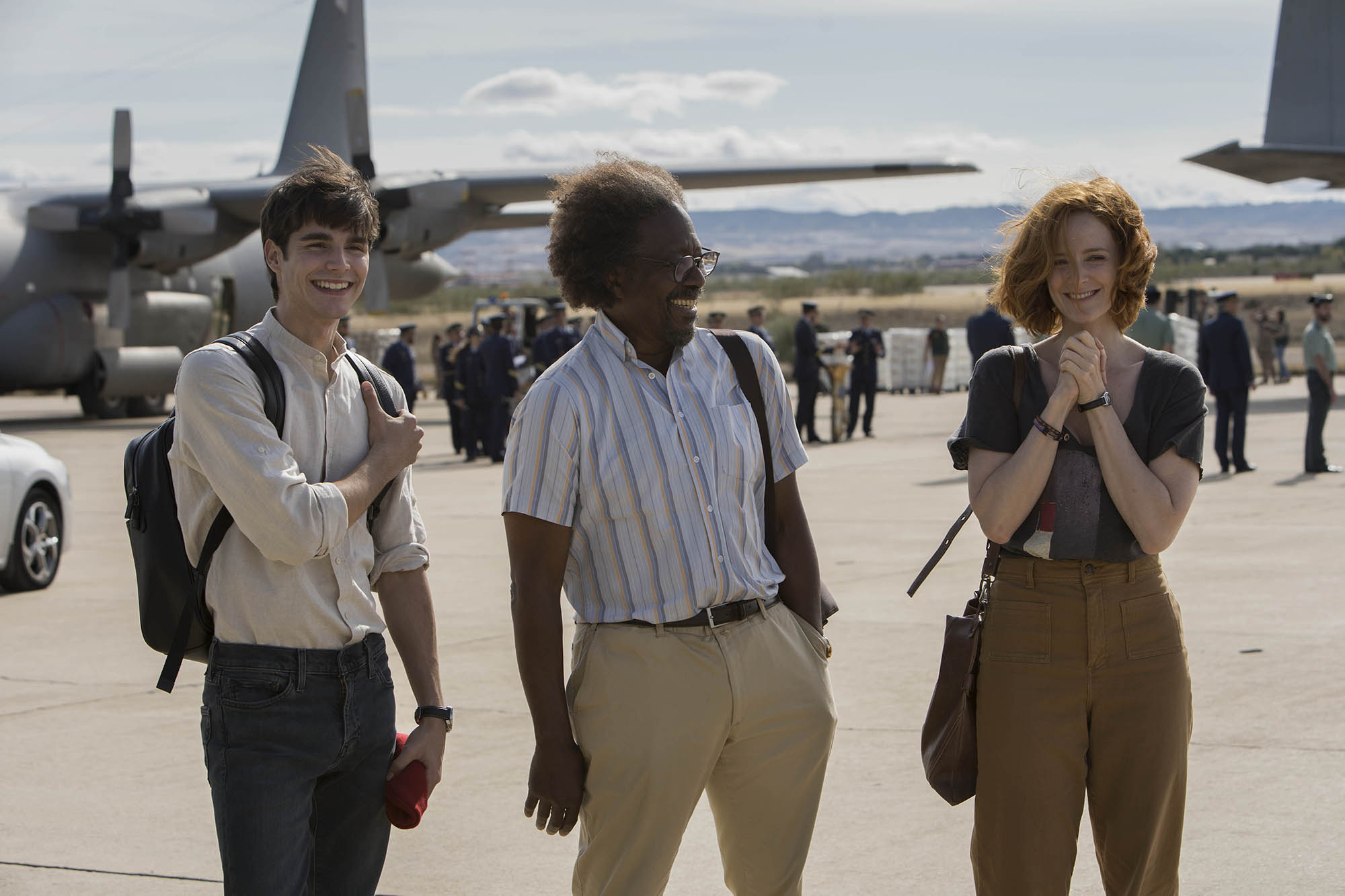 Clarke Peters and Stanley Tucci play adversaries who share a tragic past in “La Fortuna,” a six-episode series premiering Thursday (Jan. 20) on AMC+.

The international production, co-written and directed by Oscar winner Alejandro Amenabar (“The Sea Inside”), follows rookie Spanish diplomat Alex Ventura (Alvaro Mel) and his fiery civil-servant ally, Lucia Vallarts (Ana Polvorosa), as they lock horns with maverick underwater explorer Frank Wild (Tucci). He’s recovered an estimated $500 million worth of gold coins near Gibraltar from a Spanish galleon sunk by the British Navy in 1804 and brought it back to Atlanta — refusing to return it to Spain, which considers itself the bounty’s rightful territorial owner.

Alex and Lucia turn to internationally acclaimed maritime law attorney Jonas Pierce (Peters) to face off in court with Wild on behalf of the Spanish Ministry of Culture. But it’s tricky; Pierce and Wild were best friends and treasure hunters in their younger days along with Pierce’s brother — whose death on one of their expeditions drove a wedge between the two men.

“I like their history very much,” Peters, 69, told The Post. “I like the sense of adventure that kids have and the desire to explore and find treasure. I think that’s something that goes along with youth.

“The unfortunate demise of [Pierce’s] brother set him on a completely different course and we’ll never know what really did happen,” he said. “Did his brother go in headstrong, go in by himself or was he coerced? Is Jonas wrong in judging Frank as harshly as he is? “I think he’s got a pretty good idea of who he’s dealing with when we see the game Frank is playing in order to hold on to the treasure.”

Pierce’s feelings toward Frank are obvious: he calls him a “pirate” and states emphatically that “No civilized country would ever negotiate with a man like Frank Wild.”

“He’s principled and dog-eared and both of those characteristics hooked me,” Peters said of Pierce. “Seeing the scripts, I got a good sense of what his morals were — not too far from my own — and it was an easy acceptance and an easy marriage.”

“La Fortuna,” adapted from the graphic novel “El tesoro del Cisne Negro” (“The Treasure of the Black Swan”), and shot mostly on location including Madrid, Cadiz and Zaragoza, includes flashback scenes to 1804 showing how the fleet of four ships, including the titular galleon, were attacked en route to Spain from America while transporting the gold coins — triggering the Anglo-Spanish War (1804-09).

“The booty that was found [by Wild] was actually part of their culture heritage — as Alex says [about La Fortuna], they weren’t just standing on the bridge of the ship tossing gold coins into the sea for their amusement,” Peters said. “The British attacked them and it did change the relationship of Europe to itself for decades.

“It’s like what Jonas says, that the difference between Frank and Indiana Jones is that Indiana Jones took treasure and returned it to the museum, where Frank just wants to hoard it and put it in his pocket,” he said. “I think that’s a very valid argument for Jonas to pursue — to make sure the treasure is returned to where it’s supposed to be.”