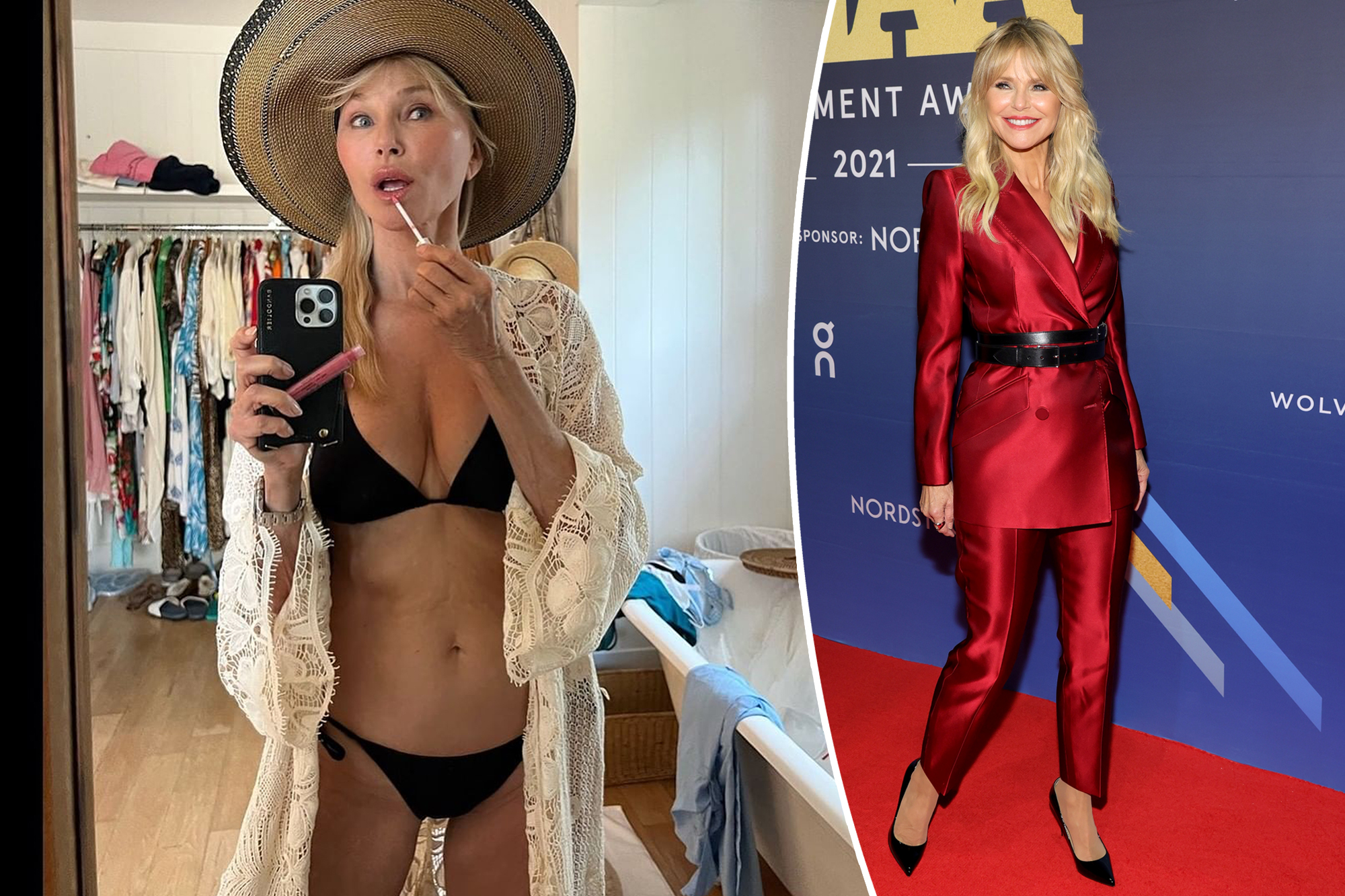 The former Sports Illustrated model, 67, posted a new pic of herself wearing a tiny black bikini, knit coverup and a large hat to Instagram over the weekend before hitting the beach.

“Hat✔️Sunblock✔️SBLA Lip Plump and Sculpt✔️Gratitude ✔️,” she captioned the mirror selfie, plugging a lip gloss ($52) from her partnership with SBLA Beauty.

“Gorgeous Christie..You truly take such good care of yourself! You’re Ageless & Very Inspiring,” one fan said. Another commented, “Stop it! You defy the laws of aging.”

Though she proudly flaunts her body on Instagram, Brinkley has said in the past she does not plan to return to the pages of Sports Illustrated.Getty Images

And while there were some trolls among the praise, Brinkley has previously said she continues to show off sexy snaps for other women her age.

“I post these pictures because I hear from women my age all the time that say, ‘Thank you for changing the way people think about the numbers,’” she said last year.

“Everybody’s different, everybody’s unique,” she added. “But it’s like telling a gymnast she can’t do flips past a certain age. It doesn’t make sense. If you’ve got great legs, show them … Don’t be controlled by those numbers.”

Despite other supermodels like Paulina Porizkova, 56, returning to the pages of Sports Illustrated decades after their first appearances — as well as daughter Sailor Brinkley-Cook making the first-ever second-generation appearance in the glossy in 2017 — Brinkley says her bikini days are now purely for fun.

“Been there, done that,” she exclaimed.

Rihanna’s Savage X Fenty Show Leaves Fans In Awe
Sofia Richie Looks Like A Goddess In Cult Gaia Muriel Dress
We use cookies on our website to give you the most relevant experience by remembering your preferences and repeat visits. By clicking “Accept All”, you consent to the use of ALL the cookies. However, you may visit "Cookie Settings" to provide a controlled consent.
Cookie SettingsAccept All
Manage consent