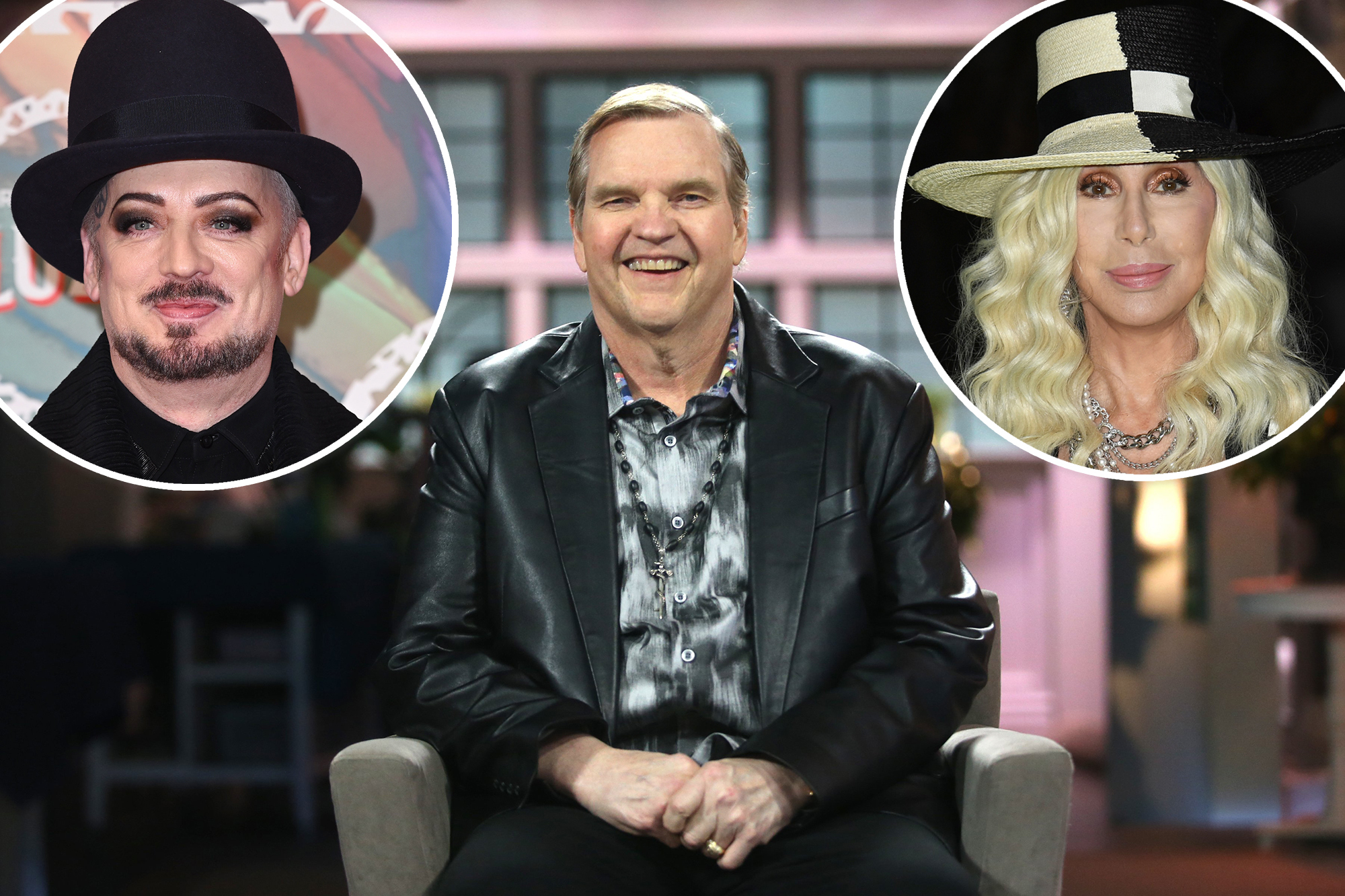 The music world is paying tribute to Meat Loaf after the rocker died at the age of 74 on Thursday.

“Had So Much Fun With Meatloaf When We Did ‘Dead Ringer,’” Cher tweeted on Friday, referring to their 1981 collaboration, “Dead Ringer for Love.”

“Am Very Sorry For His Family,Friends,& Fans,” the “Believe” singer, 75, continued. “Am I imagining It, or Are Amazing Ppl In The Arts Dying every other Day!?”

Boy George, meanwhile, reminisced about a funny moment the two once shared.

“R.I.P Meatloaf. Love and prayers to all his family and close friends,” the Culture Club frontman, 60, tweeted. “He once turned me upside down in a Chinese Restaurant in St Johns Wood.”

The “Phantom of the Opera” composer, 73, added, “Give my best to Jim,” referring to Jim Steinman, Meat Loaf’s longtime collaborator and songwriter who died last year.

Rick Astley added, “Meat Loaf. What a legend. Rest in peace – Rick x,” with a photo of the “Never Gonna Give You Up” singer, 55, and his late pal.

Meat Loaf, seen here in 1978, died after reportedly coming down with COVID-19.Getty Images

The “I’d Do Anything for Love” singer also received tributes from stars including Stephen Fry and Piers Morgan.

“I hope paradise is as you remember it from the dashboard light, Meat Loaf. Had a fun time performing a sketch with him on Saturday Live way back in the last century,” the actor, 64, tweeted along with a clip of their skit.

Fry added in another tweet, “He had the quality of being simultaneously frightening and cuddly, which is rare and rather wonderful.”

And Morgan, 56, tweeted, “RIP Meat Loaf, 74. One of rock music’s all-time great characters whose seminal iconic album ‘Bat Out Of Hell’ is one of the biggest-selling records in history. A wondrously talented, flamboyant, funny, outrageous and rebellious chameleon. Sad news.”

He died with his family by his side. Getty Images

“Our hearts are broken to announce that the incomparable Meat Loaf passed away tonight with his wife Deborah by his side,” the post read. “Daughters Pearl and Amanda and close friends have been with him throughout the last 24 hours.”

Meat Loaf, whose real name was Marvin Lee Aday, had been “seriously ill” with COVID-19 just days before his death, TMZ reported. It is unclear whether he was vaccinated.