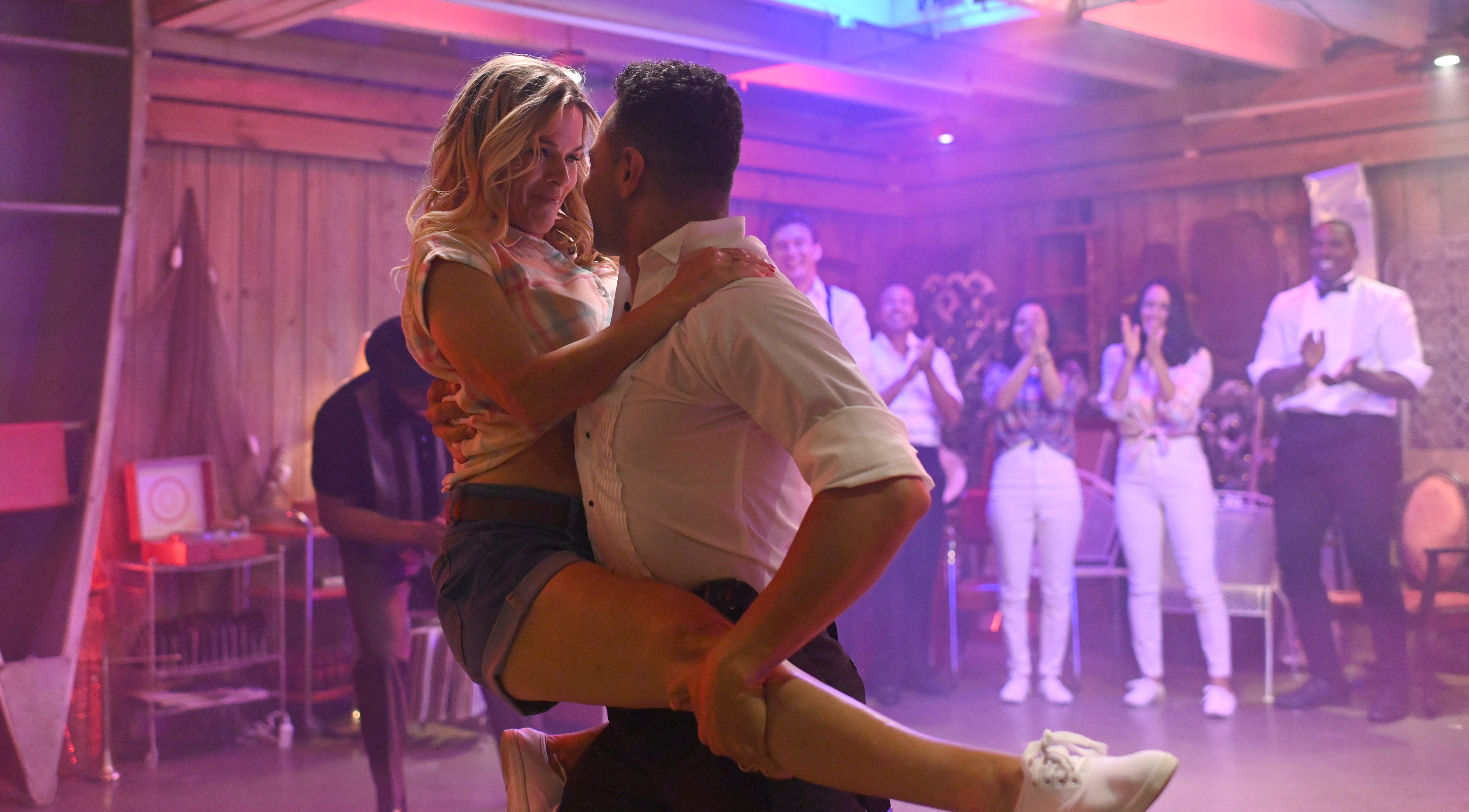 Nobody puts Baby in the corner.

“It’s basically a celebration of ‘Dirty Dancing.’ It’s the 35-year anniversary, and this movie has become such an incredible classic,” Boss, 39, told The Post.

“We get to relive all of the moments, and the way we get to do that is our incredible cast of eight different celebrities from various walks of life revisit where they actually shot ‘Dirty Dancing.’”

They team up in pairs and try to re-create dances from the movie in front of judges until one pair is ultimately crowned as the winning “Baby” and “Johnny” (for Grey’s nickname in the movie and Swayze’s character, Johnny Castle).

“When I was pairing everybody up, I was really thinking not only about their skill level and personalities, but also how they would work together as partners, and what they would be able to pull out from each other,” said Boss. “I can’t say too much, but … it is exciting all the way through. Lonnie Love said that she did this to show that this movie was for everybody. They might not look exactly like Patrick Swayze or Jennifer Grey, but what they do bring to the table is different aspects, whether it’s a flirtatious nature or confidence or an all-out competitive streak.”

Onscreen, the dancers re-create scenes from the movie such as carrying a watermelon, practicing jumping in the water, and the iconic final dance number, including the legendary lift.

“Not only are we paying tribute, but [we are] paying respect,” said Boss.

Boss, who is best known for “So You Think You Can Dance?” and “The Ellen DeGeneres Show,” said that he has his own personal history with “Dirty Dancing.”

Patrick Swayze and Jennifer Grey as Johnny and Baby in “Dirty Dancing.”

“I started dancing somewhat late. I didn’t grow up dancing in the studio and taking dance lessons like that,” he said. “So, when I found ‘Dirty Dancing,’ which was well into my college career, seeing the machismo and the masculine energy that Swayze brought, I just found it incredibly inspiring. I feel like I carry a little bit of that around with me; the confidence he used.

“Especially if you are a fan of the movie, the journey is just spectacular,” he said. “We have some nostalgic moments [and] a couple of surprise guests that people will be thrilled about. It’s a beautiful show to watch.”

Host Stephen “tWitch” boss wears 1960s inspired threads to get in the spirit of “Dirty Dancing” in “The Real Dirty Dancing.” ANTONY PLATT