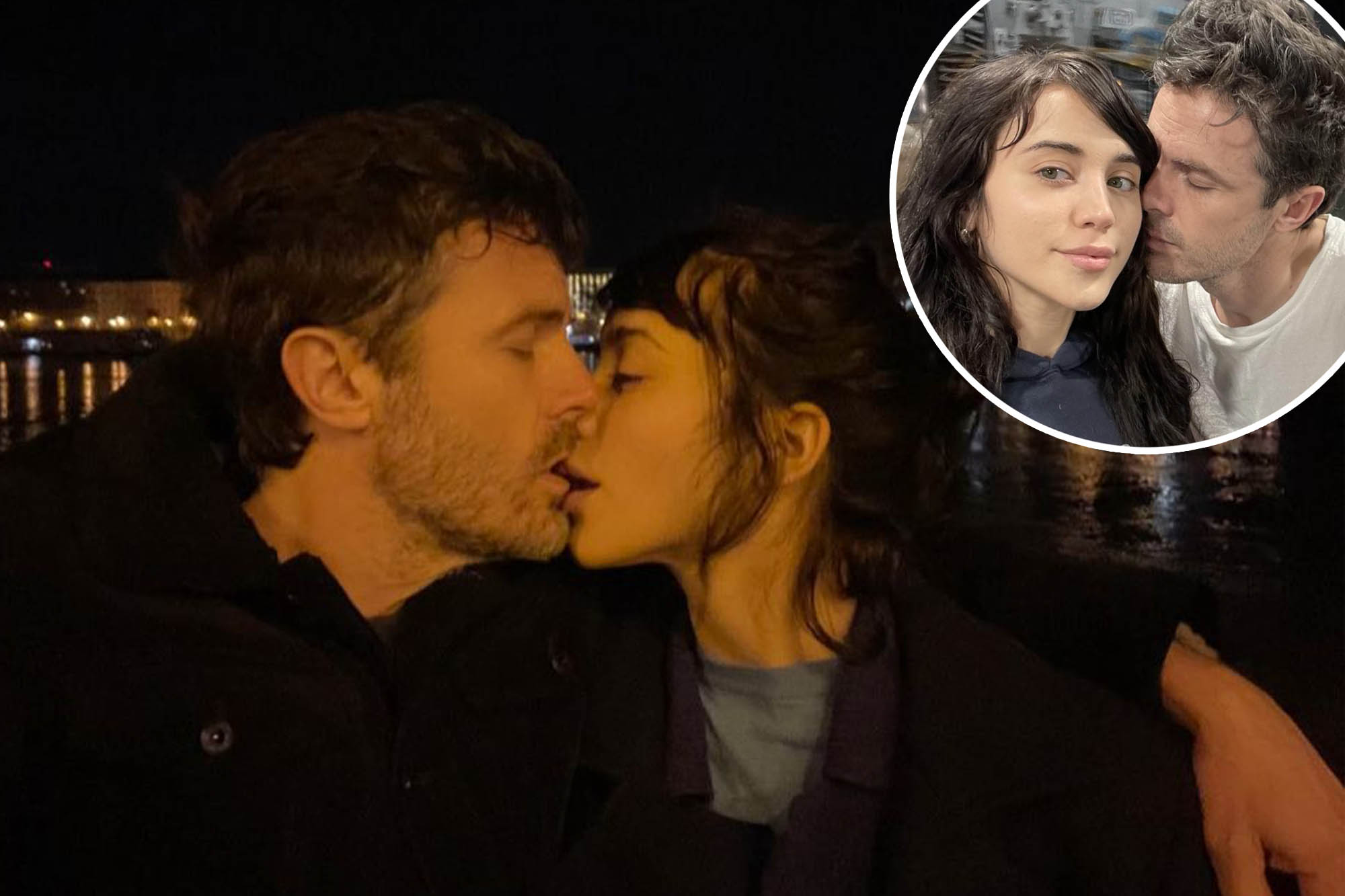 Casey Affleck and his girlfriend, Caylee Cowan, celebrated one year of knowing each other Wednesday — with plenty of PDA.

“A year ago, we met. A few months ago, I got smart. Thank God, it wasn’t too late,” Affleck, 46, began a lengthy dedication to the actress, 23, on his Instagram account alongside a photo of himself sniffing her hair in a kitchen.

“On our first date, you carried firewood up, built a fire, and gave me a low eyelid look that was so strong I had to take a knee for a minute,” he continued.

“Tonight, to celebrate knowing each other for a year, we went down to the local bakery here in Budapessshtt [sic] and cooked twelve loaves of bread. All I could smell was you.”

The “Light of My Life” director went on to acknowledge the couple’s “ups and downs this year” while affirming that his love for Cowan has only grown stronger.

“I don’t know what I did to deserve you, but I am determined to figure it out and keep doing it forever,” Affleck concluded. “While it beats, you have a place in my heart. I hope you stay that long. I love you. Casey.”

At 23, Cowan is half Affleck’s age.Instagram/Casey Affleck

Cowan also poured her heart out on Instagram in honor of their year of bliss, posting a black-and-white photo of her and Affleck in matching white button-down shirts as well as a picture of them sharing an open-mouthed kiss.

“Today, January 26th, is the day we first met. The universe conspired to bring us together when we each needed the other most,” she began her caption.

“Caleb Casey Affleck, you are the other half of my heart. You are such a wonderful and loving boyfriend,” she continued. “You are a genius who beats everyone at chess (except your youngest son). You are genuine. You say what you mean and mean what you say. You are generous with your time. You are gracious and forgive yourself and others. You are the greatest gift.”

The “Sunrise in Heaven” star echoed that “hardship makes the heart stronger” in their relationship.

“You make me feel safe in this world,” she added. “The shelter of your embrace gets me through the toughest days. In Vietnam, it is said that a nickname for one’s life partner is ‘my home’ and that is what you’ve become for me. A home. Caleb Casey Affleck, I love you! Catherine Caylee Cowan.”

The pair went Instagram-official in November, days after Page Six published the first photos of them kissing in Los Angeles.

Affleck was previously married to actress Summer Phoenix from 2006 to 2017. They divorced after the #MeToo movement saw the resurfacing of 2010 sexual harassment allegations against the actor; he denied wrongdoing and settled two lawsuits out of court.

Brad Pitt not dating Lykke Li, hasn’t seen her ‘in years’
Garcelle Beauvais, Sutton Stracke unfollow Erika Jayne on IG
We use cookies on our website to give you the most relevant experience by remembering your preferences and repeat visits. By clicking “Accept All”, you consent to the use of ALL the cookies. However, you may visit "Cookie Settings" to provide a controlled consent.
Cookie SettingsAccept All
Manage consent