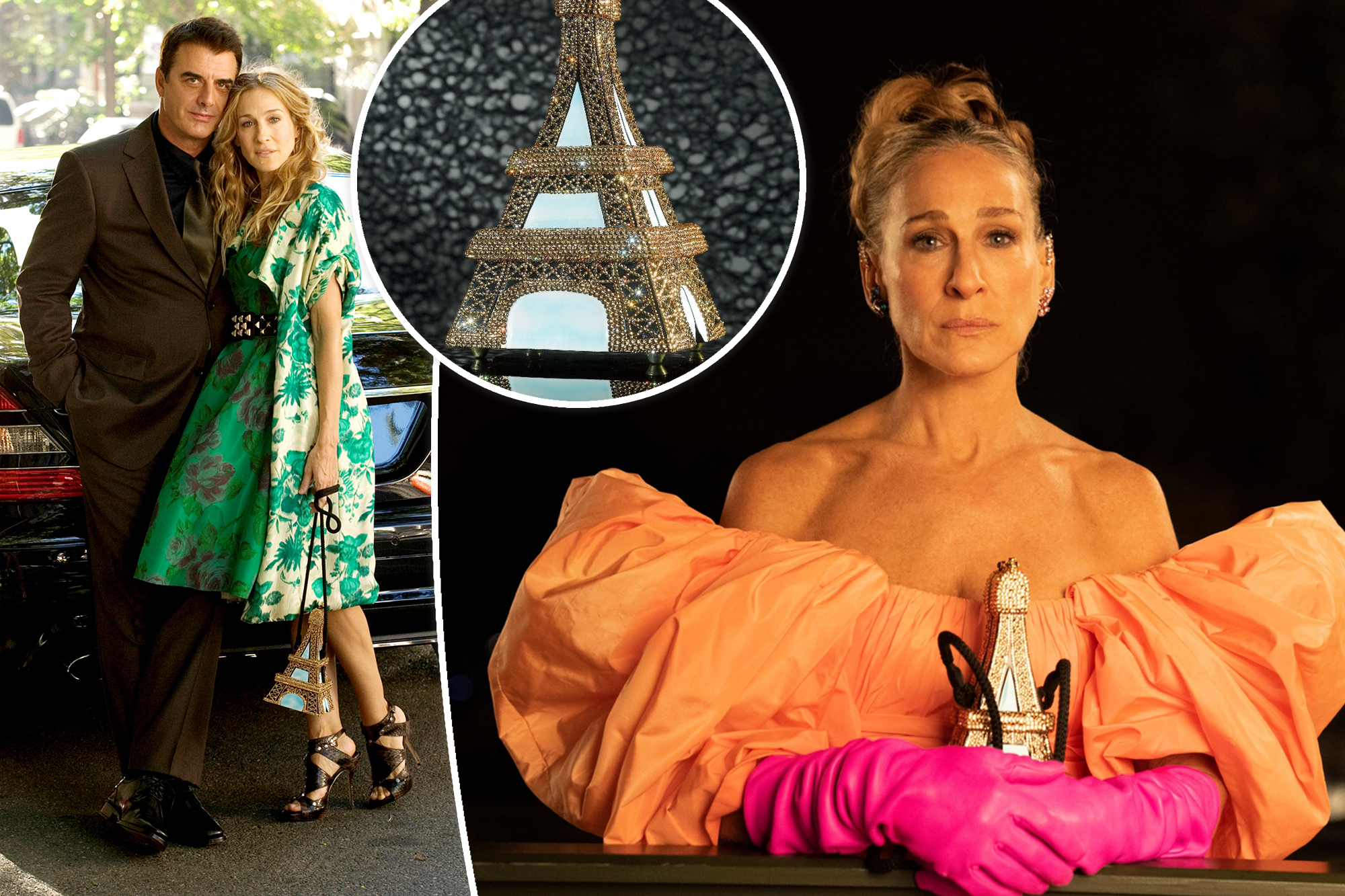 And just like that, one of Carrie Bradshaw’s most iconic accessories is back.

Thursday’s finale of the “Sex and the City” revival saw Sarah Jessica Parker’s character returning to Paris — where she and late husband Big famously rekindled their romance at the end of the HBO series — to scatter his ashes in epic style.

And eagle-eyed fans of the show might’ve recognized the very fancy purse she used to transport her spouse’s remains to the Seine, one of many fashion Easter eggs seen throughout the season.

Carrie’s Timmy Woods Eiffel Tower bag ($4,500) made its debut in the first “SATC” movie in 2008, when the fashion-forward protagonist carried it while house hunting with Big (Chris Noth) in NYC.

Crafted from hand-painted acacia wood and adorned with over 7,000 Swarovski crystals, the minaudière served as a stylish nod to the city that brought the couple back together.

In 2018, “Sex and the City” costume designer Patricia Field sold the purse seen in the film, but we’re guessing the “And Just Like That” wardrobe team didn’t have too much trouble sourcing another.

“We had a little catalog in the back of our heads [of items] fans would probably love to see again,” Molly Rogers, one of two costume designers who worked on the reboot, told The Post recently.

“It was really fun to find special [moments] to showcase those archive pieces, but we tried to use them very carefully and really give them ‘a moment.’”