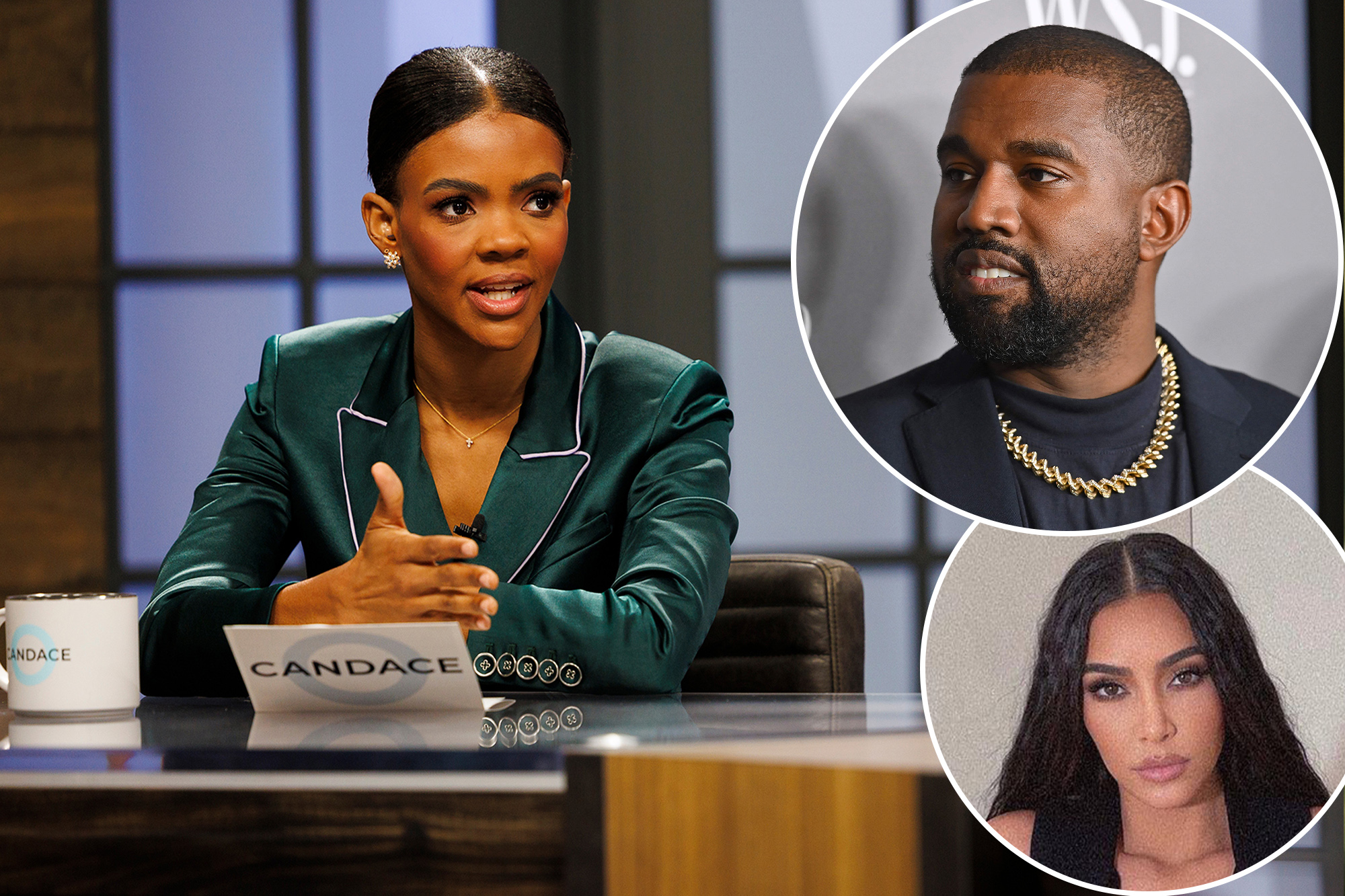 Candace Owens is backing up Kanye West in his attempt to restrict his children’s access to social media, a move ex, Kim Kardashian, deems unnecessary.

“Kim is wrong on this one,” the conservative commentator, 32, tweeted following Kim and Kanye’s public back-and-forth over daughter, North West, having access to TikTok.

West and estranged wife Kardashian are at odds over their children’s social media usage. AFP via Getty Images

“The psychological effects of social media on young girls is real and documented,” she continued. “It’s actually Kanye that is trying to protect his daughter in this regard and Kim is spinning this as ‘obsession’ and ‘control’. There are other creative outlets for kids.”

After her estranged husband told his followers that his 8-year-old daughter was going on TikTok against his will, Kardashian penned a scathing response accusing the “Donda” artist of being “obsessed” with trying to “control and manipulate” their ongoing divorce.

“Kanye’s constant need for attacking me in interviews and on social media is actually more hurtful than any TikTok North might create,” Kardashian, 41, said in the statement on Friday. “As the parent who is the main provider and caregiver for our children, I am doing my best to protect our daughter while also allowing her to express her creativity in the medium that she wishes with adult supervision — because it brings her happiness.”

In Owens’ opinion, however, “There is no 8 year old in the world that needs social media. Go color.”

West replied to Kardashian’s statement with accusations of kidnapping daughter, Chicago, and calling out KKW Beauty chief marketing officer Tracy Romulus for “manipulating Kim to be this way.”

Kardashian insists, however, that West’s behavior is the true issue.

“Divorce is difficult enough on our children and Kanye’s obsession with trying to control and manipulate our situation so negatively and publicly is only causing further pain for all,” she said in the statement.