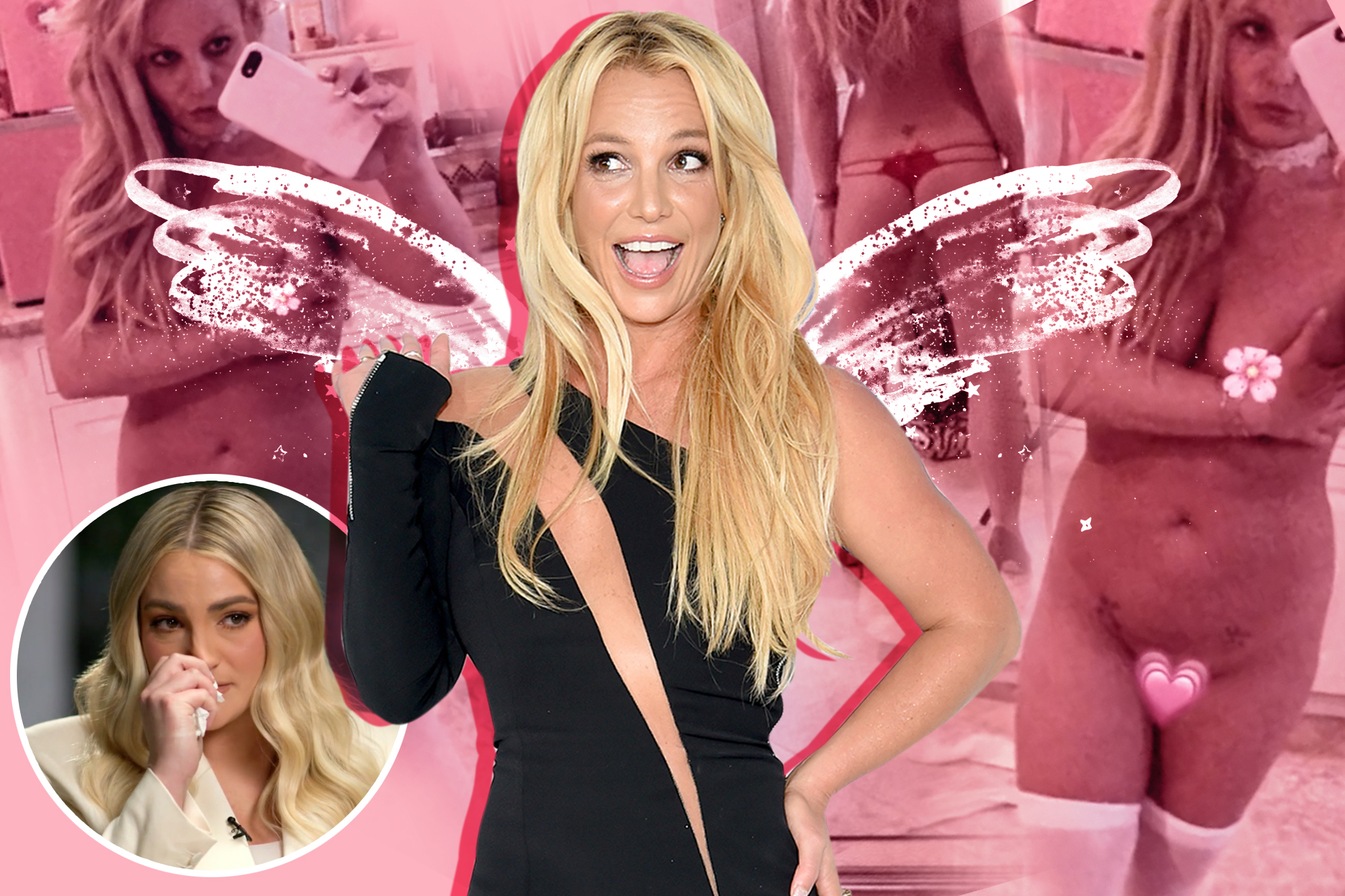 Newly liberated Britney Spears may be posing almost nude on Instagram and rising to the bait of a new family feud — but the only person in her inner circle who’s still intimating that she’s crazy seems to be her little sister.

Jamie Lynn Spears got into Britney’s crosshairs when she appeared on ABC News Wednesday to promote her new memoir, “Things I Should Have Said,” and accused her older sister of “screaming” and “cursing” at her when the family was quarantining together at the start of the pandemic.

The younger sibling also describes Britney in the book as being “erratic” and “paranoid” and “spiraling” at times.

“My family ruined my dreams 100 billion percent and try to make me look like the crazy one,” she wrote. “My family loves to pull me down and hurt me always so I am disgusted with them!”

It’s just the latest public salvo as Britney has been airing her grievances, and much more, on social media since her her conservatorship — under which, Britney has said, she was forced on birth control — was finally lifted in November after 13 years.

“I do believe there’s a shock value to it,” author Steve Dennis, who spent time with Britney’s family in Louisiana for his book, “Britney: Inside the Dream,” told The Post. “In the past … her parents would have been horrified at what she’s doing — and that’s why she is doing it. It’s almost like there’s ‘How do you like me now?’ written all over it.”

“She just turned 40 and she has not been in control of her life in over 13 years,” Britney’s aunt Leigh Ann Spears Wrather told The Post. “She’s finally being able to live a little.”

Jamie Lynn Spears has written a new memoir that includes details of her relationship with Britney.Splash News

Earlier this month, Britney posted several near-naked photos of herself, with just an emoji covering her private parts, on Instagram. She previously posted images in which she is holding her bare breasts.

In December, she wrote that “Not doing music anymore is my way of saying ‘F–k You’” to her family. A month before, she accused her mom, Lynne, of having concocted the conservatorship idea, saying, “she secretly ruined my life.”

She’s also lashed out at fellow pop star Christina Aguilera — declined to discuss Britney’s conservatorship in a red-carpet interview — saying: “Refusing to speak when you know the truth, is equivalent to a lie.”

” I don’t think she’s unhinged or crazy,” said Wrather, who’s stayed in touch with Britney. “She’s not doing anything wrong. She’s in a good place.”

Dennis said that Britney’s current behavior is par for the course for her — in a good way.

“This is woman who is feeling liberated really for the first time in her life,” Dennis said. “I think we’re seeing a woman saying ‘f–k you’ to every aspect of the control that ruled her life and every person who has been part of that control. Britney has always been a rebel. I think she is definitely feeling free.”

And some around her say she’s exposing the true villains in her life.

Sources say posts like these are simply Britney Spears exploring her new freedom.Instagram

“Jamie Lynn and Jamie Spears are the absolute worst,” a former boyfriend of Britney’s told The Post Friday. “Jamie Spears controlled the money and Jamie Lynn blew through a lot of hers, so they both always pro the conservatorship. Jamie Lynn is just saying all this crap to sell her book and make money.”

It’s been estimated that Britney and Jamie Lynn’s father, Jamie, made some $6 million while acting as his older daughter’s conservator for 13 years. The conservatorship came about after the singer was put into a psychiatric hold following a public meltdown — shaving her head, attacking paparazzi with an umbrella — and having locked herself in a bathroom with one of her sons.

Los Angeles-based attorney Adam Streisand was hired by Britney in 2008 but not allowed to be her lawyer after a doctor declared she was not competent enough to choose her own. The court appointed Sam Ingham instead.

For a while, Jamie Lynn Spears tried to follow in her sister’s musical footsteps.Anaid R.

Streisand said he is still incredulous at what Britney went through.

“It’s a damn outrage that she was in a conservatorship for 13 years,” Streisand said. “The outrageous part was she had nobody who was advocating for her. The moment it started to get out to the press what was really going on, then Sam Ingham thought he better get out of Dodge. Then Jamie was like, ‘She doesn’t need a conservatorship anymore,’ and the judge said OK.”

Ingham did not return a call for comment. The Post also reached out to Britney’s lawyer Mathew Rosengart, who did not respond.

A hearing had been scheduled for Jan. 19, to finalize the transfer of assets and formally dissolve the conservatorship, has been postponed. But LA lawyer Mike Mandell said those who wonder if Britney’s recent antics could result in another conservatorship are dreaming.

“I don’t see any conservatorship again for her,” Mandell said. “That would be insane … If she ever was in any type of serious trouble regarding her mental health, they’d be looking at different ways to handle the situation. Maybe she’ll have a financial advisor to put assets in a trust. But for now it looks to me … that she’s just a young woman enjoying her freedom.”

Streisand said he’s still reeling after watching what went down after he first met Britney in 2008. He said she did not appear seriously mentally ill back then and he certainly doesn’t think she is now.

“The fact that somebody is eccentric or sometimes makes bad decisions doesn’t mean they can’t manage their own life,” Streisand told The Post. “If bad decisions were the standard we’d all be under conservatorships. If we all had to sit down in front of a panel to prove you should be allowed to have a child, how many people would pass that test?”

Said Watson of his in-laws: “There needs to be some positivity.”

Porsha Williams Honors Rev. Dr. Martin Luther King Jr.
‘Scream’ overtakes ‘Spider-Man’ at the box office
We use cookies on our website to give you the most relevant experience by remembering your preferences and repeat visits. By clicking “Accept All”, you consent to the use of ALL the cookies. However, you may visit "Cookie Settings" to provide a controlled consent.
Cookie SettingsAccept All
Manage consent