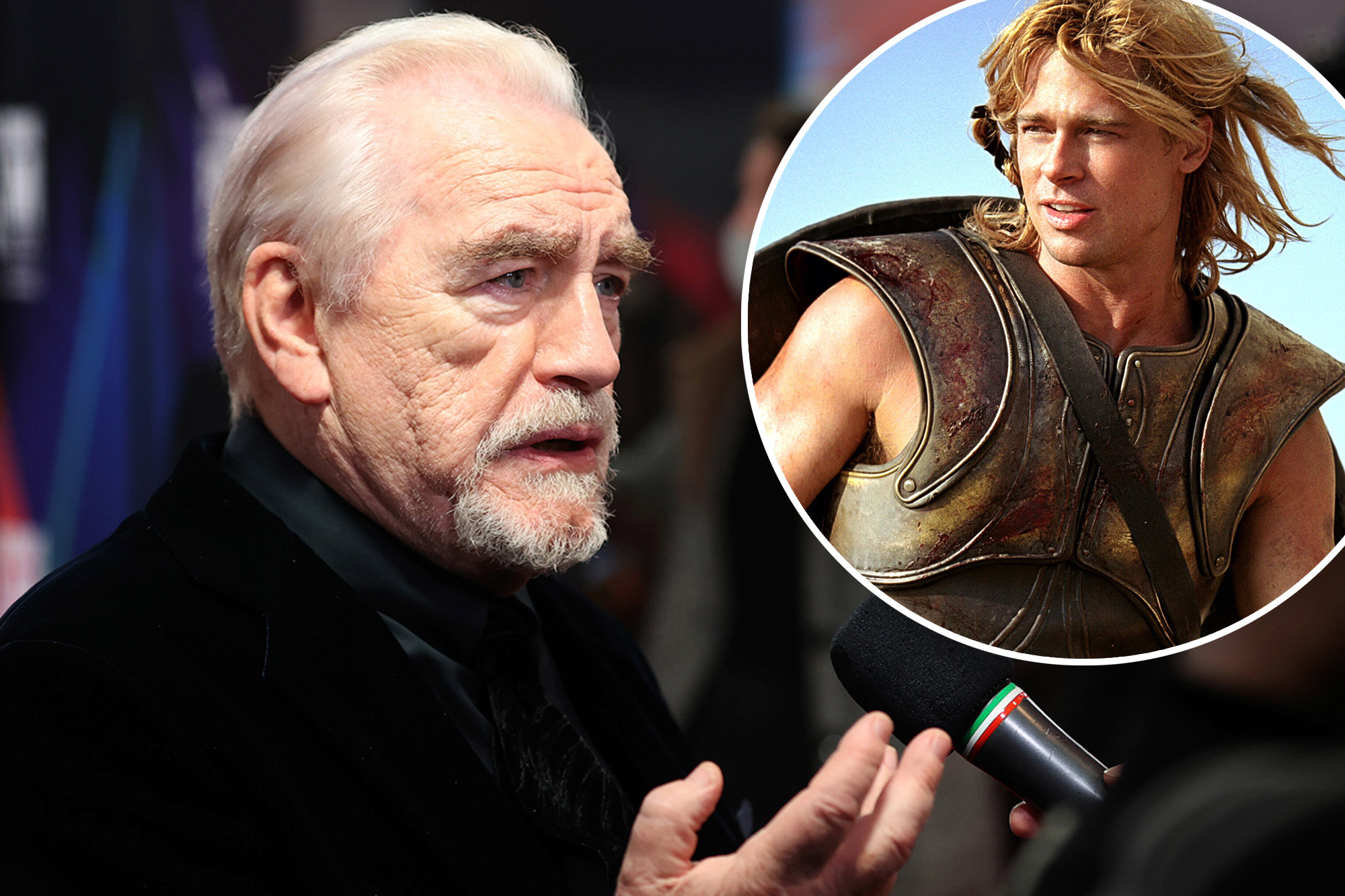 “Succession” star Brian Cox flabbergasted film fans after describing Hollywood adonis Brad Pitt as “stunningly beautiful” — despite insisting that he’s strictly heterosexual. The Emmy winner dropped the bombshell in a Vanity Fair profile, in which he discussed starring alongside Pitt, 58, in the 2004 sword-and-sandals epic “Troy.”

Cox, 75, played Agamemnon, the mythical Greek King of Pitt’s Achilles, in what he described as “the only part I’ve ever pursued” in his career, and which required the actor to fly to London to meet the cast.

Speaking on laying eyes on the “Fight Club” star for the first time, Cox swooned, “I remember at one point being agog at Brad. He’d never been in costumes like that …”

“Brad walked on set and my jaw was down because he was so stunningly beautiful,” added the smitten Laurence Olivier award winner.

“I’m straight but I thought, ‘Wow, my God! This guy is stunning,’” the “Manhunter” actor added of his bromantic feelings. “What chance does one have on the screen against this beautiful, beautiful man?”

Cox apparently doesn’t hold the same high opinion of fellow Hollywood heartthrob Johnny Depp, who he described as “overrated” in his recent memoir, “Putting the Rabbit in the Hat.”

The “Bourne Supremacy” actor isn’t the first entertainment icon to hint at having the heterosexual hots for Pitt. In a 2020 podcast interview, “Once Upon a Time in Hollywood” director Quentin Tarantino described the abdominally endowed Oscar winner as a “master” at posing without a shirt.

In fact, he called Pitt’s iconic rooftop topless scene in the film “the closest to homoerotica” he’s ever shot.

“Brad walked on set and my jaw was down because he was so stunningly beautiful,” described Cox.Warner Bros