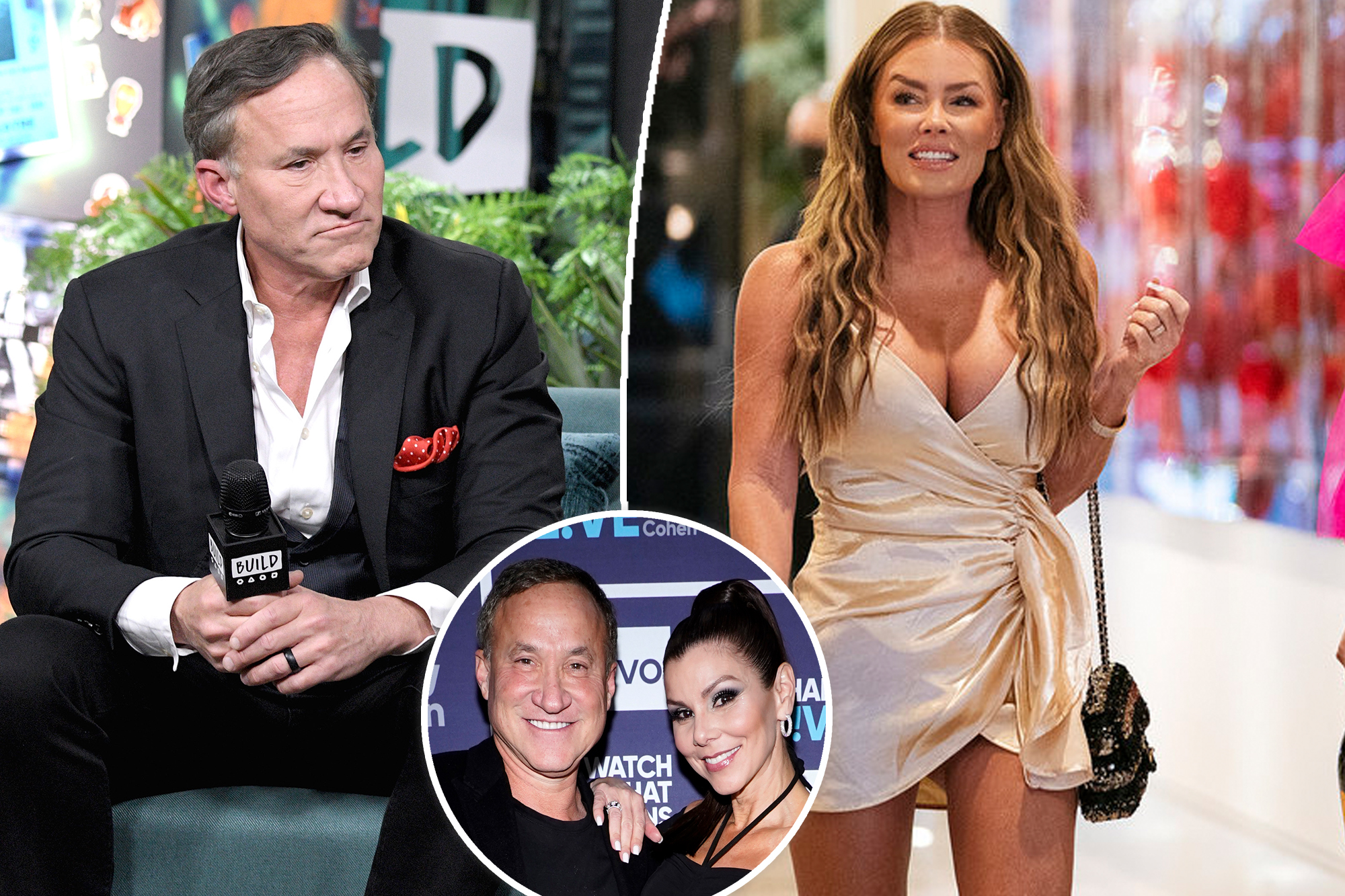 In an exclusive interview with Page Six, the star of E!’s “Botched” said that he never anticipated confronting a decades-old lawsuit when he and wife Heather Dubrow returned to Bravo’s “The Real Housewives of Orange County” after a five-year hiatus.

“I was blindsided with it,” the famed plastic surgeon, 63, told us of the fracas that kicked off Season 16 in December.

“To be honest with you, my initial reaction was I felt bad — because that meant that there was a problem,” Terry said of the scene that took place during a Nobu-catered party at the Dubrows’ palatial Newport Beach home.

Dr. Terry Dubrow exclusively told Page Six that he was caught off guard by Nicole James’ lawsuit drama on “The Real Housewives of Orange County.”Getty Images

“And so if I’m your doctor and there’s a problem, I feel bad about it,” he continued. “Obviously, we worked through it and it was no big deal. Heather and Nicole are friends and she’s a wonderful girl.”

In the episode, a remorseful James told Terry that she doesn’t think he “did anything wrong.” She acknowledged that she was in her 20s at the time of the lawsuit and claimed that she was “pushed by attorneys” to file it. James — who previously went by the name Nicole Weise — later dropped it.

“It happened 20 years ago and it was one of these things that came and went and it really wasn’t a big deal,” said the doctor, explaining why it was easy to find resolution with James.

“At first, it was like, ‘Wait, who was, huh?’ She was a different name back then. I don’t remember much of it. I had to even ask her, ‘What happened?’”

What Terry remembers well, however, is filming an all new season of “Botched,” which premiered last week.

“This season is very different,” he said of the show’s latest installment, which has already seen Terry and co-star Dr. Paul Nassif reconstruct an entire mouth and rid a patient of her “ball sack” foot growth.

Dubrow, who stars on “Botched” alongside Dr. Paul Nassif, said that the new season is “very different” than any other. E! Entertainment

“Just when I thought it was going to be another season of impossible-to-fix plastic surgery done for cosmetic reasons, we now get into a new world of plastic surgery gone wrong for congenital deformities, for cancer reconstruction,” Terry said. “This is a really heavy, high-stakes, intense [season].”

“Botched” Season 7B will see Terry continue his work with the transgender community, helping individuals embrace their identities after physical and emotional trauma.

“I’ve learned that it’s an exceptionally difficult journey,” said the doctor, who has children who identify as LGBTQIA+. “Fortunately, society is beginning to evolve and understand and appreciate that it’s as natural as being gay, it’s as natural as having blue eyes or being 6-foot-5 or not.”

He added, “It’s slowly becoming more accepted and more understood and appreciated. But it’s not easy. It’s not easy even when you are accepted, so I think it requires a lot of support.”

Making a difference in his patients’ lives is still “unbelievably fulfilling,” Terry said.

“For these ‘Botched’ patients, in many ways, this transformation represents one of the most significant things in their life,” he said. “To be able to deliver them from, ‘I’m deformed, I’m unable to do this, I can’t be in public’ to suddenly, ‘I’m normal again’ — that is so satisfying and makes it worth putting yourself at risk.”