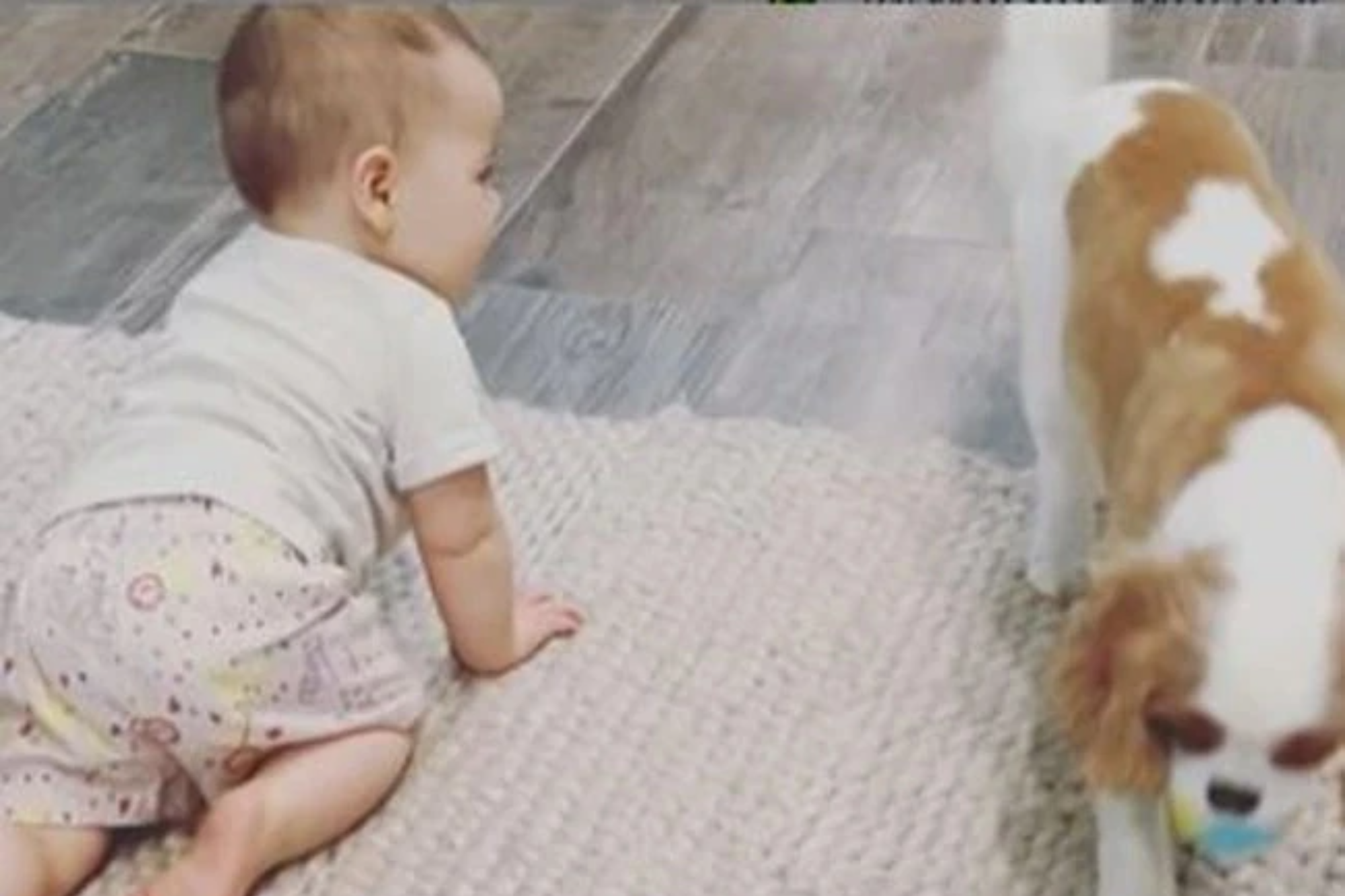 Bindi Irwin has left her Instagram followers in awe after the new mum shared an adorable video of her little girl over the weekend.

In the clip, Grace can be seen playing with a tennis ball before “learning how to share” it with the family’s pet dog, Piggy.

The toddler then beams with pride as she crawls around the carpet during their downtime.

The video received more than 63,000 likes on Instagram. Instagram/bindisueirwin

“Learning how to share the ball. Sweethearts,” the proud mom captioned the sweet video.

It has since been ‘liked’ more than 63,000 times with fans leaving hundreds of comments on the “precious” toddler.

“She is just beautiful. Sending love and hugs from Victoria, British, Columbia, Canada,” one woman wrote.

“Aww so precious,” said another, while a third added: “Literally so adorable”.

Bindi Irwin gave birth to her daughter Grace Warrior on her first wedding anniversary with her husband Chandler Powell. Instagram/bindisueirwin

It comes as the 24-year-old recently opened up about her anxieties since becoming a mother.

“Motherhood has been the greatest adventure of my life,” Bindi said in the season premiere of her reality show Crikey! It’s a Baby, according to TV Week magazine.

“I’ve never worried so much in my life because I want her to be absolutely healthy and happy a hundred percent of the time.

Bindi Irwin says being a mother has made her more nervous and also happier than she’s ever been. Picture: Instagram/bindisueirwin

“But I’m also happier than ever, just being with my family and enjoying time together.”

Bindi and her husband Chandler Powell, 25, tied the knot in March 2020 and welcomed their daughter Grace the following year on the couple’s first wedding anniversary.

Bindi’s mother Terri, who now runs the Australia Zoo after her husband Steve “The Crocodile Hunter” Irwin’s death, told Entertainment Tonight: “[Grace] has got that determination that Steve had and that connection with wildlife … Because it is weird to see animals just gravitate to her.”

Queen Elizabeth backs Camilla as ‘Queen Consort’
Spotify has removed over 100 episodes of Joe Rogan’s podcast
We use cookies on our website to give you the most relevant experience by remembering your preferences and repeat visits. By clicking “Accept All”, you consent to the use of ALL the cookies. However, you may visit "Cookie Settings" to provide a controlled consent.
Cookie SettingsAccept All
Manage consent