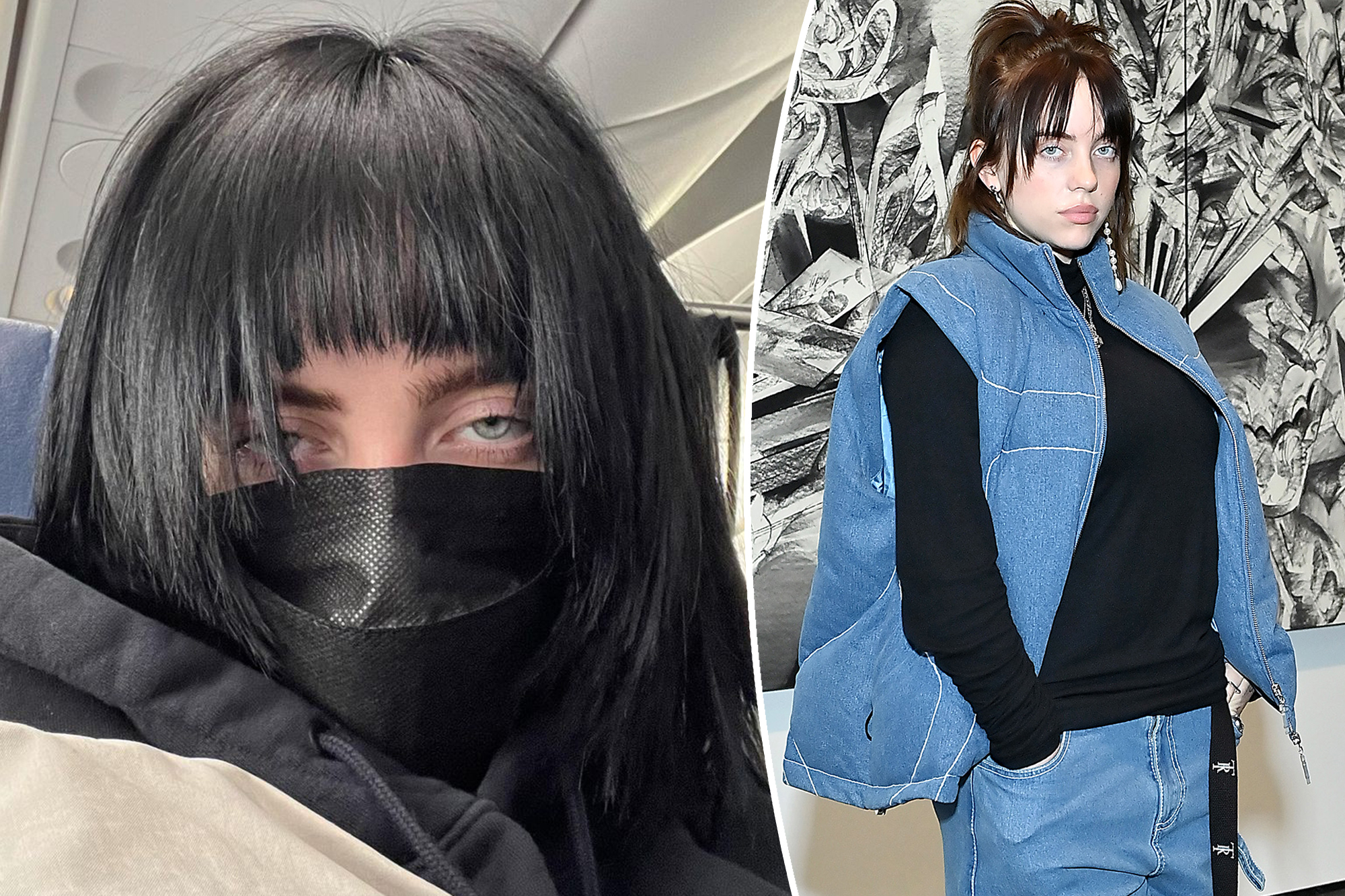 Could a new Billie Eilish era be upon us?

The 20-year-old Grammy winner certainly seemed to hint at it with her latest Instagram post on Tuesday, which unveiled her new jet-black dye job. She captioned the snap with a single black square emoji.

Eilish’s most recent hair switch-up comes just two month after she went brunette, ditching the platinum blond look synonymous with her “Happier Than Ever” album cycle.

When the superstar debuted her lighter locks on Instagram last March, the photo racked up a record-setting one million likes in just six minutes.

But dark hair’s nothing new for Eilish; prior to going platinum, she sported a striking black-and-green ‘do for well over a year. The musician’s also tried out shades ranging from blue to red in the past.

Billie Elish switched up her hair – and her style – during her “Happier Than Ever” album era.Mike Marsland/WireImage

“I couldn’t go anywhere with that hair because it was so obviously me. I wanted anonymity,” she told Elle of moving on from her neon roots in 2021.

“The other day, I posted a video from when I had green hair, and I saw people go, ‘I miss this Billie, the green-haired Billie,’” she added at the time. “I’m still the same person. I’m not just different Barbies with different heads.”

Her most iconic look — neon green roots with black hair — became so recognizable that Eilish felt it was a burden on her wherever she went.Getty Images

Martha Stewart spills her ‘thirst trap’ beauty tips
Emira D’Spain is Victoria’s Secret’s first black transgender model
We use cookies on our website to give you the most relevant experience by remembering your preferences and repeat visits. By clicking “Accept All”, you consent to the use of ALL the cookies. However, you may visit "Cookie Settings" to provide a controlled consent.
Cookie SettingsAccept All
Manage consent