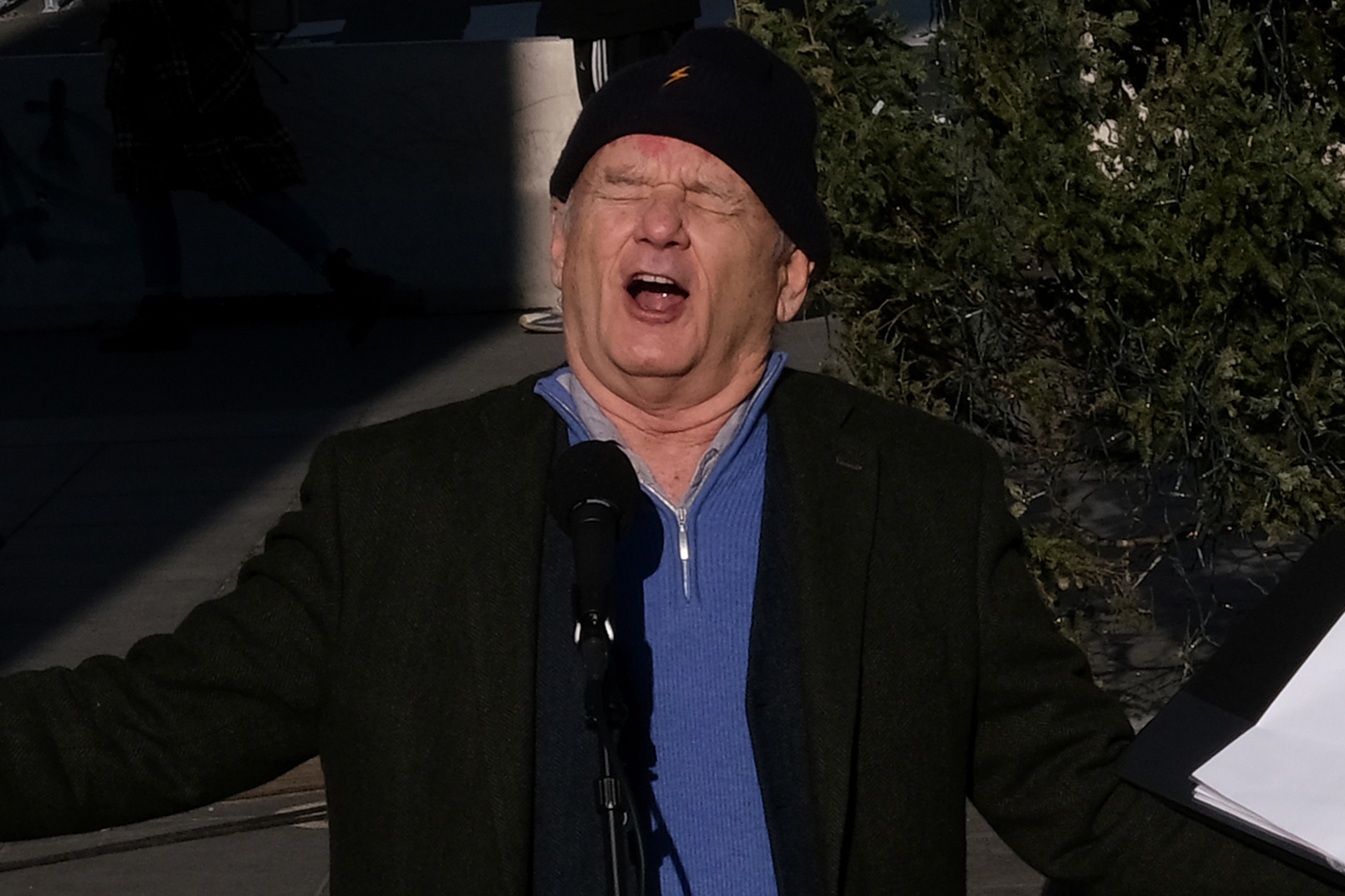 Bill Murray seems to have an itch to perform at the moment.

Now we hear he got up to do a few numbers unannounced at Bemelmans, the legendary piano bar at the Carlyle hotel.

A source tells us Murray and a band came by last Tuesday and surprised guests with an impromptu jam session.

We’re told Murray and his crew — cellist Jan Vogler, violinist Mira Wang, and pianist Vanessa Perez — played “It Ain’t Necessarily So” from Gershwins’ “Porgy and Bess,” and Van Morrison’s “When Will I Ever Learn To Live In God?”

“The cops say we have to turn off the microphones. Let’s rip this place apart!,” Murray said at the end of the performance.

Murray has a bit of a history with the Carlyle. In 2015 he filmed a Christmas cabaret movie, “A Very Murray Christmas,” there, which included duets with Miley Cyrus, Amy Poehler, Chris Rock, George Clooney and David Johansen of the New York Dolls, among others. A spy told us at the time that after the premiere, Murray led “a conga line around the hotel singing ‘Hot Hot Hot.’”

The slew of surprise sets is part of Murray’s promotion of “New Worlds: The Cradle of Civilization,” Andrew Muscato’s documentary about Murray’s performance at the Acropolis in Athens in 2018. The film premieres on Feb. 2.

The Carlyle, a favorite of socialites and Meghan Markle, has seen an influx of crowds and lines as Gen Z-ers discover an old New York classic while sipping martinis and taking selfies in front of the murals by the author of “Madeline,” Ludwig Bemelmans.

While some old-timers have been persnickety about the change in clientele, a source recently told the Post that “the generational change has been refreshing.” And that “the newcomers generally polite, they are less demanding and better tippers, they said.”

‘And Just Like That’ might get season two to ‘prove a point’
LA Lakers live it up in Miami despite loss to Heat
We use cookies on our website to give you the most relevant experience by remembering your preferences and repeat visits. By clicking “Accept All”, you consent to the use of ALL the cookies. However, you may visit "Cookie Settings" to provide a controlled consent.
Cookie SettingsAccept All
Manage consent