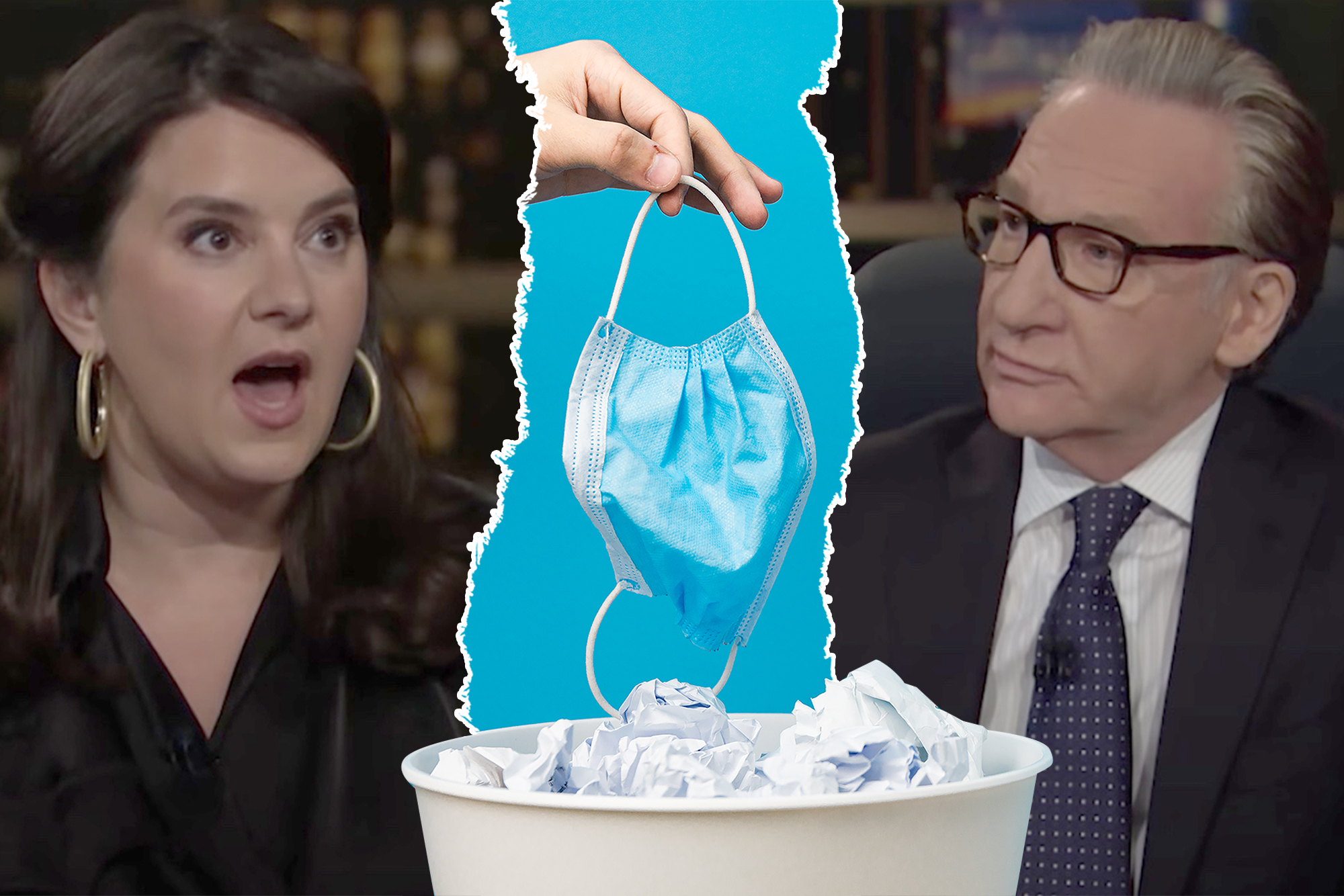 Journalist and author Bari Weiss revved up a fierce debate about our return to normalcy in a COVID-19 world.

On Friday’s episode of “Real Time With Bill Maher,” Weiss articulated what many Americans are feeling: a searing fatigue with the seemingly endless COVID restrictions that have led to an alarming mental health crisis among our youth, saying that pandemic-related rules will be “remembered by the younger generation as a catastrophic moral crime.”

“I’m done. I’m done with COVID,” she said, noting that early in the pandemic she complied with every recommendation.

“I sprayed the Pringles cans that I bought at the grocery store, stripped my clothes off because I thought COVID would be on my clothes. I watched ‘Tiger King.’ I got to the end of Spotify. We all did it,” she told Maher.

Writer Bari Weiss has sparked a debate about how to live while COVID exists after her appearance on “Real Time With Bill Maher.”
HBO/Shutterstock

And when the vaccines were introduced, she pointed out that they were also sold as an off-ramp from government-mandated safeguards.

“Then we were told … ‘You get the vaccine and you get back to normal.’ And we haven’t gotten back to normal. And it’s ridiculous at this point … If you believe the science, you will look at the data we did not have two years ago. You will find out that cloth masks do not do anything. You will realize you can show your vaccine passport at a restaurant and still be asymptomatic and be carrying Omicron. And you will realize most importantly that this is going to be remembered by the younger generation as a catastrophic moral crime.”

Bari Weiss, a former New York Times columnist, said she was “done with COVID” on Friday’s episode of “Real Time With Bill Maher.” Her comments sparked controversy and #DoneWithCovid started trending on Twitter.HBO

Weiss, who hosts podcast “Honestly,” said many of her liberal and progressive friends agree with her but keep mum because they are afraid of being labeled anti-vaccine or a Trump supporter.

But her words have inspired people to speak out on social media. #DoneWithCovid has been trending on Twitter, with many expressing solidarity with Weiss’ sentiments.

Others, like comedian Sara Schaefer, mocked the idea, tweeting: “Absolutely wonderful to see so many people declaring they are #DoneWithCovid! These people are DONE pretending to care about anyone but themselves! You go girl!”

Ari Lennox Says She Wants To Be Dropped From Labels
Idris Elba ‘part of conversation’ to be next James Bond: producer
Comment