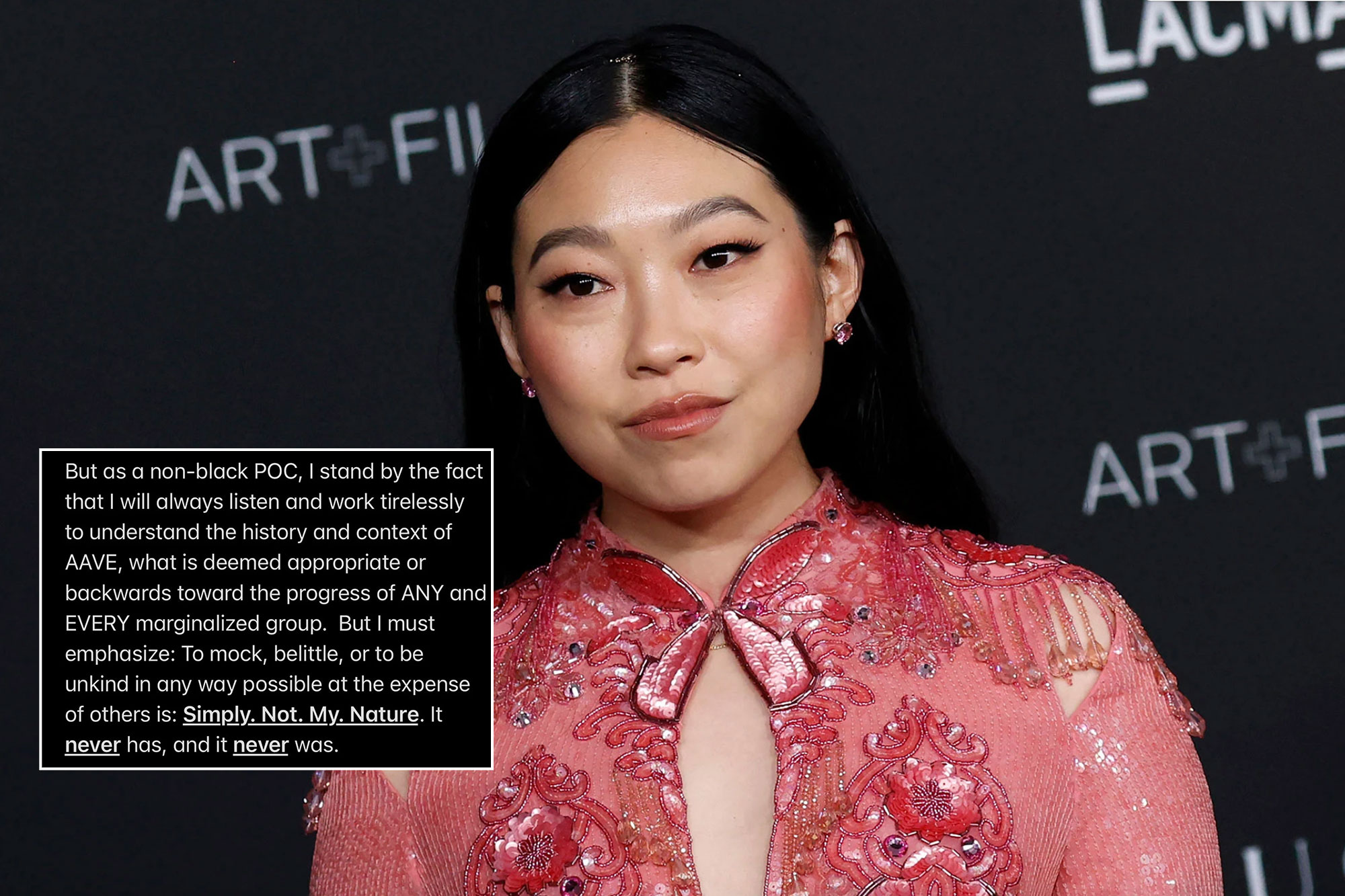 After years of being called out for using a “blaccent,” Asian-American actress Awkwafina — born Nora Lum — has addressed criticism of her usage of African-American Vernacular English (AAVE).

In a letter shared via Twitter Saturday, the 33-year-old Golden Globe-winner acknowledged the, “historical context of the African American community in this country,” writing, “And in life, linguistic acculturation, immigrant acculturation, and the inevitable passage of globalized internet slang all play a factor in the fine line between offense and pop culture.”

“But as a non-Black POC, I stand by the fact that I will always listen and work tirelessly to understand the history and context of AAVE, what is deemed appropriate or backwards toward the progress of ANY and EVERY marginalized group,” she continued. “But I must emphasize: To mock, belittle, or to be unkind in any way possible at the expense of others is: Simply. Not. My. Nature. It never has, and it never was.”

Many have called Awkwafina to the carpet over her perceived “blaccent,” with one critic tweeting, “It’s so fkn ANNOYING how Awkwafina was all like ‘I refuse to do a stereotypical Asian accent, it’s disrespectful to my people’ and continues to use a blaccent for comedic effect. Urgh. I can’t stand her.”

Awkwafina is addressing those who take issue with her use of AAVE. AFP via Getty Images

The actress and former rapper, however, believes that her speech has been heavily influenced by her surroundings, with no intentions of appropriation or exploitation.

“My immigrant background allowed me to carve an American identity off the movies and TV shows I watched, the children I went to public school with, and my undying love and respect for hip hop.”

The actress says she never intended to “mock” or “belittle” anyone with her use of AAVE. Awkwafina Twitter

She went on, “I think as a group, Asian Americans are still trying to figure out what that journey means for them – what is correct and where they don’t belong. And though I’m still learning and doing that personal work, I know for sure that I want to spend the rest of my career doing nothing but uplifting our communities. We do this first by failing, learning, acknowledging, hearing and empathizing… And I will continue, tirelessly, to do just that.”

She also announced that she’d be leaving Twitter, but plans to keep her other social media pages.

Many have called Awkwafina to the carpet over her perceived “blaccent.” Getty Images for IMDb

“I am retiring from the ingrown toenail that is Twitter,” she tweeted. “Not retiring from anything else, even if I wanted to, and I didn’t drunkenly hit someone with a shoehorn and now escaping as a fugitive. Also am avail on all other socials that don’t tell you to kill yourself!”

“Well, I’ll see you in a few years, Twitter – per my therapist,” she continued. “To my fans, thank you for continuing to love and support someone who wishes they could be a better person for you. I apologize if I ever fell short, in anything I did. You’re in my heart always.”