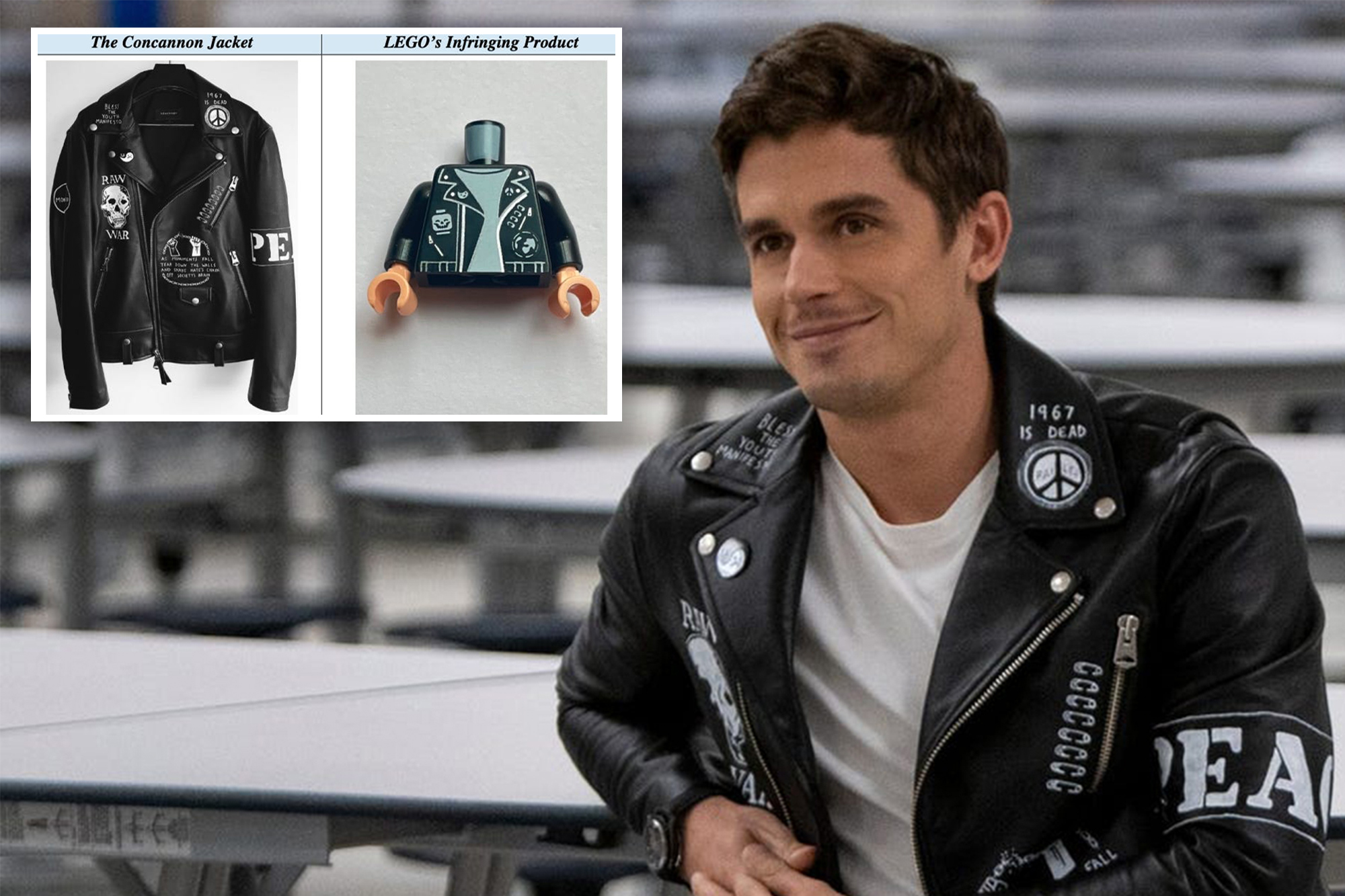 Lego’s eye for style has put them at odds with a designer who claims the toymaker copied his one-of-a-kind leather jacket designed for Queer Eye” host Antoni Porowski, according to a new lawsuit.

In a complaint filed in a Connecticut district court last month, artist James Concannon alleges that Lego “intentionally” and “painstakingly” copied a jacket that he’d created exclusively for the Fab Fiver, to be worn during filming of the Netflix series, without notice or compensation.

Rather than payment or public attribution, Lego reportedly sought to make amends by offering Conannon “a free Fab 5 Loft set – which retails for $99.99 – for [his] six-year-old son to play with, only to later revoke that offer, telling [him] that LEGO does not give away its products for free,” the suit states.

Now, Concannon is suing Lego for copyright infringement, in an ongoing case first reported by The Fashion Law blog.

The upcycled design started with a plain black leather jacket, “to which [James] Concannon added his original artwork … to reflect his signature aesthetic,” according to court documents.US District Court of Connecticut

According to court documents, Porowski has worn a number of Concannon’s pieces since 2017, for all of which Netflix sought clearance from the artist, except one piece: a leather jacket commissioned expressly by Porowski to be worn during filming of their fourth season in 2018. At the time, Concannon “figured this was simply an oversight on Netflix’s part,” the suit stated. However, since seeing his jacket on the Lego version of Antoni Porowski, Concannon claims it’s no coincidence that Lego created a jacket heavily inspired by that particular piece.

Antoni Porowski, second from left, wore the jacket during the fourth season of “Queer Eye” on Netflix. Christopher Smith / Netflix

The New York-based designer conceded that he’d failed to demand that Netflix codify a license to display the jacket “as he had in previous instances where his works were featured on the show,” but added that he’d also “certainly never agreed to allow LEGO — the largest toy company in the world, with over $5 billion in annual revenue — to commercially exploit his artwork for free,” the plaintiff wrote.

The upcycled design was “created using a plain black leather jacket that Porowski sent to Concannon, to which Concannon added his original artwork, composing and arranging each artistic element to reflect his signature aesthetic,” the complaint states. He further alleged that Lego “painstakingly copied not only the individual creative elements of the jacket, but the unique placement, coordination, and arrangement of the individual artistic elements, as well.”

Concannon, who maintains a copyright registration with the U.S. Copyright Office, issued a cease-and-desist letter that he claimed went all but ignored by Lego, whose counsel warned that “it would be an ‘uphill battle’ ” for Concannon’s attornies. Furthermore, they asserted that his “gifting” the jacket to Porowski had “ ’implied license’ to Netflix to use the jacket in any manner it pleased — including sub-licensing the work to LEGO.”

Concannon is seeking an unspecified amount in restitution for “all damages [he] suffered and for any profits or gain by [LEGO] that is attributable to” their infringement.