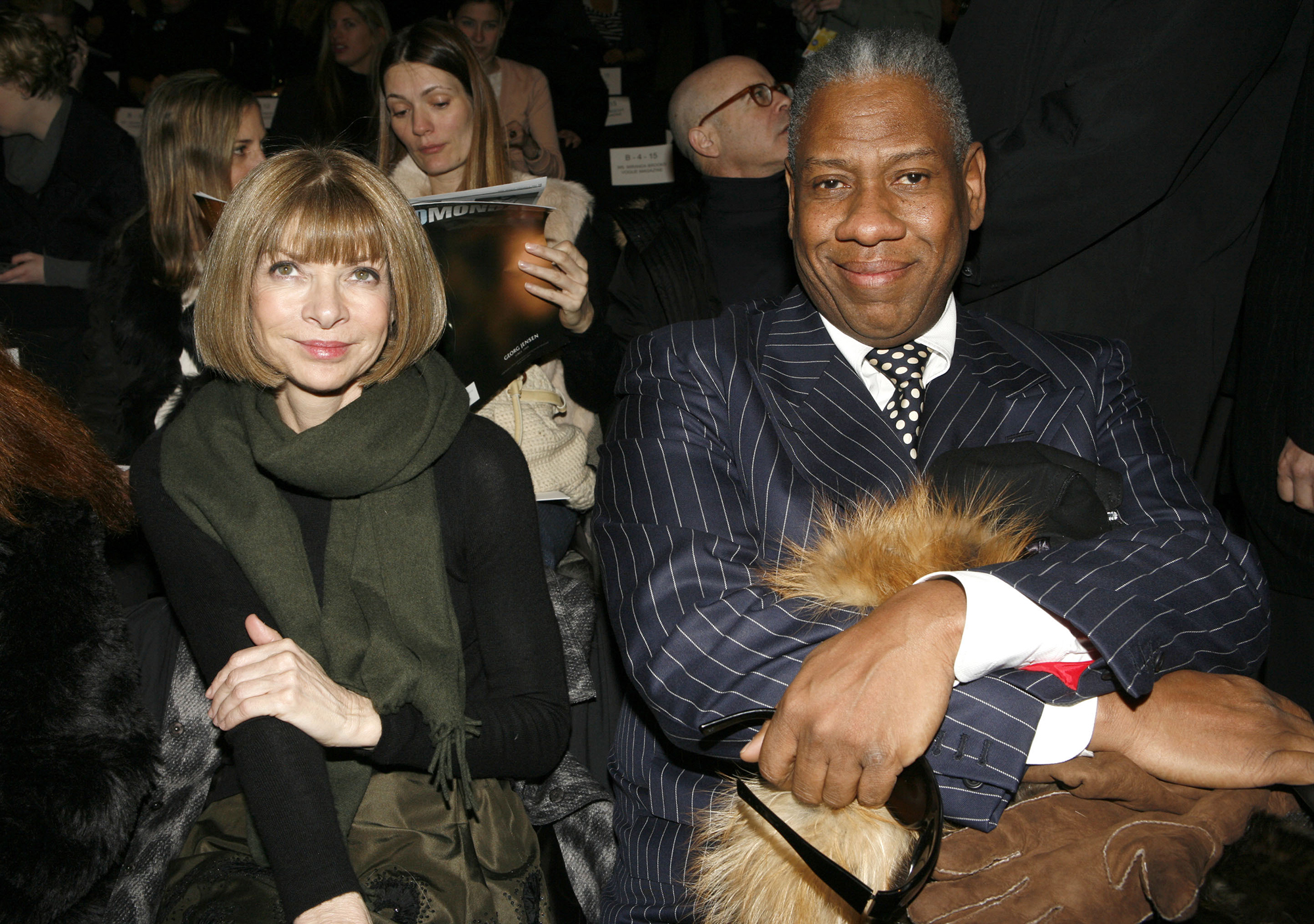 Following former Vogue editor André Leon Talley’s death on Tuesday at the age of 73, his onetime boss Anna Wintour issued a statement honoring his impact on the fashion industry at large.

“The loss of André is felt by so many of us today: the designers he enthusiastically cheered on every season, and who loved him for it; the generations he inspired to work in the industry, seeing a figure who broke boundaries while never forgetting where he started from; those who knew fashion, and Vogue, simply because of him,” the magazine’s editor-in-chief, 72, shared on Vogue’s website Wednesday.

“And, not forgetting, the colleagues over the years who were consistently buoyed along by every new discovery of André’s, which he would discuss loudly, and volubly.”

Talley joined Vogue in 1983 as the glossy’s fashion news director — the same year Wintour was named its creative director. The pair became fast friends, and when Wintour was appointed editor-in-chief in 1988, Talley became the mag’s first black creative director, a position he held until 1995. From 1998 to 2013, he served as Vogue’s editor-at-large.

“No one could make people more excited about the most seemingly insignificant fashion details than him. Even his emails were a highly anticipated event, something we all looked forward to,” Wintour continued.

“Yet it’s the loss of André as my colleague and friend that I think of now; it’s immeasurable. He was magnificent and erudite and wickedly funny — mercurial, too.”

Vogue’s EIC did acknowledge that the duo’s relationship had rough patches.

“Like many decades-long relationships, there were complicated moments, but all I want to remember today, all I care about, is the brilliant and compassionate man who was a generous and loving friend to me and to my family for many, many years, and who we will all miss so much,” she concluded.

The duo attended the premiere of Lee Daniels’ “The Butler” together in 2013.Larry Busacca

“When we talk about how your job will never love you no matter how much you give them, @vogue saying nothing about Andre Leon Talley’s passing and just tweeting as normal is a case study. Foul business,” writer Roxane Gay tweeted in the wee hours of Wednesday morning.

Added Variety TV critic Daniel D’Addario around 8:30 a.m. Wednesday, “No mention of André Leon Talley on the Vogue homepage, where the first story I saw promoted on their homepage was a two-day-old interview with Megan Fox and Machine Gun Kelly. To quote someone from when magazines were great, ‘There is a famine of beauty…’”

Wintour and Talley’s friendship had become strained in recent years. After the latter lost his longtime gig interviewing stars on the Met Gala red carpet in 2018, he criticized his former boss in his 2020 memoir, “The Chiffon Trenches,” calling her “ruthless” and “not capable” of “human kindness.”

That same year, he said the pair’s relationship was “in an iceberg,” telling Gayle King, “I hope that it will not be that forever.”