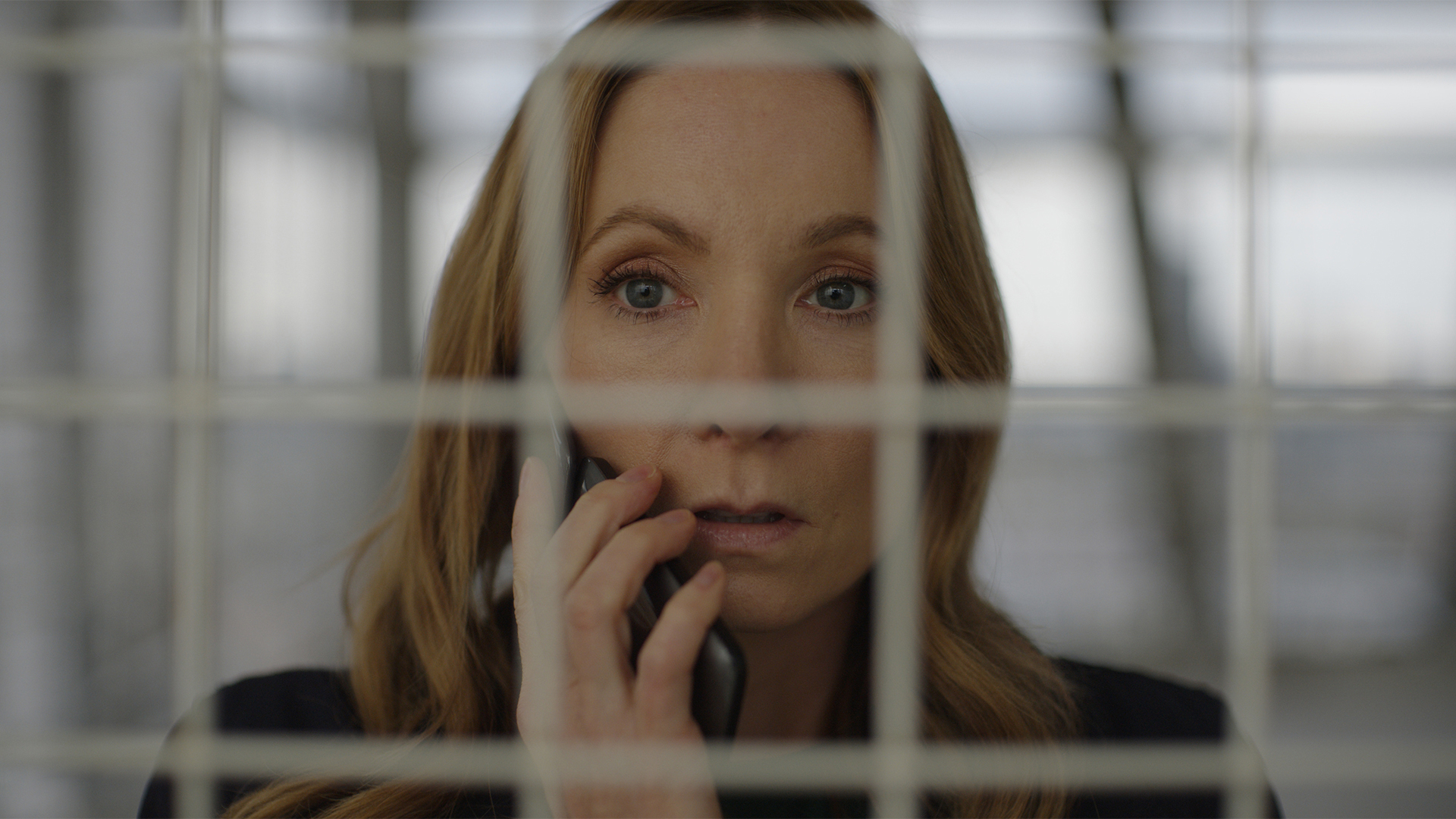 You can add “Angela Black” to the list of riveting psychological dramas wrapped in a trope-y bow with the creepy, abusive husband and his long-suffering wife who takes matters into her own hands — through a series of “didn’t see that coming” twists and turns.

Joanne Froggatt (“Downtown Abbey”) stars in the new Spectrum series as Angela Black. On the surface, has it all — a loving spouse, the French-born Olivier (Michiel Huisman), a fancy house in an exclusive neighborhood and two young boys who idolize their dad and tell mom (or mum, it’s set in England) that they love her when she drops them off for school.

Or does she? The six-part series, premiering Monday (Feb. 7), is billed as a “spellbinding thriller” for a reason. We learn, quickly, that Olivier is a jealous, narcissistic monster. He beats Angela senseless over some imagined slight after a dinner party at their house — “You wanted to embarrass me!” he yells at her (she didn’t) — knocking out one of her front teeth and leaving her face bruised and bloodied.

Angela, who works part-time at a dog shelter, hides her physical wounds with a lot of makeup and covers up the truth about beastly Olivier with a string of lies — both to herself (she took him back after he fractured her ribs four months earlier) and to anyone who asks about her black-and-blue face (she says she ran into a door). His “apology” is leaving her a bunch of cash under her pillow a la the tooth fairy. Yikes.

Michiel Huisman as creepy Olivier and Joanne Froggatt as Angela in “Angela Black.”

Following that ugly incident, Angela is having a drink outside of a bar when she’s approached by Ed Harris (Samuel Adewunmi), a private investigator (of sorts) who admits that he’s been following her on Olivier’s dime to dig up dirt for a quick divorce in which Olivier wants full custody of their sons. But there’s more to the story: Ed does not want to help Olivier — he feels badly for Angela, and he’s got his (sketchy) principles, after all — and he tells her, elliptically, about Olivier’s sordid past. “Your husband is a piece of s–t,” he says, gives her a burner phone and reveals that Olivier had a mistress from his workplace who vanished and is presumed dead. Use your imagination.

Ed (Samuel Adewunmi) takes Angela for a walk in the woods to show her something surprising in “Angela Black.”

That’s the basic setup for “Angela Black,” but there’s much more, of course, as the series unfolds. Ed steers Angela toward more incriminating evidence vis-a-vis Olivier, the boys’ white rabbit is mauled by a fox (or is it?) … and it gets ugly. Really ugly.

The series has an excellent creative pedigree; it’s written by Emmy-winning producers and screenwriters Harry and Jack Williams (“The Missing,” “Fleabag”) and Froggatt (resolute), Huisman (chilling) and Adewunmi (regretful for past deeds) play their roles to the hilt. Heartily recommended for all and, if you’re a fan of, those Lifetime “Woman in Jeopardy” movies, consider this one a notch above that melodramatic franchise.

25 famous people born under the water sign
Cringe-worthy ‘Jewish’ recipe by Whoopi Goldberg resurfaces
We use cookies on our website to give you the most relevant experience by remembering your preferences and repeat visits. By clicking “Accept All”, you consent to the use of ALL the cookies. However, you may visit "Cookie Settings" to provide a controlled consent.
Cookie SettingsAccept All
Manage consent