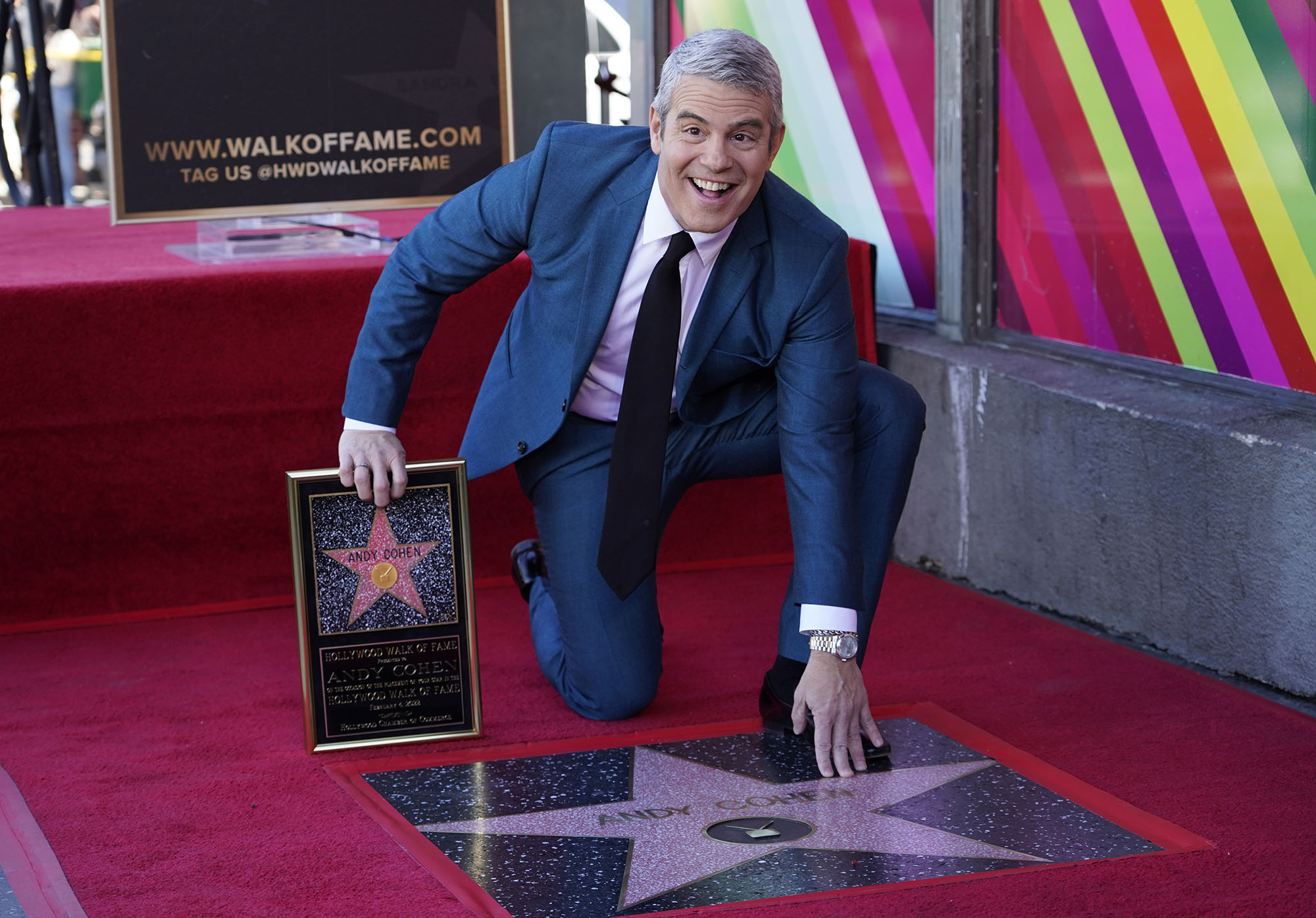 Andy Cohen received his star on the Hollywood Walk of Fame Friday in Los Angeles in front of family and friends, including John Mayer and “Housewives” Lisa Rinna and Garcelle Beauvais.

The “Real Housewives of Beverly Hills” co-stars were first to honor Cohen, 53, in a joint speech that commemorated the Bravo head honcho’s 30-plus year career in TV and entertainment.

“And we’re not just saying that because you’re our boss,” Beauvais, 55, added.

Then Rinna reprised a line she said during Cohen’s iconic baby shower for his son, Benjamin Cohen, back in 2019, and concluded, “Get up for Andy Cohen and stand up on a table for his star on the Hollywood Walk of Fame now!”

The guests and Cohen laughed and Mayer, 44, was introduced as the next speaker.

The “Your Body Is a Wonderland” singer delivered a moving speech to his “dear friend” that was filled with beautiful tributes and funny “Housewives” references.

He noted that in a scenario in which Cohen would have to act as a friend like “Real Housewives of Salt Lake City” stars Heather Gay or Lisa Barlow was to Jen Shah after her FBI arrest, “Andy is forever a Heather Gay.”

John Mayer and Andy Cohen have been close friends for years, and the singer has frequented the host’s Bravo talk show.Getty Images

Mayer said the Radio Andy host is an “icon” and ” a rule-breaker,” and added, “He’s an A-lister, who parties like a B-lister with the spirit of a C-lister.”

Then highlighting Cohen’s advocacy for the LGBTQ+ movement as an openly gay man in media, the Grammy winner noted, “Because of Andy, everyone in America has at least one gay friend.”

“[He is] softening hearts and opening minds all while giving the world these things to enjoy,” Mayer said.

Cohen loved his pal’s speech so much that he asked Mayer to keep a paper copy.

Cohen’s son Benjamin turned 3 on Friday — the same day as his Walk of Fame ceremony.Chris Pizzello/Invision/AP

During his acceptance speech, Cohen joked that since Feb. 4, 2022 was declared “Andy Cohen Day” in Los Angeles, the rules were “tequila in the water fountain” and “nobody has to work past 1 o’clock.”

He then expressed his sincere gratitude for getting to live out his dreams of working in TV, and said he felt like he “made it” even when he first started back at CBS News fresh out of college, earning just 15 grand a year.