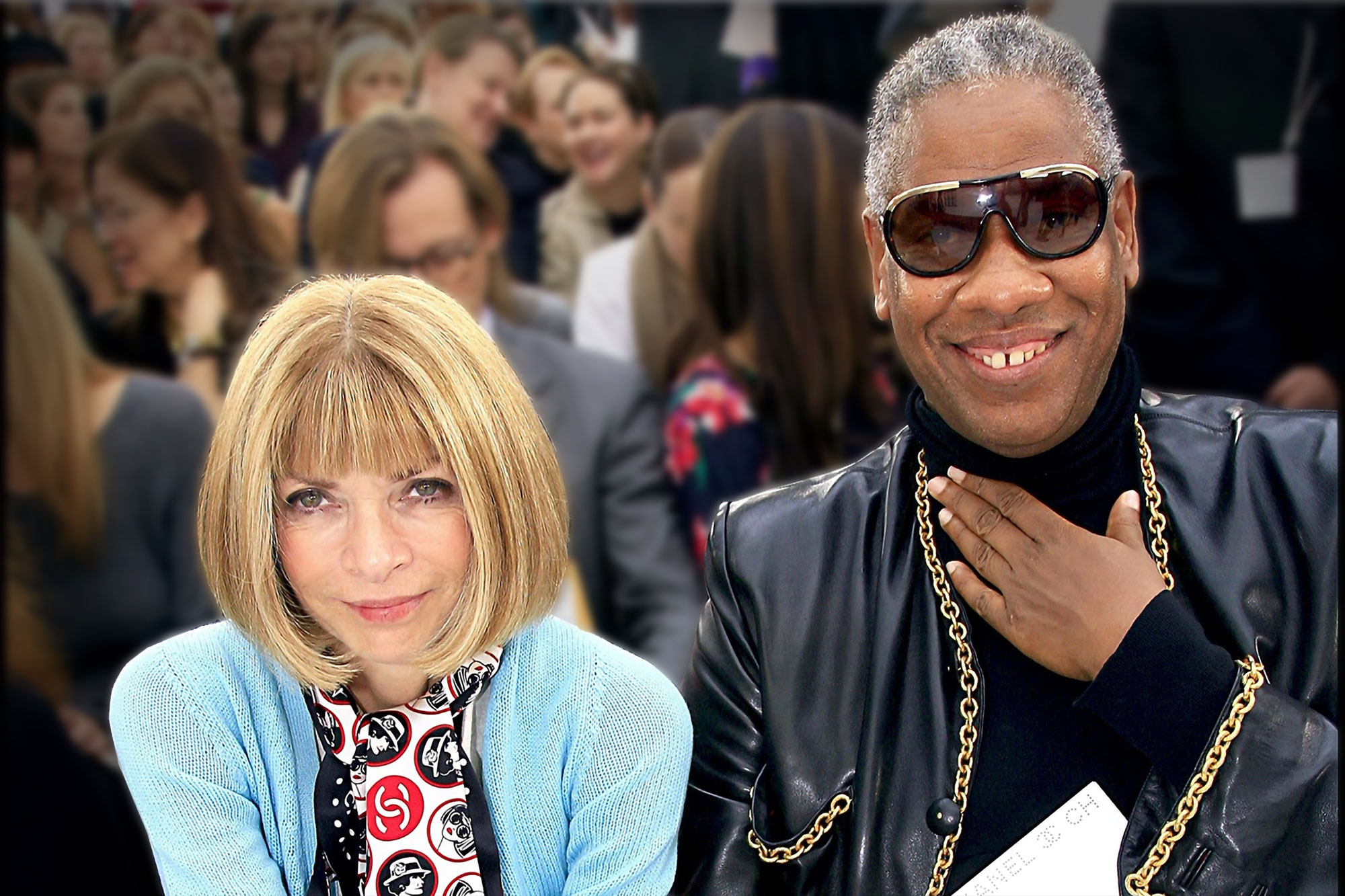 Talley, the former Vogue editor-at-large and “America’s Next Top Model” judge died at a White Plains Hospital in New York on Tuesday, a rep confirmed. The cause of death remains unknown, but Talley sources said that he was rushed to the hospital in an emergency.

“I do know they did make up, that their relationship was repaired recently — after everything that happened,” said a fashion source, adding that the two were back on speaking terms.

In his 2020 memoir, Talley had called his former boss and friend Wintour “ruthless” and incapable of “simple human kindness” after he was dismissed — reportedly without a word from the Vogue head — from his roles interviewing celebrities at the Met Gala and hosting a podcast for the magazine.

Talley also claimed he had been cast him out of the fashion bible for being “old, overweight, uncool.”

A source told Page Six at the time that Wintour was left “distraught” and extremely hurt when Talley lashed out against her in his his bestselling “The Chiffon Trenches.”

Talley had written that he dreamed of Wintour apologizing to him before he died.Getty Images

In it, he also slammed her as being “immune to anyone other than the powerful and famous people who populate the pages of Vogue” and said her treatment left him with “huge emotional and psychological scars.”

Nonetheless, Talley had written of one last wish for their broken friendship: “My hope is that she will find a way to apologize before I die, or if I linger on incapacitated before I pass, she will show up at my bedside, with an extended hand clasped into mind and say, ‘I love you. You have no idea how much you mean to me.’”

Wintour, 72, penned a tribute to Talley that was posted on Vogue’s website Wednesday, in which she lauded how much he had done for fashion, adding, “It’s the loss of André as my colleague and friend that I think of now; it’s immeasurable.

“He was magnificent and erudite and wickedly funny — mercurial, too. Like many decades-long relationships, there were complicated moments, but all I want to remember today, all I care about, is the brilliant and compassionate man who was a generous and loving friend to me and to my family for many, many years, and who we will all miss so much.”

“This is a time of deep sadness for the Vogue team, and especially for Anna,” a Condé Nast insider told Page Six: “She wanted to craft a statement that reflected the loss of someone who had been one of her closest friends and confidants for decades. She wanted to be respectful and thoughtful. She was so upset — it took her a while to write the statement.”

According to the fashion source, “This is a very hard loss for Anna … It’s insane to read some of the comments online lambasting her over André. It’s so cruel.”

Over the past year, Talley had changed his tune about Wintour. He went on to defend her against charges of racism, applauding her for making “history by making me the first African American male EVER to be named as creative director of Vogue, in 1988.”

In May 2021, he told TV host Tamron Hall that Wintour thanked him for his support, admitting the two continued to have a “complicated” and “passive-aggressive friendship,” but said he looked forward to the day she invited him to her home again.

Talley got his start in fashion with an unpaid apprenticeship to former Vogue editor-in-chief Diana Vreeland at the Metropolitan Museum of Art’s Costume Institute. He then went on to work at Andy Warhol’s Interview, Women’s Wear Daily, and the New York Times before taking the fashion news director job at Vogue in 1983.

Talley did not hold back on Wintour in his 2020 memoir, “The Chiffon Trenches.”

Wintour named him creative director of Vogue in 1988 and, aside from a three-year run when he contributed to W magazine from Paris, he continued to work at the publication until 2013.

Jana Kramer once thought Ian Schinelli had a ‘small penis’
Gaspard Ulliel, ‘Hannibal Rising’ star, dead at 37 after skiing accident
We use cookies on our website to give you the most relevant experience by remembering your preferences and repeat visits. By clicking “Accept All”, you consent to the use of ALL the cookies. However, you may visit "Cookie Settings" to provide a controlled consent.
Cookie SettingsAccept All
Manage consent