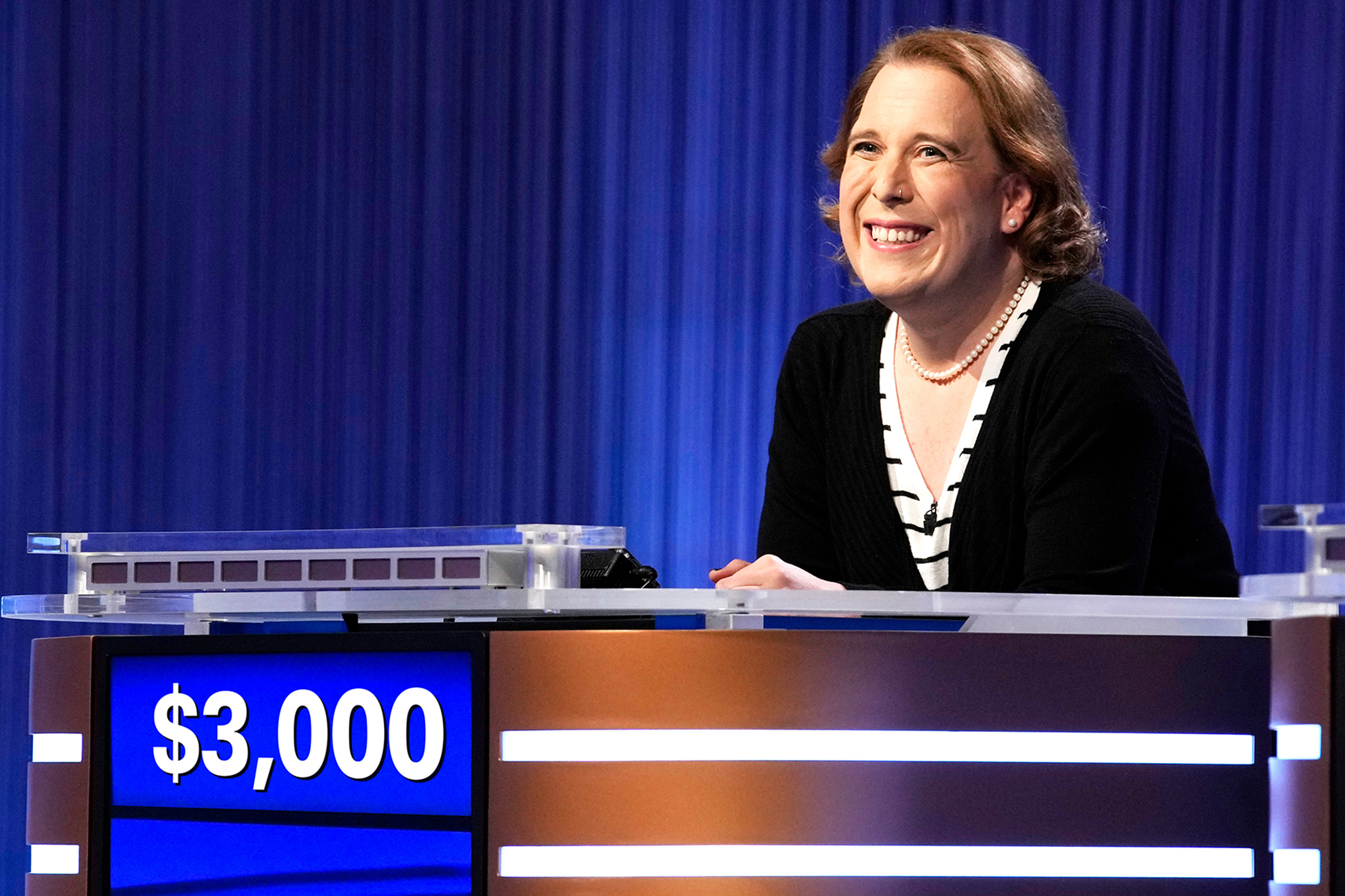 Amy Schneider is now the queen of “Jeopardy!”

Ken Jennings, who is the only contestant in the show’s history to win more games than Schneider with 74 wins, has been hosting the show during Schneider’s winning streak.

“I think that the best part for me has been being on TV, you know, as my true self, expressing myself and representing the entire community of trans people,” she told “Good Morning America.” “Just being, you know, a smart, confident woman and doing something super normal like being on ‘Jeopardy!’”

Ken Jennings, the only “Jeopardy!” champ ahead of Amy Schneider, has been the host during her winning streak. Casey Durkin/Sony Pictures Telev

Schneider, who has also said that said her classmates voted her most likely to be a “Jeopardy!” contestant when she was in eighth grade, will now face off against Matt Amodio, who is No. 3 on the all-time wins list with a 38-game record, on Tuesday.

“It still feels unreal,” said Schneider in a statement following her 39th win. “Knowing that I had this chance, I was definitely thinking about it. Then Ken said it, and I thought, ‘Alright, I just accomplished this huge thing’ and it was pretty great.”

As for what’s next? She told “GMA,” “I’m not sure, but I’m thinking about it. I’m like, you know, considering do I want to write a book? What other opportunities might be out there? I’m exploring that.”