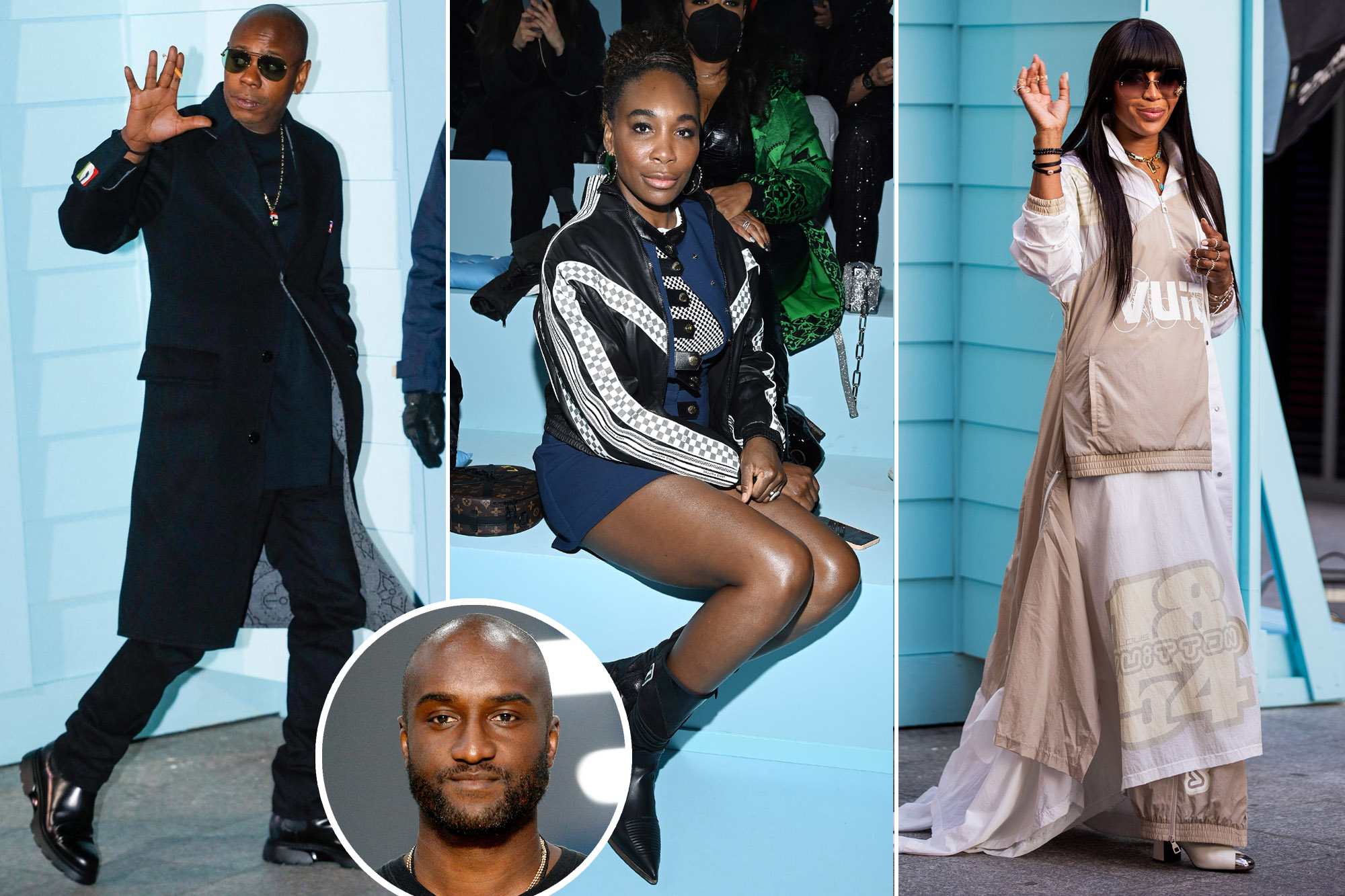 On Thursday, Louis Vuitton showed its final designs by the late Virgil Abloh, who died in November at the age of 41.

Staged in Paris, the Louis Dreamhouse set featured parts of a house scattered around the runway, with a staircase separate from a dining table, roof and chimney. There was also a clock stopped at eight — a nod to Abloh’s eighth and final collection for the French fashion house.

Music composed by Tyler, the Creator played while the rapper himself rode a red bicycle around the set.

Naomi Campbell, a close friend of Abloh’s, posed for photos with his wife, Shannon, and also hit the catwalk in a long white coat and matching suit.

Campbell posted a clip of her runway walk on Instagram, dedicating it to “angels” Abloh and André Leon Talley, the longtime Vogue editor who died earlier this week.

“Was an honor and a privilege to be apart of this beautiful show; paying tribute to Virgil.This is just the beginning of what’s to unfold of your vision & legacy,” Campbell wrote.

Tyler, the Creator was both guest and participant. The rapper composed music for the show and rode a red bicycle around the set.KCS Presse / MEGA

Abloh’s sudden death last year followed a private two-year battle with cancer, but fans can still get their hands on his fashion creations.

Earlier this week, Louis Vuitton and Nike announced a limited-edition drop of the late designer’s Air Force 1 sneakers, which will be auctioned at Sotheby’s and later released in Vuitton stores.

John Legend is launching a skincare line
‘Emily in Paris’ favorite Sylvie heats up Paris Fashion Week
We use cookies on our website to give you the most relevant experience by remembering your preferences and repeat visits. By clicking “Accept All”, you consent to the use of ALL the cookies. However, you may visit "Cookie Settings" to provide a controlled consent.
Cookie SettingsAccept All
Manage consent