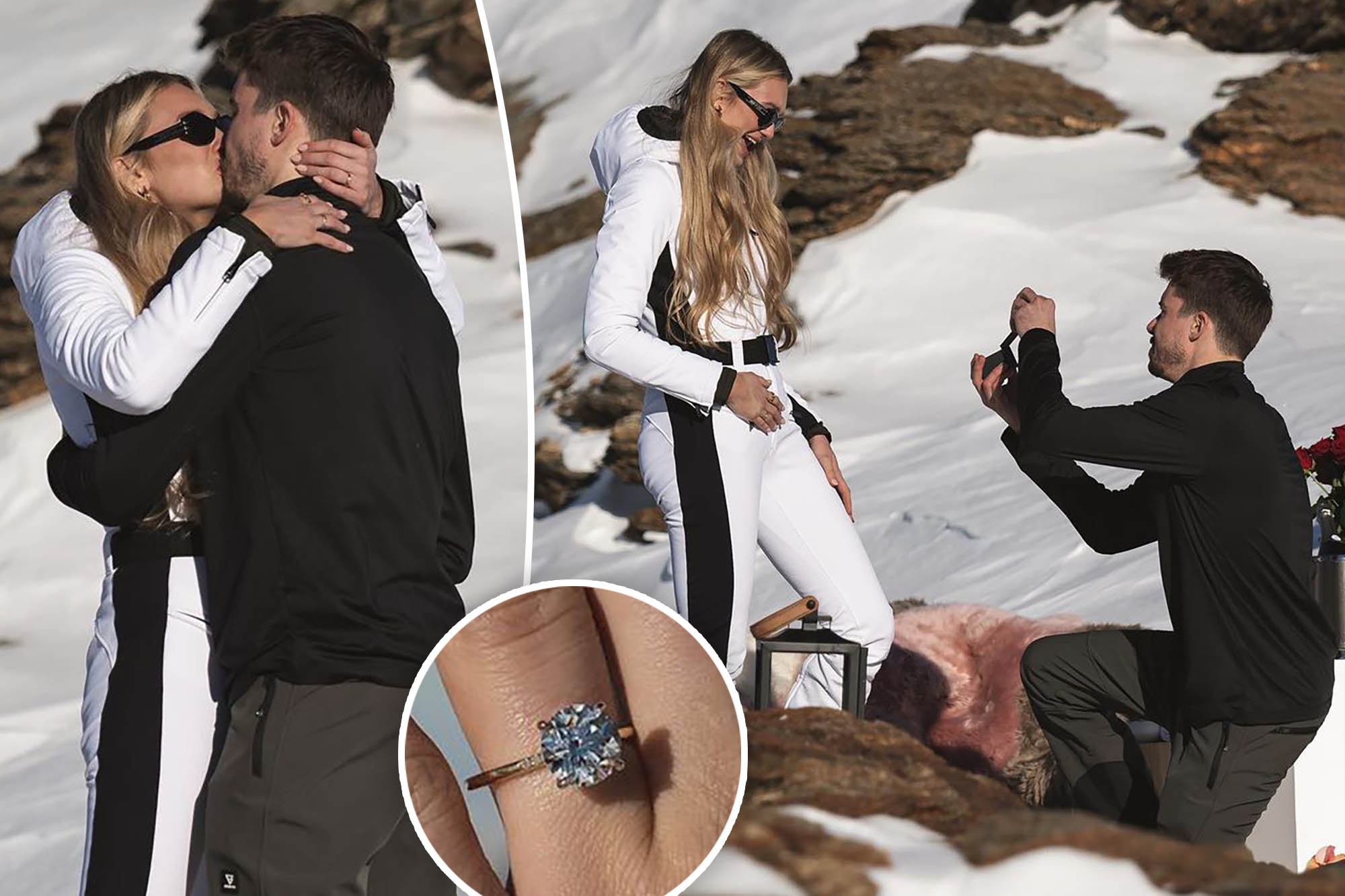 The model, 26, revealed that van Leeuwen, 31, proposed during a mountain hike while the pair were on vacation in Switzerland. They celebrated their 12-year anniversary together earlier this month, and welcomed their first child in 2020.

Van Leeuwen popped the question with a custom Ring Concierge sparkler featuring a round brilliant-cut diamond flanked by three pavé stones on either side.

“The couple had a trip planned to Switzerland to celebrate their 12th anniversary so Laurens decided that was the perfect opportunity to surprise Romee with her dream ring,” the company’s founder, Nicole Wegman, said in a statement.

The brilliant-cut center stone is flanked by three pavé diamonds on each side and is true to Strijd’s “minimalist chic” style, according to Ring Concierge founder Nicole Wegman.Instagram/ Romee Strijd

Van Leeuwen went with a round brilliant-cut gem, she continued, “because they are as timeless as it gets and are cut to maximize sparkle.” As for the pavé accents, they were intended to add “a touch of sparkle without taking focus away from the center stone.”

Strijd may have secretly wed van Leeuwen in 2018, but now she finally has her “dream” diamond.