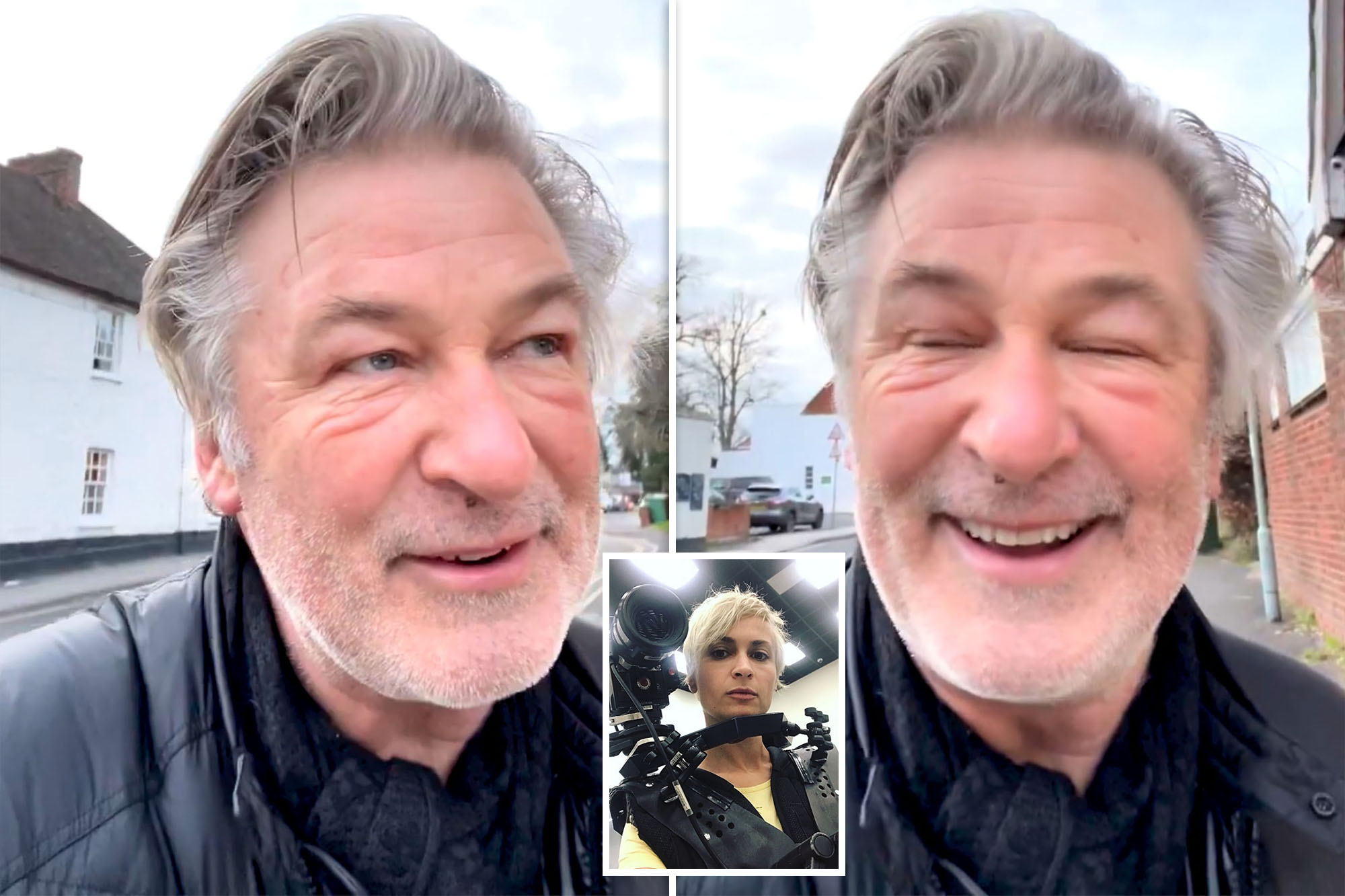 Alec Baldwin has claimed that his chauffeur’s car was stolen when he landed in the UK for his first film since his deadly on-set shooting.

The embattled actor reportedly arrived in the UK to shoot scenes for his air disaster thriller “97 Minutes,” his first project since the death of cinematographer Halyna Hutchins — but things got off on the wrong foot.

“I’m going to go ahead and record this because I think it’s funny,” Baldwin says in his Instagram video as he strolls through Hampshire, where the movie is being shot.

“I fly on a sleeper flight and I get to the airport and I get through immigration and they get my bags and I’m heading to the car that’s going to drive me to where I’m going,” he says.

Alec Baldwin claimed that his chauffeur’s car was stolen when he landed in the UK.Instagram / @alecbaldwininsta

“And the driver says, ‘I’m going to go to the car park and I’ll be back straight away,’” Baldwin continues, impersonating the man in what he admits is a “bad accent.”

“He goes and I don’t see him for like 20 minutes,” he says, adding that he then called the car company and spoke with the owner, who told him about the theft.

The driver then showed up and told him the same thing, he tells his 2.4 million followers.

The film is Alec Baldwin’s first project since the death of cinematographer Halyna Hutchins.Instagram

In another video, Baldwin muses about the “little town” as he records himself walking down Alton High Street — wondering what it’s like to live in a place like that across the pond.

“I grew up in a pretty suburban town – a pretty big town but it was very suburban – on Long Island,” he says.

Alec Baldwin has said he was not to blame for the shooting of Halyna Hutchins. Instagram / @alecbaldwininsta

“It just seems different because it’s foreign to me. People, kids, what they want. I always wanted to go into politics because I wanted to help people get rid of as many of their problems as possible,” Baldwin says, admitting that it’s a “fantasy.”

“I wanted them to live and be happy. It’s nice to get out of the US and see how things are different and the same. It never ceases to amaze me,” he adds.

Directed by Timo Vuorensola, “97 Minutes” will be about a hijacked Boeing 767 that is expected to crash in that amount of time after its fuel runs out, according to IMDb.

“Filming is top secret, but there is a lot of buzz that Alec is set to get back to work after ‘Rust,’” a movie source told The Sun, referring to the Western flick, whose cinematographer, Halyna Hutchins, the actor fatally shot on Oct. 21.

“Of course, safety on set is paramount and the crew is being kept to an absolute minimum so he can focus on his work,” the source told the outlet.

Baldwin has said he was not to blame for the shooting because there shouldn’t have been live rounds on set.

Alec Baldwin arrived in the UK to shoot scenes for his air disaster thriller “97 Minutes.”Instagram / @alecbaldwininsta

Mitchell called 911 when Baldwin fatally shot Hutchins and injured director Joel Souza.Hutchins’ family has signaled that they may file suit over her death when they asked a court to appoint a representative in her estate “solely for the purpose of investigating and pursuing a lawsuit under the New Mexico Wrongful Death Act.”