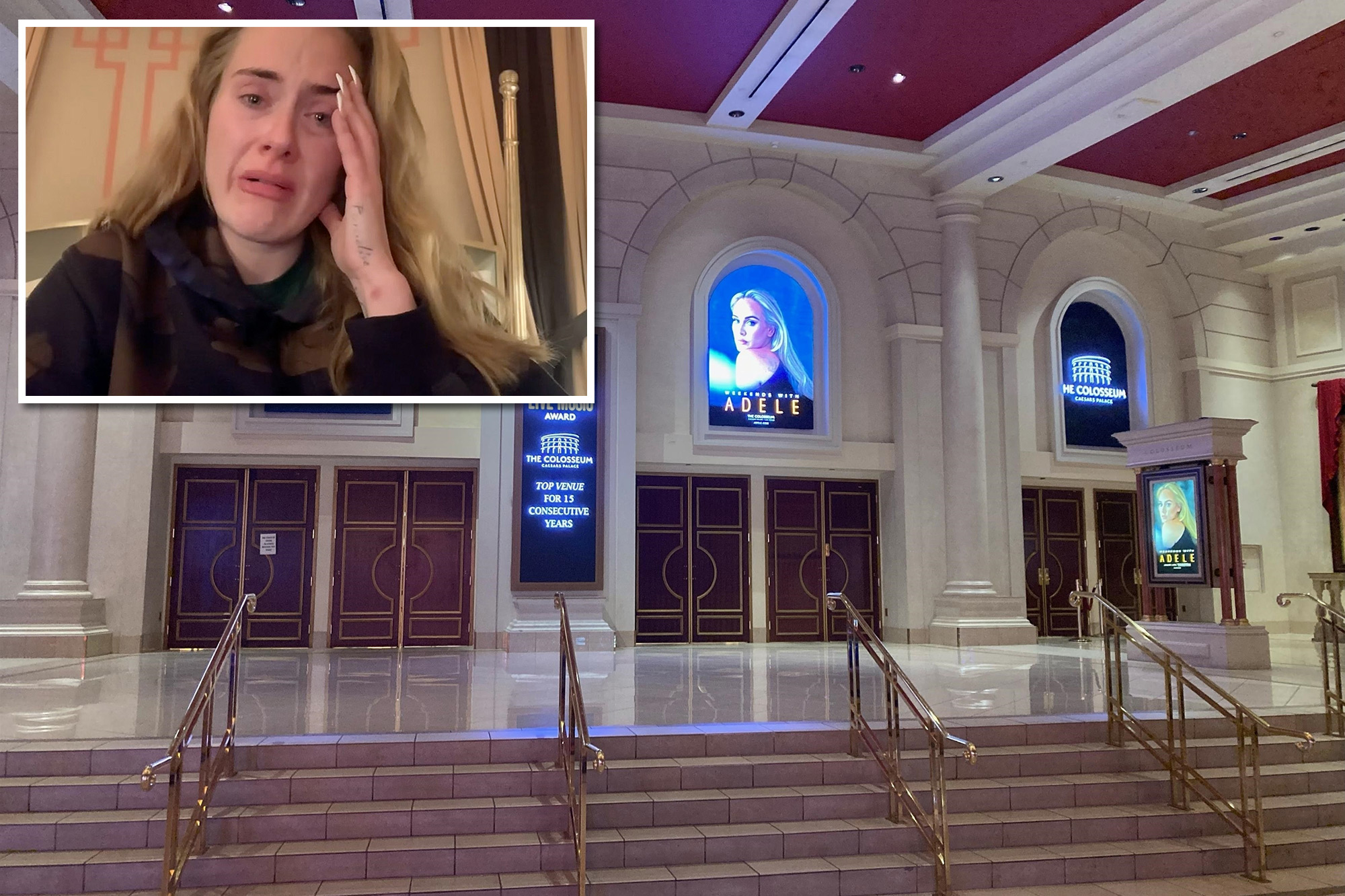 Could tension between Adele and her Las Vegas venue have led to her residency being postponed?

Sources at The Daily Mail claim that while the songstress is said to have postponed her “Weekends With Adele” residency due to “delivery delays” and her team coming down with COVID, managers and the venue, Caesars Palace, attempted to make the “perfectionist” perform “Skyfall” with a 60-member choir, when she was looking to keep the performance “low-key” and “all about the voice.”

Other insiders believe her admitted stage fright could’ve played a part in the show being postponed in the 11th hour.

The 33-year-old “Easy On Me” singer once admitted during a televised interview, “I’m scared of audiences. One show in Amsterdam, I was so nervous I escaped out the fire exit. I’ve thrown up a couple of times. Once in Brussels, I projectile vomited on someone. I just gotta bear it. But I don’t like touring. I have anxiety attacks a lot.”

“She has cancelled shows before,” one insider insisted. “She cancelled two shows in London in 2017 which she said she would reschedule and she never did.”

The Grammy-winner promised to reschedule her Vegas dates during her tear-filled apology for postponing the residency Thursday.

The singer sobbed as she broke news of postponing her residency. Instagram/@adele

“I’m so sorry, but my show ain’t ready,” she shared through sobs. “We’ve tried absolutely everything that we can to put it together in time and for it to be good enough for you, but we’ve been absolutely destroyed by delivery delays and COVID.”

“Half my crew, half my team is down with COVID — they still are — and it’s been impossible to finish the show. I can’t give you what I have right now, and I’m gutted,” she added as her voice began to crack. “I’m gutted, and I’m sorry it’s so last-minute.”