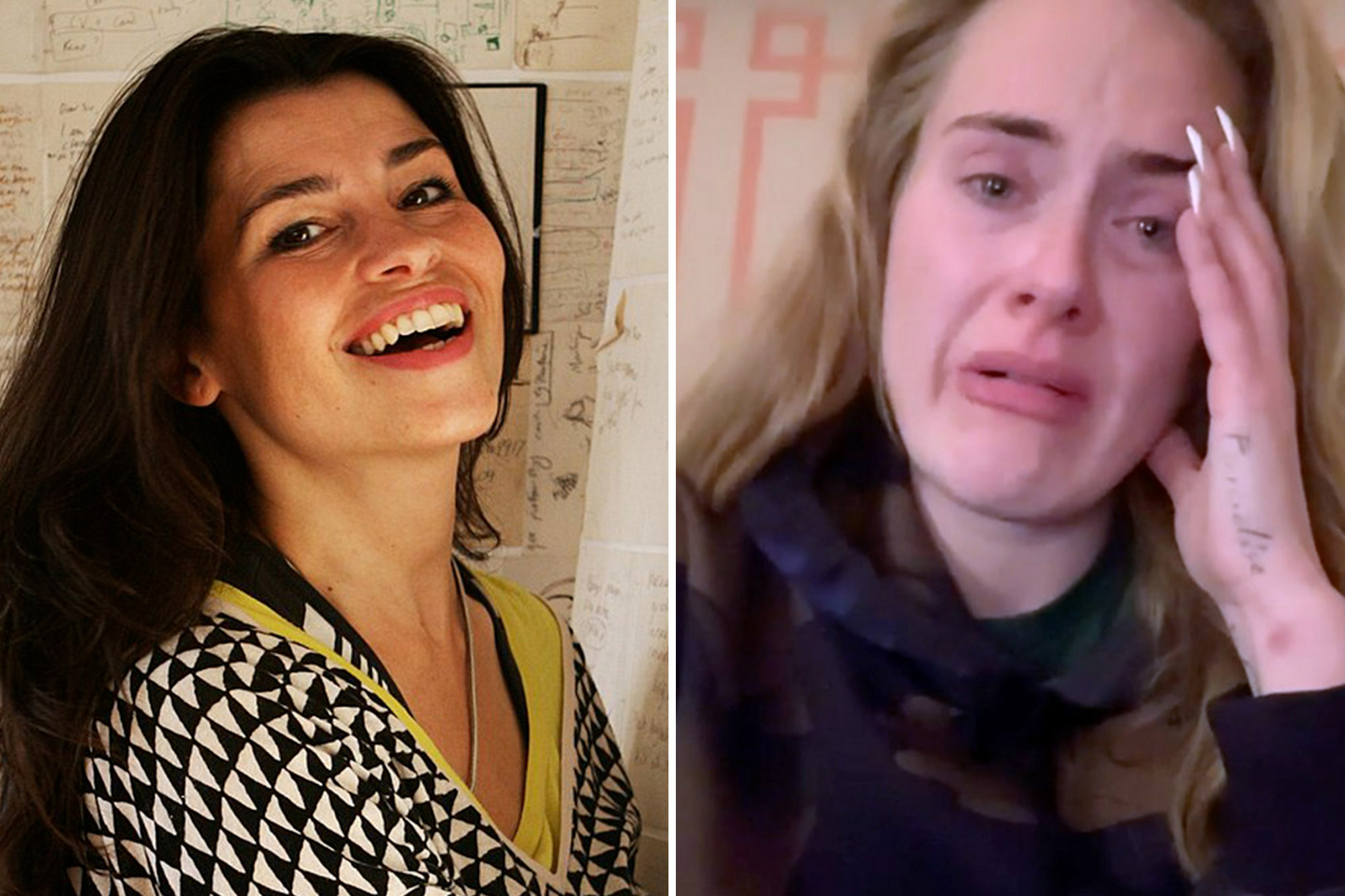 Adele’s Las Vegas residency was allegedly destined for trouble before the singer postponed the shows.

Sources close to the “Easy On Me” singer told The Sun that the residency – which was scheduled to begin Jan. 21 and run through mid-April – was “heading for disaster” amid the singer’s “explosive arguments” with A-list set designer Esmeralda Devlin.

“In spite of the set costing millions to put together, Adele was unhappy with the result, and she made her feelings very clear to Es,” an insider claimed.

“She [Adele] was already nervous and the falling out sent her spiraling into a panic because she was desperate that everything should be perfect,” the source continued, noting that Devlin also worked on Adele’s 2016 world tour.

Devlin has previously worked with A-listers like Beyoncé and Miley Cyrus.

A second insider claimed that the alleged rift between the pair came amid “endless changes” to the set list and running order.

“There was no real clarity around what Adele wanted for the show because of the endless changes being made to the production,” the source said.

“It seemed that while she has always preferred a stripped-back performance, she was under some pressure to come up with a huge extravaganza. So there was a constant ricochet between those two versions of what the show should be, and it did cause some quite explosive arguments.”

Adele offered a tearful apology to her fans after dropping the news that she was postponing her shows.Instagram/@adele

The source went on to explain that while most shows have “teething problems,” there had allegedly “been a feeling for some time that these shows were heading for disaster.”

“It is well known that Adele suffers badly with anxiety when it comes to performing live, so it’s hard to imagine her going ahead if she wasn’t happy,” the insider added.

Reps for Adele did not immediately return Page Six’s request for comment.

The residency was set to take place at Caesars Palace Hotel in Las Vegas.Getty Images

Earlier this week, Adele apologized profusely to fans for postponing her “Weekends With Adele” residency at Caesars Palace.

“Hi. Umm, listen. I’m so sorry, but my show ain’t ready,” the singer, 33, said in a clip shared to Twitter. “We’ve tried absolutely everything that we can to put it together in time and for it to be good enough for you, but we’ve been absolutely destroyed by delivery delays and COVID.”

She continued, “Half my crew, half my team is down with COVID — they still are — and it’s been impossible to finish the show. I can’t give you what I have right now, and I’m gutted. I’m gutted, and I’m sorry it’s so last-minute.”

Fans had already arrived in Vegas for the first show when Adele postponed the residency.Getty Images

The “Oh My God” artist said that she and her team have been “awake for over 30 hours now trying to figure it out.”

The residency was first announced in support of the 15-time Grammy winner’s fourth studio album, “30,” which debuted at No. 1 on the Billboard 200 in the U.S.

Sources at The Daily Mail previously claimed that “tension” built up between Adele, managers and the venue, when the “perfectionist” singer was asked to perform “Skyfall” with a 60-member choir. The outlet reported that Adele was looking to keep the performance “low-key” and “all about the voice.”

Cardi B Impresses Fans Following This Grand Gesture She Made
Garrett Hedlund arrested following Emma Roberts split
We use cookies on our website to give you the most relevant experience by remembering your preferences and repeat visits. By clicking “Accept All”, you consent to the use of ALL the cookies. However, you may visit "Cookie Settings" to provide a controlled consent.
Cookie SettingsAccept All
Manage consent