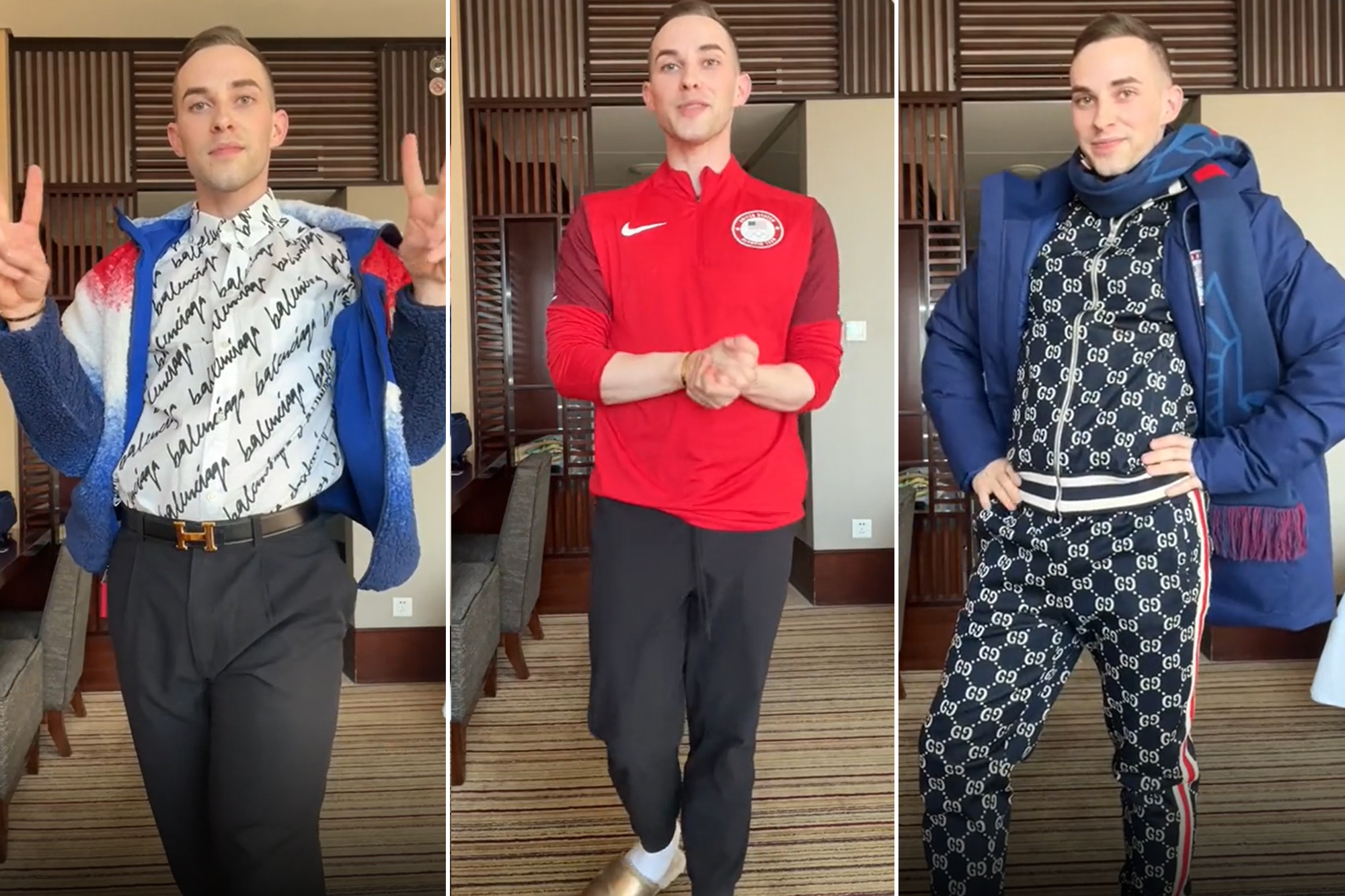 Adam Rippon may be retired from competing at the Olympics, but he’s still serving looks at the Games.

The figure skater, 32, is attending the 2022 Winter Olympics in Beijing not as an athlete, but as a coach to Mariah Bell — and he packed his luggage accordingly.

However, Rippon’s high-fashion hopes were dashed when he found out that his designer duds were off-limits; coaches are only allowed to wear garments from Nike and Ralph Lauren, the event’s official partners.

Not to be deterred, he took to TikTok to show off the high-impact outfits that could have been.

“You wanna dress up, you wanna look nice, you want to be professional,” he explained.

Adam Rippon packed looks from Gucci and Balenciaga for the 2022 Olympics in Beijing — but won’t be able to wear them due to sponsor regulations.adaripp/TikTok

First up? A red, white and blue Gucci tracksuit for a more laid-back look. Rippon then modeled a more buttoned-up outfit consisting of a Balenciaga button-down, Hermès belt, black trousers and dress shoes.

“I’m gonna follow the rules, because that’s what I do. I would never dream of breaking a rule in my damn life,” he said — adding that he will, of course, be wearing a face mask.

The dress code wasn’t the only thing bothering the ice-skating style star about this year’s Olympic Games. Rippon, who was the first openly gay athlete to win a medal at a Winter Olympics, criticized the International Olympic Committee for choosing China as a host amid the country’s treatment of Uyghurs and other minorities.

“I think the Chinese are going to put on an amazing Games and I think they are going to make sure everyone is as safe as possible but when it comes to human rights, we’re entering a Communist country,” Rippon told Reuters.

“You hope because of these human rights violations coming forth and all eyes being on China, it puts a lot of pressure on them to address this issue.”

Emma Roberts poses in pink bikini after Garrett Hedlund breakup
‘Shang-Chi’ star Simu Liu dyes his hair blond
We use cookies on our website to give you the most relevant experience by remembering your preferences and repeat visits. By clicking “Accept All”, you consent to the use of ALL the cookies. However, you may visit "Cookie Settings" to provide a controlled consent.
Cookie SettingsAccept All
Manage consent