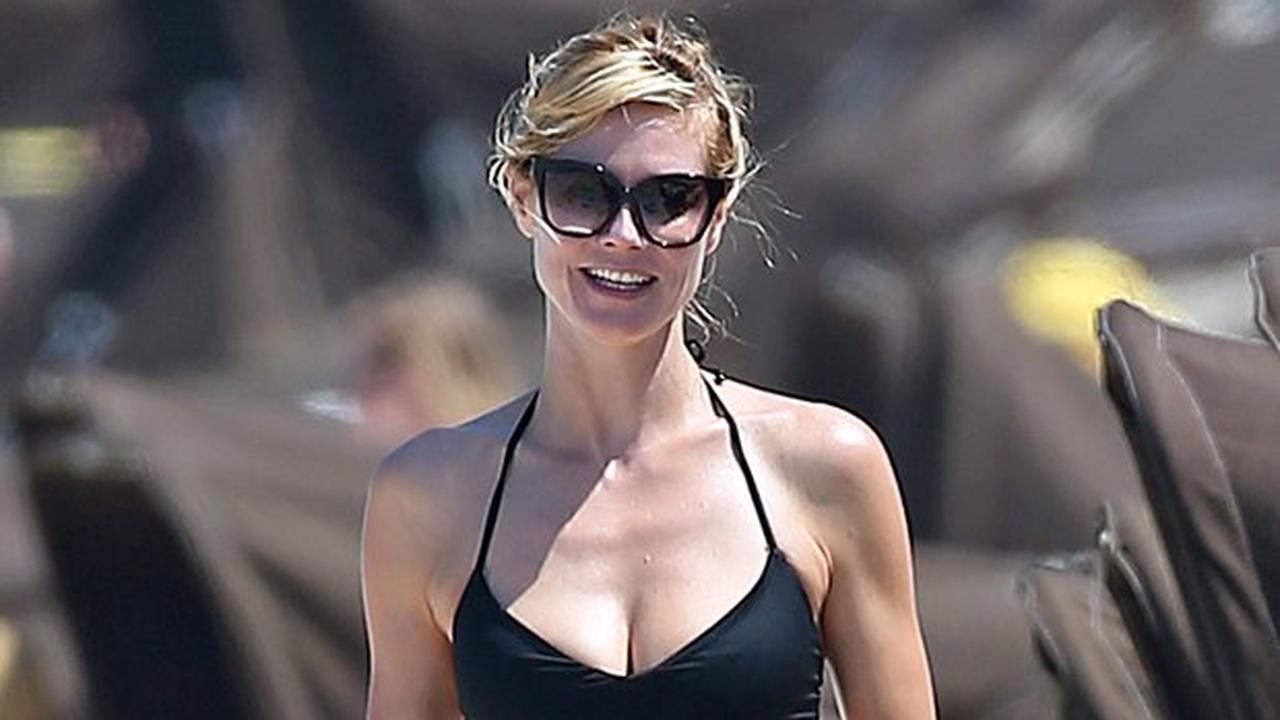 48-Year-old Heidi Klum walked around the city in a completely transparent suit. Every time watch the new releases of Heidi Klum, it is impossible not to pay attention to the fact that her figure looks just great. And the German supermodel is well aware of this – she uses a variety of ways to emphasize her dignity. And new posts on her social networks of the star prove that she is not afraid of frank and daring images. So, the other day Heidi visited Las Vegas in an outfit that not everyone would dare to wear. The fashion model chose a completely transparent set from the Belgian designer Walter Van Beirendonck. Strategically important places were covered by a black bikini, which could be easily seen under the suit.

The image was complemented by high black stiletto boots, as well as a handbag and a baseball cap. Apparently, the pictures and videos that Klum posted later on social networks were taken by her husband, Tom Kaulitz. He accompanied his wife to Las Vegas. And, by the way, he was absolutely delighted with her outfit, unlike the vast majority of Internet users. “It starts to seem to me that she is trying to follow in the footsteps of Madonna,” “Heidi, we know that you have a beautiful figure; you don’t have to wear this all the time” “I would not have dared to wear such an outfit at any age,” “I think what could have been better sewn for Heidi, ”the followers of the star discuss.

In another post, she kissed Tom, whom she married in 2019, while they were standing in the elevator. The Tokio Hotel guitarist wore an orange short-sleeved silk shirt with oversized striped trousers.

Kim Kardashian shows by her example that you definitely cannot do without cargo pants in the summer of 2022
Caitlyn Jenner Has Something To Say To Whoopi Goldberg After She Defends President Joe Biden
We use cookies on our website to give you the most relevant experience by remembering your preferences and repeat visits. By clicking “Accept All”, you consent to the use of ALL the cookies. However, you may visit "Cookie Settings" to provide a controlled consent.
Cookie SettingsAccept All
Manage consent